Police brutality against African-Americans has been the subject of some of the best films of the last year. Blindspotting, BlackKklansman and The Hate U Give have all tackled the issue with a mix of passion and fury, challenging audiences to get out there and change things.

Monsters and Men, the first feature from Reinaldo Marcus Green, deals with the difficult subject matter in a more understated manner. It follows three characters who are caught in the aftermath of the shooting of an unarmed black man by a white police officer; Manny (Anthony Ramos), who captured the incident on video; Dennis (John David Washington) a black officer on the same force as the killer; and Zyrick (Kelvin Harrison Jr.), a budding baseball star who is inspired into activism by the killing.

Building on an impressive debut lead performance in BlackKklansman, John David Washington is the standout here, again playing a black police officer. The shooting places his character in an impossible position. Almost everyone in his life asks him to pick a side; his fellow officers want him to support his colleague, his friends and family ask that he condemns him – and by extension the police force as a whole. Dennis, who considers his job a calling, cannot do either. The film has endless empathy for his predicament, whilst acknowledging that there are no easy answers. 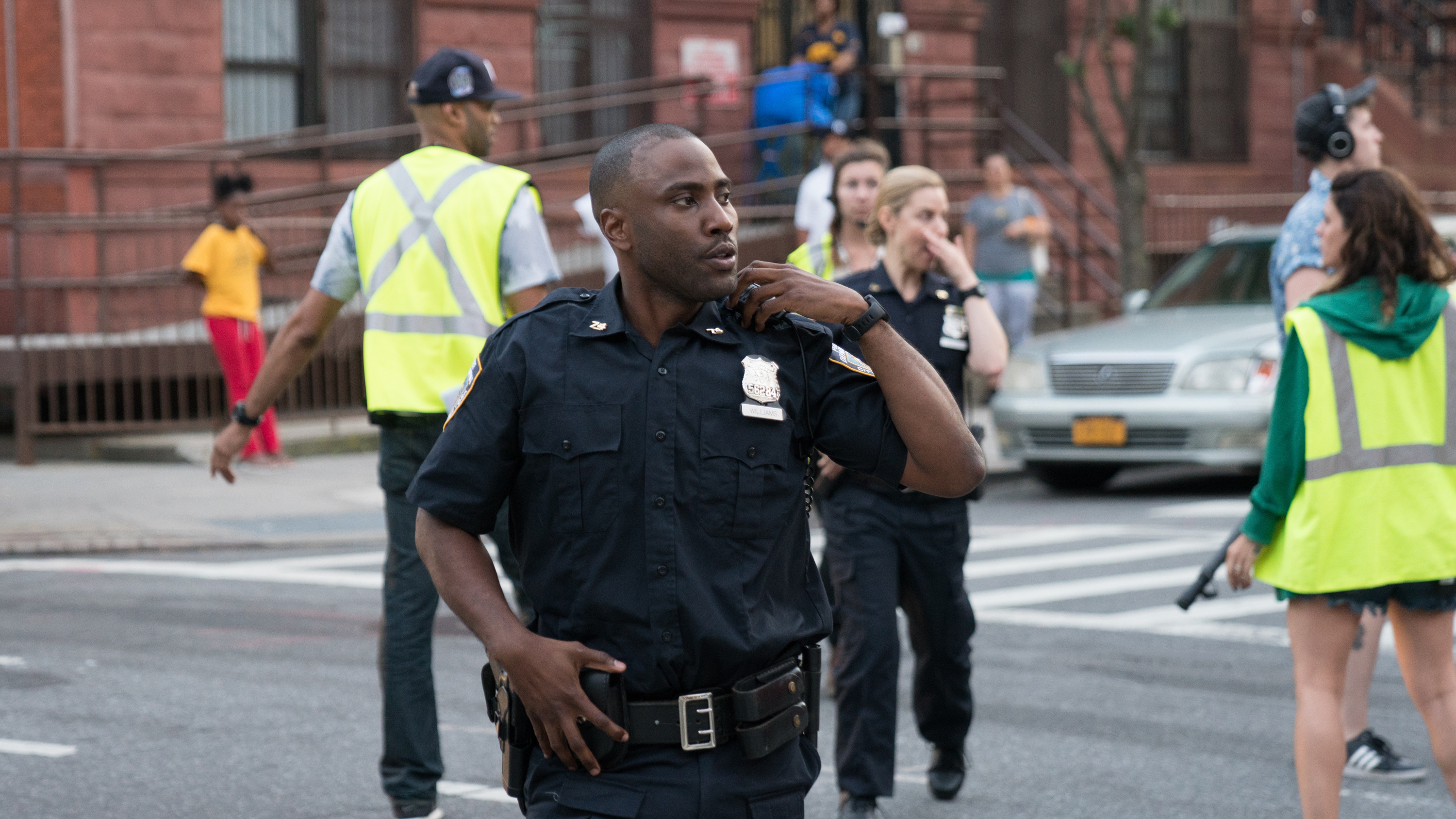 While Monsters and Men lacks the furious energy of the Hate U Give and Blindspotting, it has no shortage of nuance and consideration. If those other movies are visceral cris de coeur, Monsters and Men is a thoughtful conversation.

Which is not to say that it is all head and no heart – the three engaging lead performances and Green’s reflective screenplay ensure the emotional consequences of police racism never go overlooked. The movie’s opening scene is perhaps the best example of this. Dennis is in his car, happily singing along to Marvin Gaye’s ‘Let’s Stay Together’. Then there’s a siren. He pulls over, the music goes off, and every muscle in his face has the exhausted, frustrated look of, ‘Here we go again’. He goes through the process calmly, and the cop who pulled him over waves him on. Later, he tells his partner that that was the sixth time he’d been pulled over that year.

Although there are plenty more charged encounters in the movie, this opening scene is a real microcosm of Green’s message. Dennis is just trying to get on with his day, he’s not doing anything wrong, and yet he gets pulled over – by a colleague no less! – because of the colour of his skin. He’s about as upstanding a member of the community as you can get, and even he can’t escape the racial bias of the institution that exists to protect him. In this sequence, and many others throughout Monsters and Men, Green portrays the emotional toll of living with the knowledge that you can be approached by the police at any time, for no reason. And that could be the end of you.

While Monsters and Men isn’t as energetic or impassioned as BlackKlansman, Blindspotting or The Hate U Give, Reinaldo Marcus Green’s nuanced screenplay makes it a valuable addition to the growing sub-genre of films about deadly police racism.

It Comes At Night Review