War for the Planet of the Apes Review

If you take a look at modern American cinema, you could make the assumption that the country is fearful of an impending apocalypse that will wipe out society as we know it, leaving humans to revert to primitive survival skills. Whether it’s the endless succession of young adult franchises, un-killable zombie films or intelligent apes, America is clearly anticipating a chaotic and paranoid future. Director and writer Trey Edward Shults adds to this dread-filled back catalogue with his second feature, It Comes at Night.

The film centres on Paul (Joel Edgerton) and his family, wife Sarah (Carmen Ejogo) and son Travis (Kelvin Harrison Jr), as they try to survive in a post-apocalyptic America where the population has been drastically affected by an unknown virus. Only able to trust his own family, Paul is pushed to the edge of paranoia by the arrival of young couple Will (Christopher Abbot) and Kim (Riley Keough), as well as their young son. Yet, as their friendship starts to grow, Paul begins to notice inconsistencies in Will’s story, making him even more distrustful.

If there was a Venn diagram of thriller and horror tropes, It Comes at Night lives in the grey space between the two. Yet, throughout its ninety-seven minute running time, it struggles to find a balance; the survivor’s reality is scary enough subject matter to tackle, especially in the conclusion, making the more traditional horror elements feel tacked on in an attempt to solicit cheap scares. The perfect example of this concerns Travis’ grandfather (David Pendleton) who we see infected, killed and then burnt all in front of his grandson. A close, detailed examination of Travis’ grief and loneliness, as well as the character coping with seeing his grandfather shot and burnt by his own father, would have focused on the last surviving ounces of humanity in a dishevelled society. Yet, Shults interjects the narrative with gory, over the top dream sequences featuring Travis’ grandfather that feel like an obvious reference to Travis’ emotions, rather than a subtle allusion. 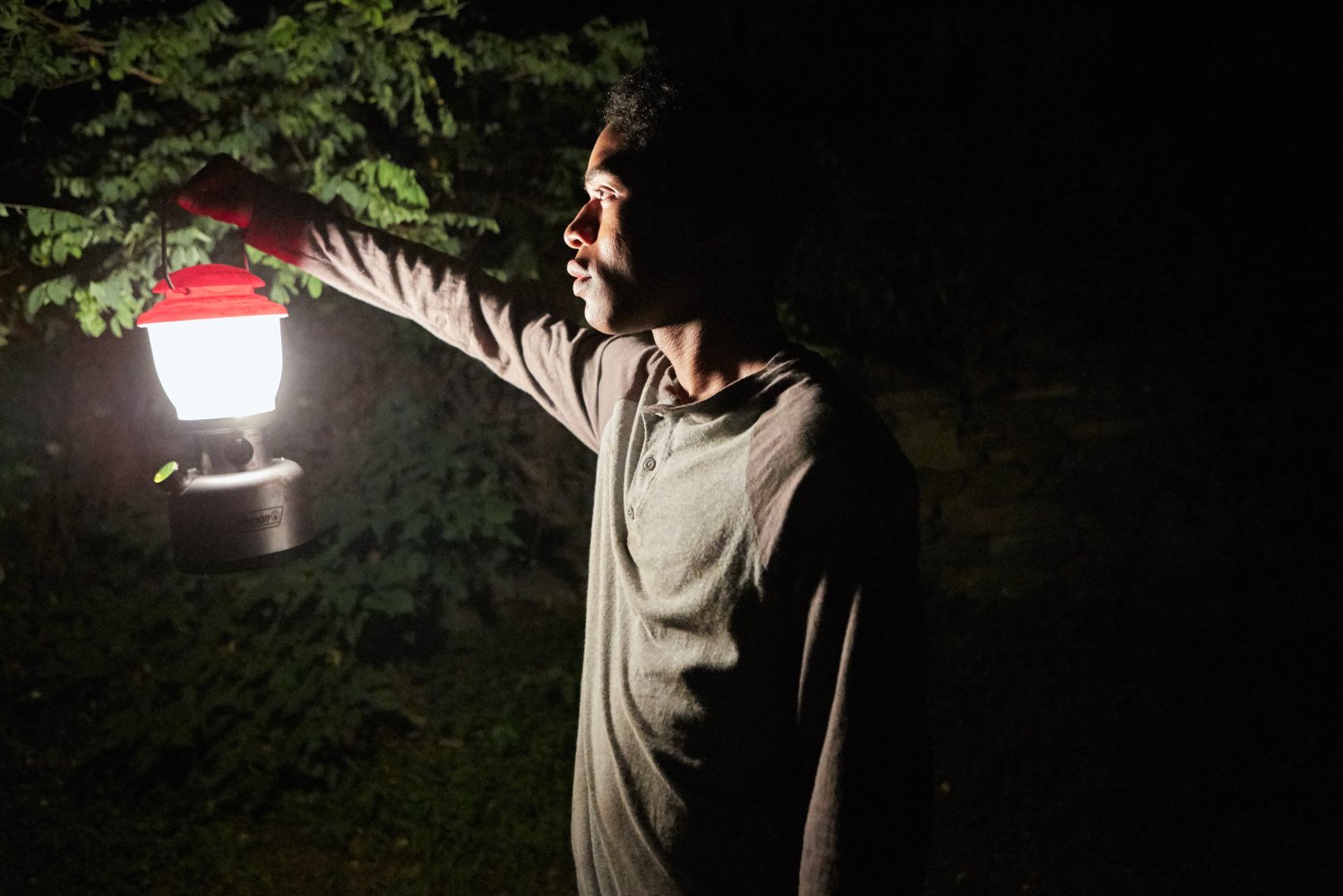 Despite these jarring elements, the film somehow manages to secure a consistent tone as Shults does a brilliant job of creating a feeling of psychological claustrophobia as Paul and his family are trapped by their own paranoia and anxiety, leaving Travis locked in a constant battle with his survival instincts and immature naivety. Yet this highlights another glaring issue with the film. Travis is the film’s most interesting and complex character, a young teen who voyeuristically watches love and romance blossom while he is painfully alone in a lonely world. Much like the manner in which he handles his grieving, Schults struggles to fully examine Travis’ loneliness, leaving a glaring opportunity for emotional investigation. Harrison Jr. manages to carve out a solid performance despite being able to offer much more than he is given. Edgerton continues to prove to Hollywood just how dependable he can be in a lead role, while Ejogo struggles to get enough screen time to fully flesh out her character.

Ambiguity is a common, effective feature of the post-apocalyptic genre but at times it doesn’t even feel like the director knows what has happened to civilization. Do the infected turn into zombies? Are people just paranoid? The film eventually becomes so rife with ambiguity that it becomes grating, ultimately resulting in the film losing its grip on you despite its impressive opening. It’s not that clear answers are the answer but a more precise exercise in ambiguity would have been more rewarding. David Michod’s exceptional yet underrated The Rover is proof that ambiguousness is powerful but sadly It Comes at Night pales in comparison.

There is a more interesting and deeply emotional film trying to get out but it’s held back by repetitive jump scares and unnecessary horror undertones. It’s surprising just how much the director manages to cram into the film’s slim running time but his over ambition is ultimately his downfall. He sets so much up that he neglects to dig any deeper than the surface level.

War for the Planet of the Apes Review