What’s the problem with electronic music? Electronic devices. As Matt Berry, the man behind tonight’s headliner Marble Empire, remarks: ‘something always goes wrong when there’s a laptop on stage’. The prediction is fulfilled when support act Two Legs suffer an almighty electrical snafu at the start of their set, shutting down their keyboards and prompting a fifteen minute delay. The scramble that ensues looks like a cross between National Grid maintenance and a speed-knitting competition.

Happily, the crowd are here for a party, and no-one seems to mind the interruption. Tonight is the latest in a series of electronic music nights named Limbs, billed as ‘specially created for those caught between the dance floor and concert hall’, and the atmosphere is relaxed and joyful. It’s the hottest day of the year, Regent’s Canal is just outside, the sunset is magical… life is good. Even the beer isn’t toohorrendously expensive. We can live with a little Spinal Tap whoops.

Proceedings are kicked off by Rainbow Shark, weaving eerie soundscapes that sit somewhere between CHVRCHES and Joy Division. Their set gets the early appearances moving, matching earnest, angsty vocals with some razor-sharp Nile Rodgers guitar and bass that wouldn’t be out of place on a Sly & The Family Stone record (played, incidentally, by Andrew Scott’s body double).

After the aforementioned blooper, Two Legs also hit their stride, giving us a well-executed half-hour of shiny pop. Their material is a little lighter – more samples, closer to ambient, but still with a good beat and a party edge that keeps the energy high. 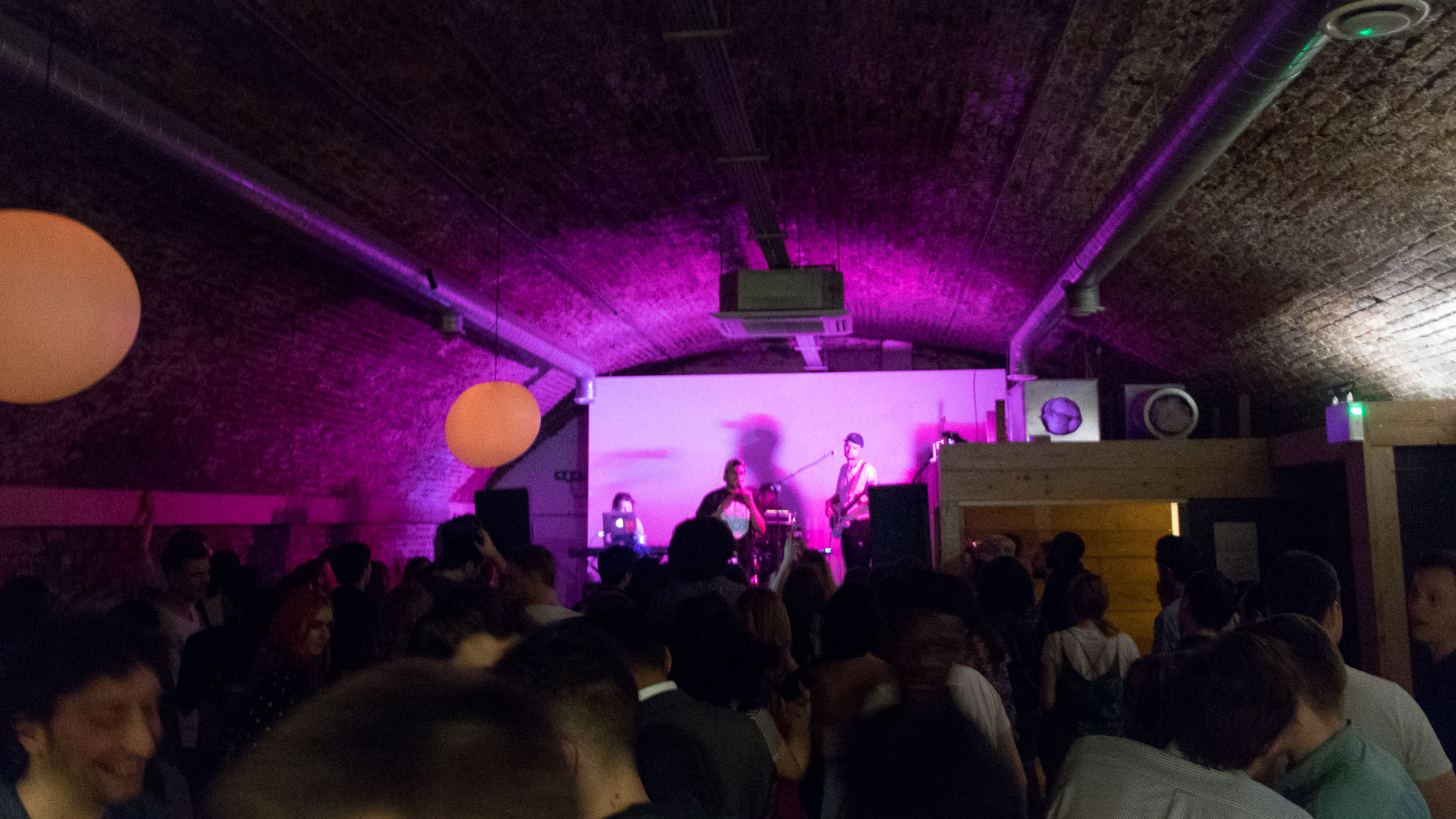 For a fair number of the people in this room, though – myself included – tonight is about Marble Empire. For those who missed our Q&A with Berry, your key words here are ‘Jungle’ and ‘Ben Kahn’ – that silky mixture of programmed beats and bluesy guitar with falsetto vocals over the top. In a sea of bedroom warriors, Berry’s music stands out as the real deal. His polished production, fleet-fingered guitar and catchy hooks demand your attention, and, at the bottom of it, he writes damn good songs.

Tonight is the debut outing of the newest live incarnation of the band, a trio format consisting of keys, drums and Berry on guitar, bass and vocals. With a curtailed set time we get the abridged version of what had been prepared, but the band don’t show any signs of nerves and deliver a pitch-perfect set, hitting every syncopated rhythm and electronic flourish with aplomb.

Berry’s co-conspirators Lyz Menard and Joe Snelgrove are simply brilliant, providing a pulsating base for the lead man’s nifty guitar and yelping vocals. There’s a lot of new material on display tonight, and it’s a pleasant surprise to discover just how good Berry’s lead work is – he avoids the bog-standard single-string indie guitar trap and instead treats us to some wonderfully fluid workouts.

Altogether the effect is professional and accomplished – it’s hard to believe these guys all have regular jobs to keep them occupied during the day. The music is driving and funky, fresh but steeped in the best of electronic and funk past; touched with melancholy but firmly optimistic in the face of it. 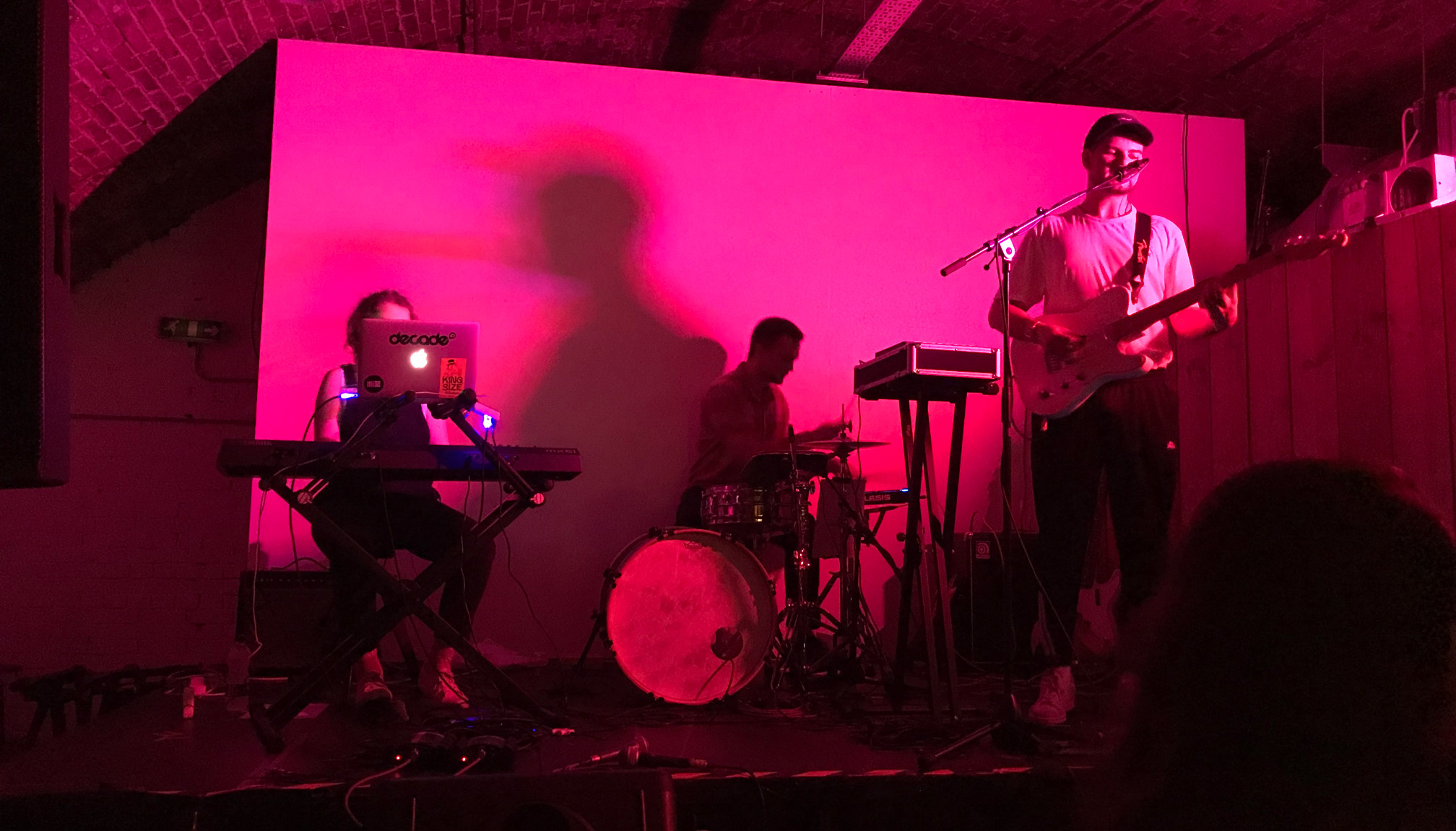 Even better, the second half of the set sees Berry bring some of his growing network of collaborators up onstage. We get arm-waving balladry with Tchengiz’s boy-blue vocal stylings, chirpy rap and cheerful mugging from KarimThaPeasant and then, in an indisputable set highlight, Katya DJ belting out ‘Head Above The Water’, whose studio version she also graces with her astonishing vocals. The quality of her voice really can’t be overstated – she’s in the same ballpark as Lily Allen and Jessie J, but with the authority and power of Alabama Shakes’ Brittany Howard or Etta James. As a closing number it’s a masterstroke, all clashing drums, laser-beam synths and that lion’s roar.

The great take-away from this gig is the pure joy that comes from making music. Most of these artists are amateur, in the technical sense, but the glee written on their faces and the chilled-out atmosphere in the crowd is proof that if you put the work in, there’ll always be good times to be had in the space between dance floor and concert hall.

A great night all round and (we’ve said it before) – watch Marble Empire closely. There’s quality there that deserves to go far.