The quote is from my brother, and the ‘he’ is Antonio Banderas. And it would appear that no, he is not doing so well. The last film he made a cinematic mark in was Pedro Almodóvar’s The Skin I Live In, and that was released seven years ago. Since then, he’s been occupying himself with underwhelming dramas (The 33, Altamira, Black Gold), and direct-to-video fare like Security, Black Butterfly, and his latest effort, Acts Of Vengeance.

In Acts Of Vengeance, Banderas stars as Frank Valera, a famous, successful defence lawyer. After his wife and daughter are murdered, and the police run out of leads, Frank takes a vow of silence and pledges to hunt down the killer himself.

Yes, there is very little to differentiate Acts Of Vengeance from the plethora of direct-to-video revenge films already in existence. It’s generic in just about every way; there’s a surfeit of slo-mo, a broken promise that haunts our protagonist, a training montage. At one point Banderas punches a mirror and then stares into the shattered glass, moodily. It’s all a little embarrassing. 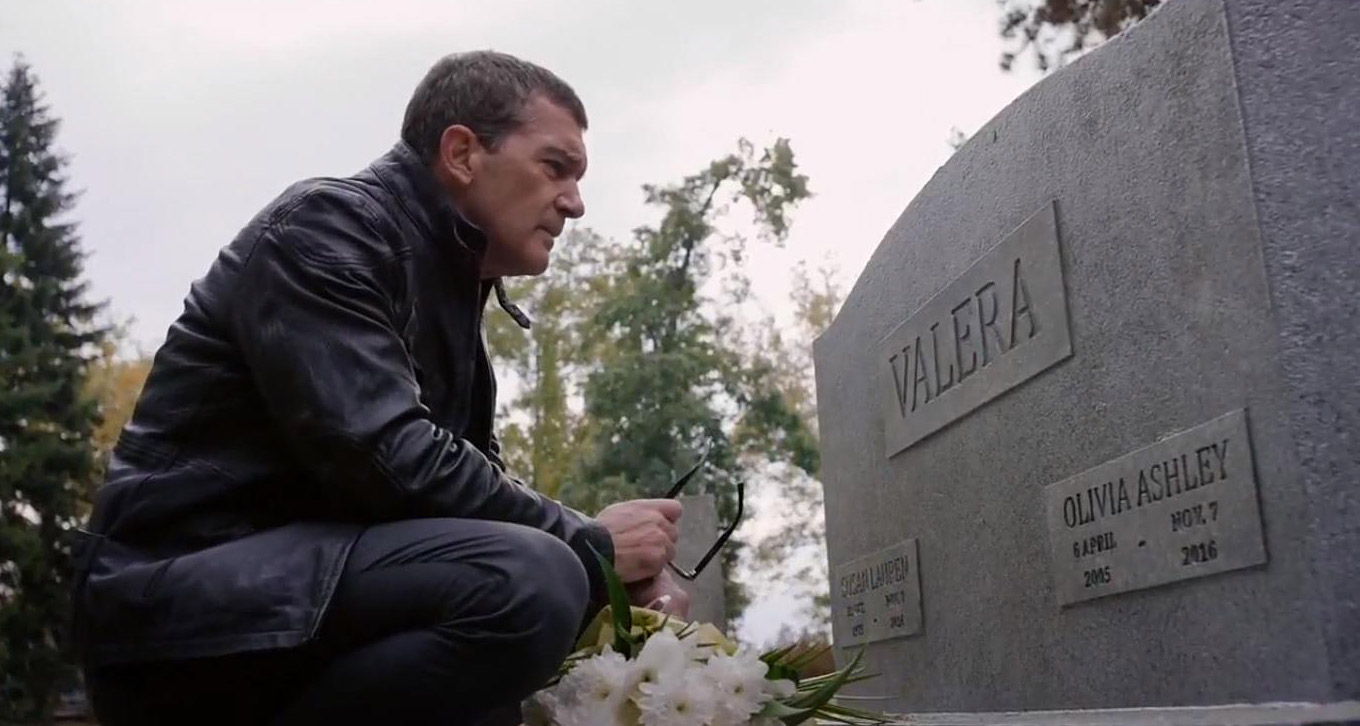 The movie also chickens out of the one thing that might have made it interesting – Frank’s vow of silence. Frank pledges to let his actions do the talking as he hunts down the mysterious killer. Which would have been a good idea, and Banderas has the acting chops to pull it off. Instead, however, we are lumbered with a pointless voiceover. Sure, Banderas’ voice is so iconic, to not use it could be seen as a waste. But to have his voice constantly piping in negates the whole point of a vow of silence.

Unfortunately, it also means we have to suffer through more dialogue. There are plenty of contenders for the worst line here. Many are dedicated to hammering home Frank’s point about the emptiness of words. There’s a clunky monologue where he explains the tenets of stoicism (Acts Of Vengeance is obsessed with Marcus Aurelius in a way that’s really quite endearing). My favourite though, delivered in voiceover as Frank is tailing the killer, crosses into ‘so bad it’s good’ territory; “I chased him, as my demons were chasing me.” Beautiful. 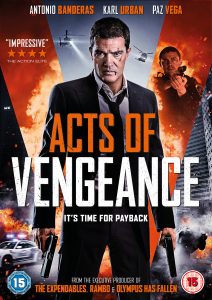 The film is gifted with a much better cast than it deserves. Robert Forster pops up in a one-scene-wonder as the furious father of Frank’s dead wife. There’s a beefed-up Karl Urban, playing a cop with a mysterious moonlighting job, and Paz Vega as Frank’s nurse and helper.

So then we finish where we began, with Antonio Banderas. He is by far the best thing about Acts Of Vengeance, even if that isn’t saying all that much. He keeps you on side with his effortless charisma, however bad the words he speaks, and however many generic tropes he’s forced to trudge through. If he has truly decided to make his new cinematic home in sub-par B-movies, then they’re lucky to have him.