Nearly five years on from when Bastille first started making waves among audiences, they’ve embarked on their first ever arena tour of the UK; the venues are bigger and the audiences now stretch into the thousands (if not tens of thousands), but even before the band took the stage, the air was still filled with the kind of nervous, excited energy you get in smaller gigs when you’re expecting to see something good.

Of course, this was helped by two very strong support acts – including Jagara, in their first night with the band, and Rationale, who’s been there from the tour’s beginning in Bournemouth on Friday (October 28) – and the video clips of the very same figure who features in the band’s video for ‘Fake It’ as he reports live from Wild World Communications to announce each of the acts and to fill in the time between performances. And when Bastille walk on the stage to cheers and rousing applause, there are no gimmicks – just a bunch of guys with some songs to sing and music to share – and for the most part they let the three giant screens on stage with them do all the storytelling. 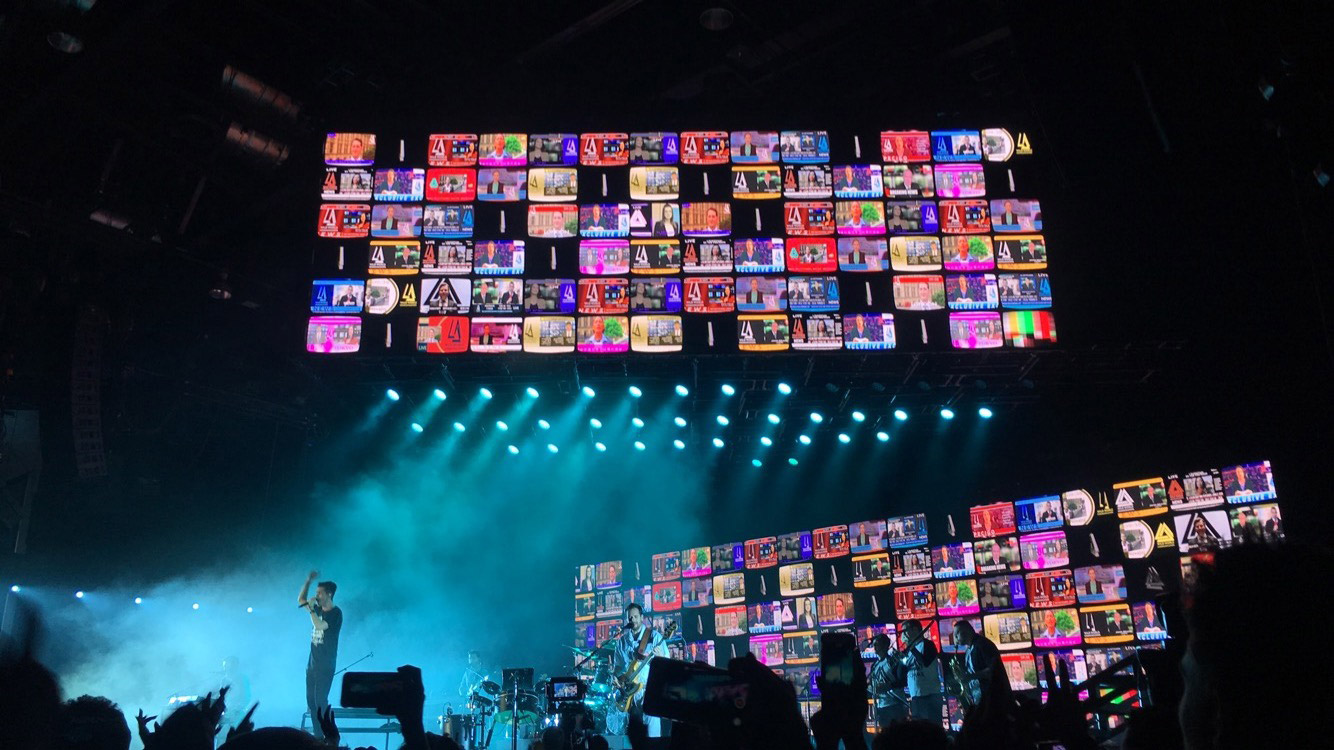 Complete with a three-piece brass band and a two-piece string accompaniment, Bastille kicked off their set with the ever-triumphant ‘Send Them Off!’ and set an early precedent for the kind of bouncing across the stage that lead singer and frontman Dan Smith was going to keep up for the rest of the show. It was a momentum that was easily maintained through the first five tracks of the night especially, jumping from ‘Laura Palmer’, ‘Warmth’ and ‘Snakes’ with big beats and big energy, before culminating with fan favourite ‘Flaws’, which saw Dan make his way through the audience to jump up on a small stage at the back of the hall (he later apologised for knocking over someone’s pint while doing so).

He would use this stage again later on for ‘Of The Night’ while his band remained on the main stage, still decked out in the now-familiar Wild World Comms white jumpsuits that Dan had pulled off two songs into the show, and encouraged the crowds to get involved in his self-described awkward dancing by jumping together throughout the chorus. But as great as this was, in terms of launching himself into unexpected parts of the audience, nothing can compare to Dan’s performance of moody and stripped-back first encore track ‘Two Evils’, which was performed alongside his guitarist from a balcony at the top of the arena, before they ran back to the stage to finish on a high with ‘Icarus’ and ‘Pompeii’. 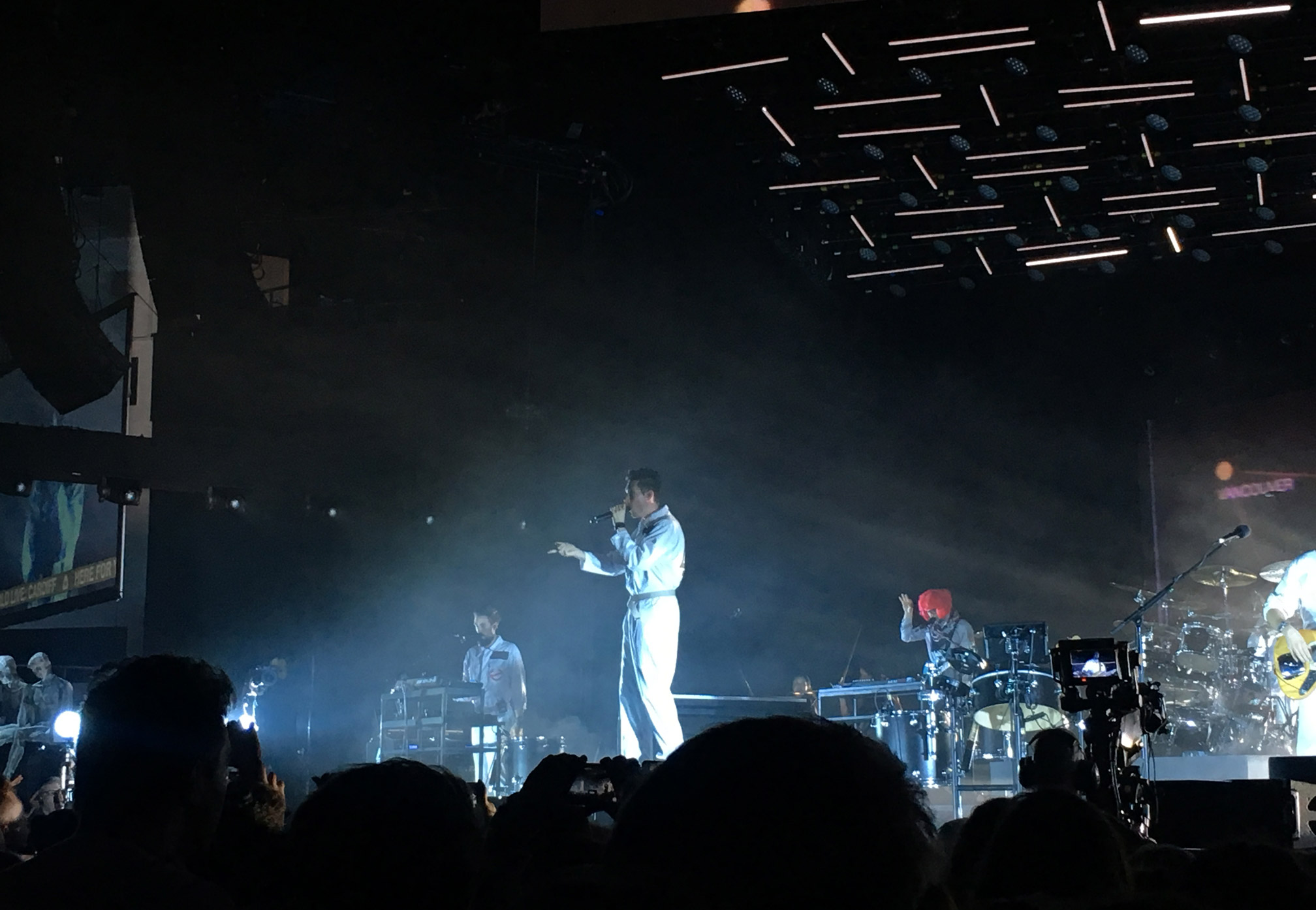 There’s a lot to be said about the band’s showmanship throughout the night, and anyone who caught a few clips of Bastille’s festival sets this summer – and particularly their Bestival set, which came just two days after Wild World was released – will know the kind of totalitarian, nanny-state ideas the band play with throughout their performances, made all the more evident in this live show with all the focus on screens, television reporting and video storytelling.

But along with this performance style comes the band’s determination to give the fans what they pay for. A lot has been said of Bastille’s surprise at their own success, but it feels like it’s the push they want to deliver only the best to the fans they’re probably a lot more appreciative of than they would be otherwise. Which is why audiences often find themselves, as we did here, jumping from popular, radio-friendly hits to more obscure album favourites all the way through to unreleased, extended album edition B-sides that had us all singing along to every word regardless – and proving no match for Dan’s incredible, studio-sounding live vocals.

And with it all came the sincere hope that the thousands of fans gathered had enjoyed the new album that’s been years in the making. “Sorry it took us so fucking long,” Dan added over the screams from overjoyed fans.