Another year passes, and so too does another series of Line of Duty. Indeed, this time, it really was just a year between this series and the last, rather than the two-year gap between series 1 and 2, and series 2 and 3. We’re back to a two-year wait for series 5, slated to air in 2019 as of news following last night’s finale. But let’s not get ahead of ourselves and lament the wait until next time before we’ve even discussed this time, because once again we were treated to thrilling drama throughout.

To call Line of Duty thrilling is in a sense to call the Pope Catholic; it’s at the point where it doesn’t really need saying anymore. The show has consistently produced some incredible action moments in the past, from shockers like Georgia Trotman being thrown out a hospital window in the series 2 opener, cutting short her red herring-flirtation with Steve (Martin Compston), to the armed chase between Kate (Vicky McClure) and Dot Cottan that closed out series 3. The law of serial escalation dictated that we should get more such moments in series 4, and we certainly did.

This time, it was Steve who had seemingly met an untimely end, thrown down a stairwell. Meanwhile, the series ended last night with all the intertwining threads converging at AC-12. Royce Pierreson’s DC James ‘Jamie’ Desford and Patrick Baladi’s lawyer James ‘Jimmy’ Lakewell were both revealed to be the complicit in the ever-expanding conspiracy (the nicknames for the two ‘James’’ were of subtle significance throughout, reinforcing Jamie’s marginalisation at AC-12, and revealing Jimmy’s personal friendship with the Huntleys), while Roz (Thandie Newton) acted as a mediator, begging Jamie not to make the mistakes she had made. 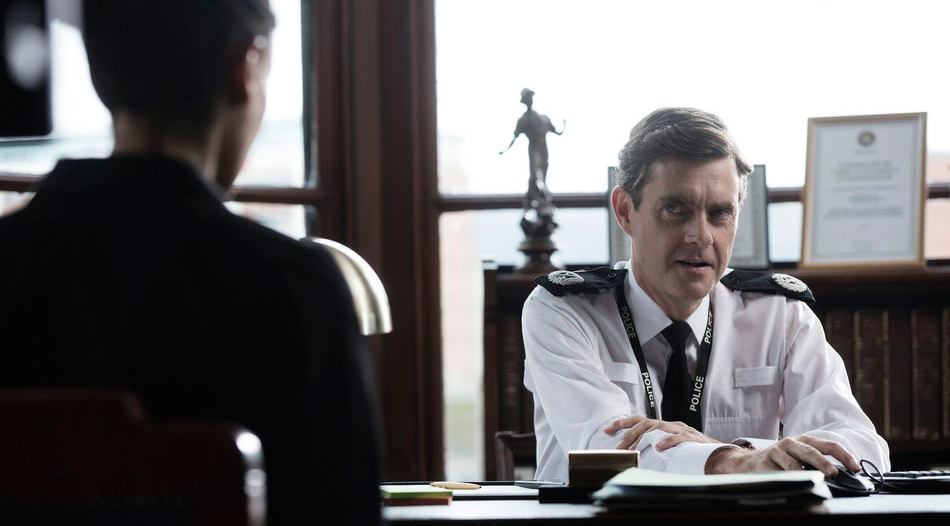 These action sequences might be the ones that stick in the memory, but what makes the show quite so distinctive and successful is the balance it achieves through going where no other crime drama really goes, with the now-famous lengthy interrogation scenes that crop up each series. With each new main suspect comes a new dynamic, a new personality for AC-12 to play against, and in Newton’s DCI Roz Huntley, there was once again brilliant character work put in to building up the nominal ‘adversary’. Like the headliners – Tony Gates, Lindsay Denton, Danny Waldron, Dot Cottan – before her, she was clearly guilty; the question was what of, why, and what lengths she would go to reach the holy grail of survival.

The answer, in Huntley’s case, was pretty damn far. No-one was off limits, not even her own husband, in trying to secure her freedom. By the end, she had even lost her hand due to hiding her infected wound from her earlier tussle with Tim Ifield, a permanent, physical reminder of her commitment to hiding the truth. She played the ‘game’ remarkably well, rarely letting up her act, but the two moments when she broke were telling: when she realised her hand had been amputated, and when she finally confessed to Tim’s killing, clearing Nick (Lee Ingleby) because ‘their children needed a parent’. Those were the points she knew there was no return from; she couldn’t regrow her hand, and she couldn’t retract her confession.

In both cases, and throughout the series, Huntley was defined by her desire to be in control, above all else. She continually ignored medical advice, not because she was busy – as shown by her accepting Jimmy’s call immediately after rejecting one from her surgery – but because she truly felt she could handle it herself. She made sure of everything she could: making her movements almost untraceable, by anonymously using a particular taxi company, and by leaving her phone at home. She manipulated those around her brilliantly, from the aspirational Jodie (Claudia Jessie) who always wanted to please her boss, to her husband Nick, who she emotionally, and perhaps physically, dominated, to even her superior, ACC Derek Hilton (Paul Higgins), whose sexual attraction to her she spun into his downfall by obtaining his burner phone number. Even as she confessed to her crimes, she thoroughly implicated Jimmy Lakewell, tricking him into representing her, ensuring he remained in the room as he prepared to abscond by confessing, and revealing his part in the framing of Michael Farmer. The look on Ted’s face as, after confessing to her crimes, she asked if she was still technically a police officer and then arrested Jimmy, said it all about her mental resolve.

If there was an area in which the character was let down, it was that she wasn’t quite as rounded as she was perhaps meant to be. There wasn’t enough of the Huntley children, who seemed to only get wheeled out when it was necessary, so that it wasn’t quite clear whether the relationship between Roz and her kids was generally positive, and only frosty because of the events of the series, or whether there was already tension due to her long working hours. The lack of context was hard to avoid given we only meet her once she is in ‘the line of duty’ in the first episode, but it did deprive Newton of portraying a key facet of the role, where she excelled otherwise. Similarly, her relationships with Nick, Jodie and others seemed more tell than show; dialogue told us of the value of her marriage, of her rapport with Jodie, and her reputation professionally, yet body language, expressions and events didn’t quite support this. Such issues were wholly forgivably, however, because even without this context, Huntley was still a fantastic character, on par with Keeley Hawes’ Denton in helping to truly define the show beyond purely being ‘the villain’. 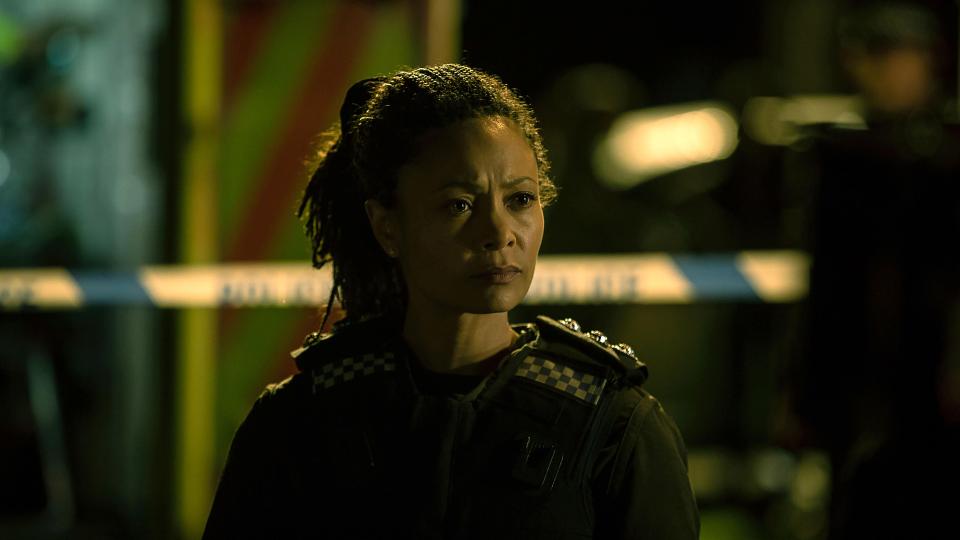 As the show has progressed over the years, it has become clear that it’s more than just a series-by-series affair, with increasing connectivity between years. Last year brought Dot’s arc as ‘the Caddy’ to a close with his death, and did the same for Denton, while this series brought further connections to the fore. The whole ‘H’ business did seem somewhat amusing, given it seemed tenuous for a senior officer to accuse another senior officer of corruption, while sharing that same offending surname letter, and so it proved, with Higgins’ Hilton revealed to be a part of, but not the top of, the conspiracy. Elsewhere, there was a brief mention and showing of Gina McKee’s Jackie Laverty from series 1, while the final episode saw a return for Aiysha Hart’s DS Sam Railston, and an awkward reunion with Steve to boot.

All of these elements serve to expand the scope of the show as it develops, and the final scenes of the series seemed to point to a final confrontation of sorts with whoever is at the top of this conspiracy. Judging by comments from showrunner Jed Mercurio, whether that confrontation comes in series 5 or further down the line depends on whether Ssries 5 is to be the last of the show. If more series are commissioned by the BBC – and with healthy viewing figures for the finale, and critical acclaim once again, it’s hard to see why they wouldn’t.

There was a secondary connection to series 3, in the use of the main narrative as a Trojan Horse for thematic exploration. Last series saw Danny Waldron’s implication (and untimely death) as a entry point for a narrative concerning historical sexual abuse of children, Operation Yewtree, and the impact upon surviving now-adult victims such as Daniel May’s Waldron, and Jonas Armstrong’s character Joe Nash. This year brought a recurring thread of everyday, institutional, and workplace sexism in an array of forms. Ted Hastings’ demeanour has always been particular over the years, to the point that Huntley’s accusations against him were less of a reveal, and more of a recognition of his attitudes. Then there was the uneasiness between Steve and Kate stemming from Steve’s seeming emasculation at Kate’s promotion to his equal at the end of last year, leading to his further promotion over Kate prior to his assault. The case against Lindsay Denton became crucial once again, in Steve’s sexual activities with her during that investigation.

Huntley wasn’t innocent either, as while she certainly was accurate in pointing out the non-gender neutral language used by Hastings, Steve’s murky history, and Kate’s forced professional stagnation perhaps owing to her gender, her aforementioned manipulation of Jodie and framing of Hanna Reznikova’s (Gaite Jansen) professional sexual proclivities exploited their feminist standpoint. Jodie wanted a female colleague and boss who had her back; she thought she did have that, while we knew it not to be the case. It would have been interesting to briefly revisit Jodie right at the end during the final montage of ‘what happened nexts’, purely to examine the impact of the realisation of her manipulation. 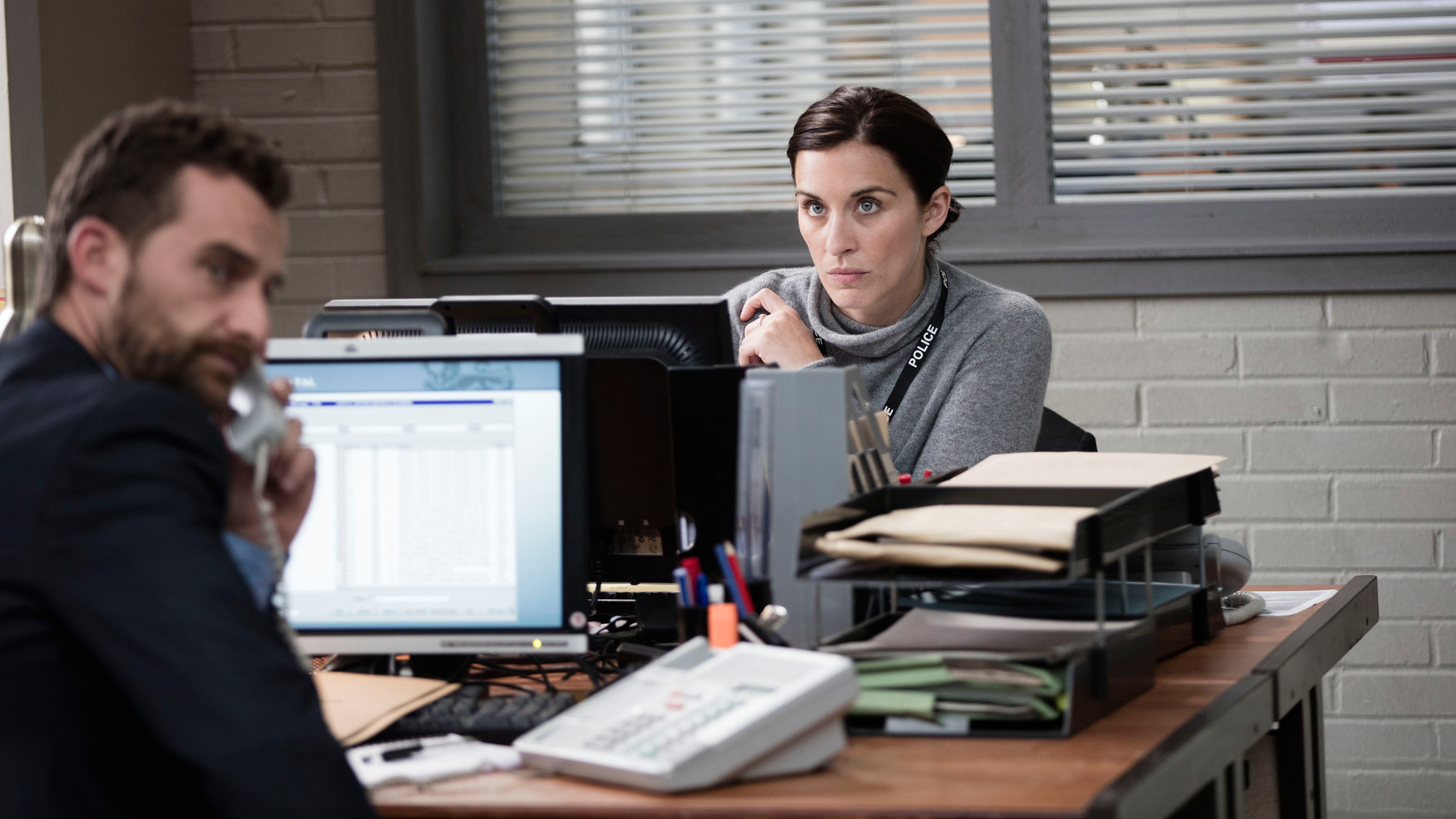 Perhaps more than previously, there were gaps in the narrative that it felt hard to fill. Would any police officer really write their username and password on a post-it like Jamie did for Maneet, and then not mention it when pressed as to why their username was used to access certain files? Speaking of Maneet, is she part of the conspiracy? That would explain why she was passing files to Hilton, who certainly was corrupt, but there didn’t seem to be much motive for her to be working under the table, given she seemed a morally-sound, right-minded officer with a child on the way and in need of stability.

Elsewhere, while it paid off in the end, why exactly was Roz allowed to choose to be interrogated by AC-12? They had just been recused from duty, Ted was at that point under his Reg 15 ruling, and since when can a suspect, even one who is an officer, decide they’ll be interviewed by someone other than the officers who just arrested her? The fact that both Steve and Roz surviving seemingly significant head injuries also seems a bit much, especially given the amount of blood seeping from Steve when we saw him lying on the stairs after being thrown, but medical logic is possibly harder to depict that detective logic, given it relies on specific physical circumstances the viewer might be unaware of, and can cause a disconnect between what’s seen and the outcome.

Still, it wasn’t quite as a clean a series as before. Does this matter? To some on comments boards that I’ve seen throughout the series, it absolutely does, breaking the illusion of the show. For me, there are holes, as there are holes in just about everything on TV, and the rest of Line of Duty is remarkably good, so I’m inclined to overlook them for the drama they produce. Without Roz choosing her interviewers, we don’t get her confession, nor the final stand-off with Jamie, and so if that is the cost, so be it.

Overall, if it wasn’t noticeable by the length of this review, Line of Duty 4 was bloody good. There’s really not much else to say other than that.

Line of Duty Series Review: A Masterclass In Crime Drama