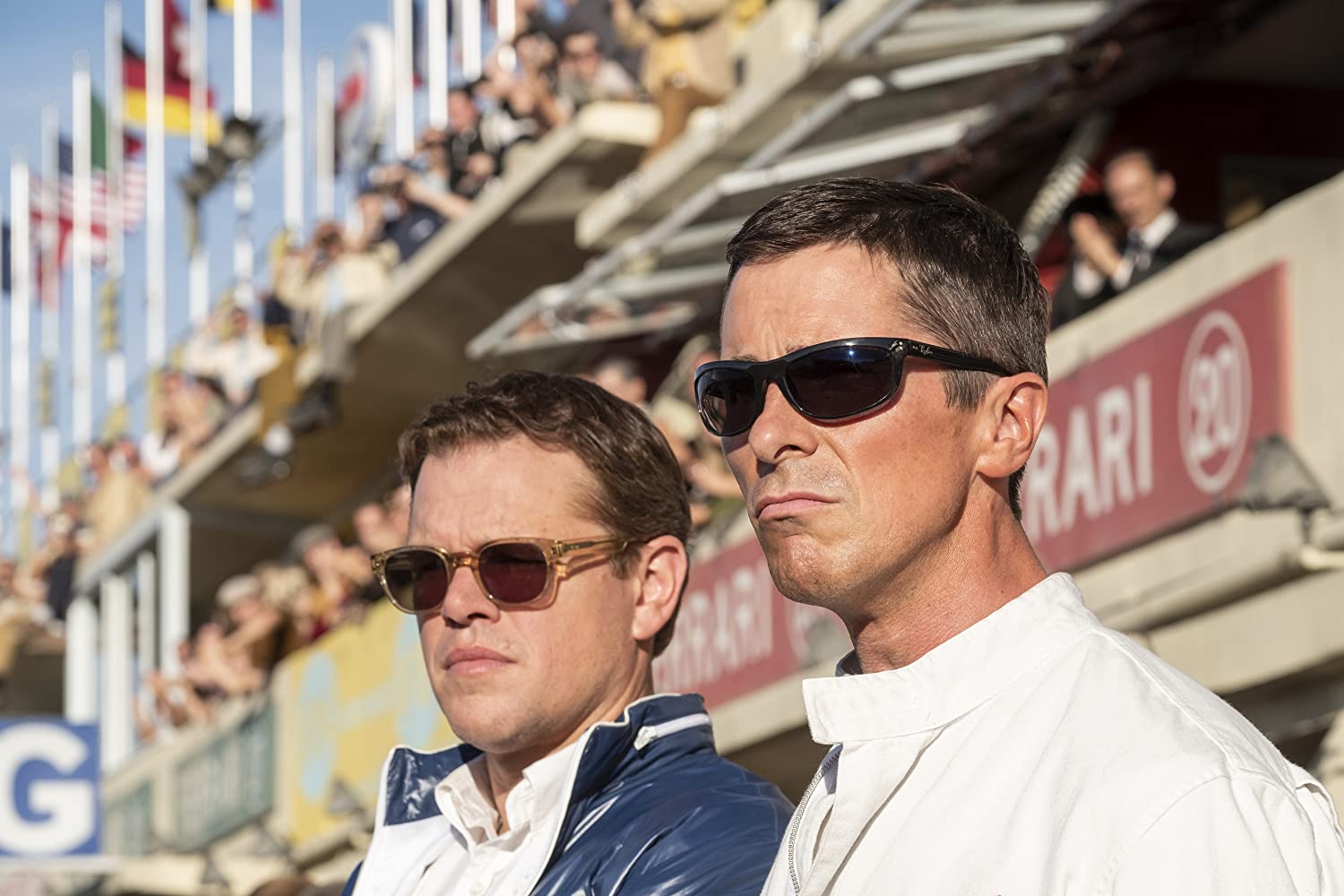 Funnily enough, the title Le Mans ’66 did not appear at this year’s Academy Awards despite the film’s multiple nominations. That’s because in the US, it had a different name: Ford v Ferrari. Directed by James Mangold, Le Mans ’66 garnered four nominations at the prestigious ceremony including Best Picture (and taking the statuette for Best Sound Editing and Best Film Editing), so you can imagine that this is one of the best films of the year. Unfortunately, the film is a clear-cut tale of American success, with an underlying hint of corrupt-capitalism that never truly damns the flawed system and instead lets it off with a slap on the wrist. Vintage cars look slick, drivers are charismatic and crusty old men are simplistically shaped as villains against our rogue racers who carry the film on their presence alone.

Beginning in the early 1960’s, we are introduced to Carroll Shelby (Matt Damon), an ex-racer who has turned to designing cars for a living. Ken Miles (Christian Bale), a British racer, is an acquired taste. He argues, mocks and struggles to hold his temper. He is an exceptional mechanic and driver. He can feel, when inside a vehicle, what needs to be changed to improve its performance. He is the best of the best when it comes to driving and, after a win at Sebring, he is the type of driver that Ford wants to bring onto their team. Ford, in contrast to Ferrari, are struggling with their image. They want to be one of the smart, slick and cool cars – rather than exclusively the family-friendly car that they’re known for. Winning the infamous Le Mans – a twenty-four hour race – is the way to change their image. The challenge? To beat Ferrari, who have won the competition for many years.

Le Mans ’66 is an awards contender. It’s a true-story, has a prestige director in James Mangold (Walk the Line and Girl, Interrupted both became hits due to their awards potential) and acclaimed actors in Matt Damon and Christian Bale are splashed all over the posters. But, with its Pro-America stance, clear functional structure and ‘exciting’ races to ensure you don’t lose interest, Le Mans ’66 lacks innovation and is a story that could (and should) have been told twenty years ago. Two narcissists working together to beat a rival company is hardly the tale of an underdog struggling to make his mark. The fact that Ken Miles is an outstanding racer, but struggles to make ends meet because – shock-horror – zipping around a track hardly pulls in the big bucks, isn’t quite the hard-knock life that we can relate to. 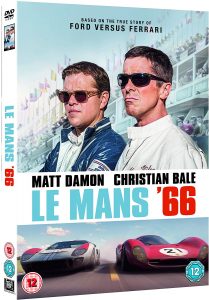 In fact, one of greatest car manufacturers and two impressive racers/car-designers, and yet they are framed as the struggling heroes? The Italians, their opposition, are dismissed in flippant scenes that simplify their own endeavour and achievement in the same field. While you can enjoy the nostalgic framing of vintage automobiles and high-energy races, the real drive of the film is lost early on as Le Mans ’66 is a story that few will be hooked into. Impressive turns from Damon and Bale, and Mangold confidently shooting scenes efficiently, does not make up for the rocky foundations. There are only so many coats of paint you can use when, at its core, this movie struggles from a weak engine and a dull groan that buzzes underneath the glossy hood.