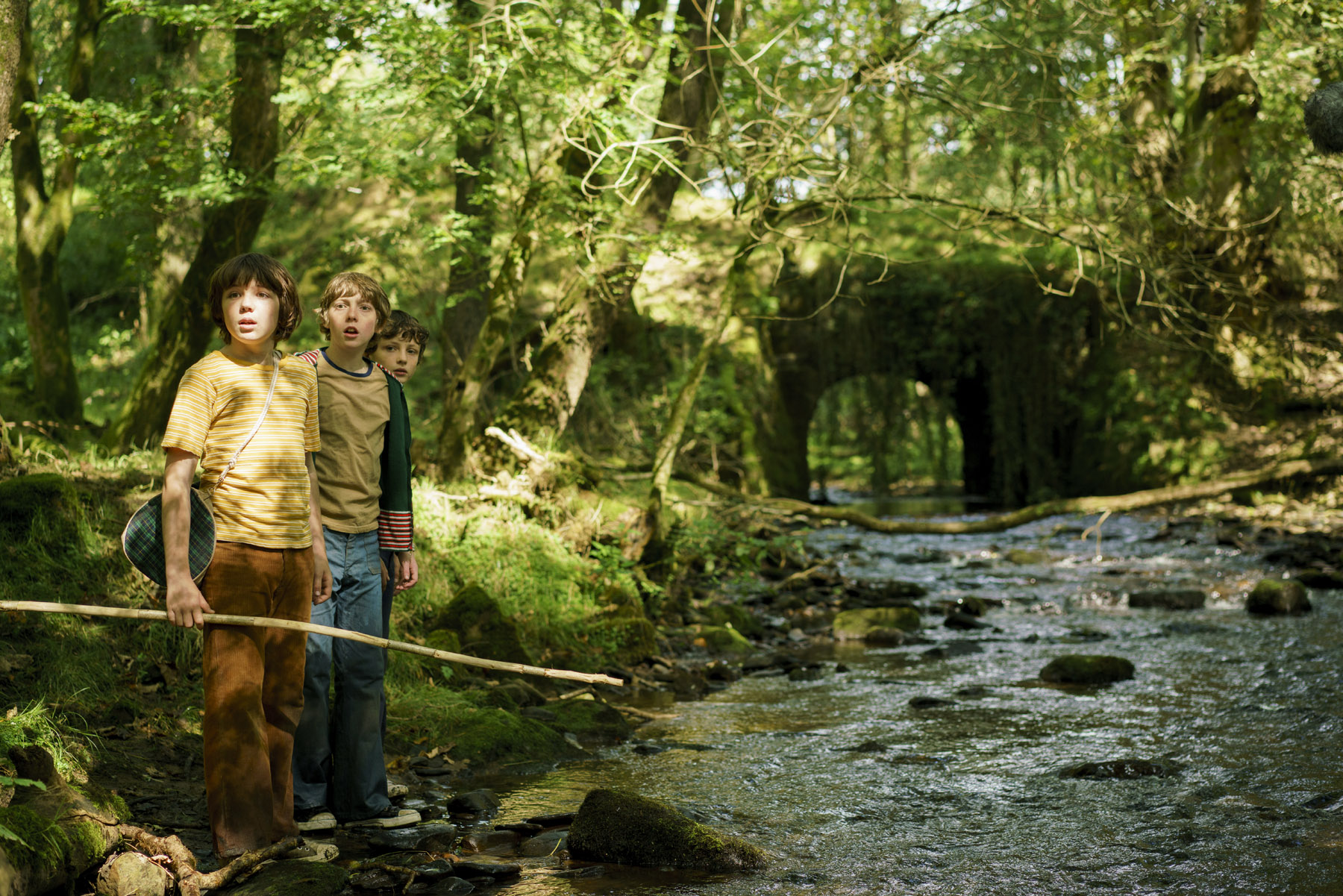 Last Summer is a fragment of time, both in length at 97 minutes and in the lives of the boys who are the focus of this film. Davy (Noa Thomas), Iwan (Gruffydd Weston), Rhys (Rowan Jones) and Robbie (Christopher Benning) are all young boys, and along with Rhys and Robbie’s older brother Kev (Steffan Cennydd), we’re shown what happens in a few days once their small world is thrown out of balance. It’s tragic and painful, while pulling at a desperate hope and resilience that comes, mostly, from Davy’s innate sympathy and determination.

The music is used sparingly and at times we’re left with the ambient sounds of the scenes, which makes this a quiet movie. But it isn’t absence of sound, rather it’s capturing the essence of the countryside and the pre-internet 1970’s world. It’s part of a simpler time; of kids running around the woods and living only in the orbit of each other’s houses and the wilderness. Similarly, the colours in this film are softly muted, offering a clear vision of the past. It’s the time before, remembered softly and with reverence. It’s familiar and easy.

Death hijacks the lives of these five boys and it happens in a visceral, simple way. There is a gasping fear in the beginning scenes and it easily moves you to tears with the intensity. It seems unfathomable why its happening, because we’re following the carefree lives of children. In particular, there’s a focus on Davy, who is innocent but not entirely naive. He wants action and to not let devastation pull everyone down. We follow from his perspective, which visually means we view arguments and discussion from behind walls and not quite closed doors. He lingers, afraid of not knowing what happens next. 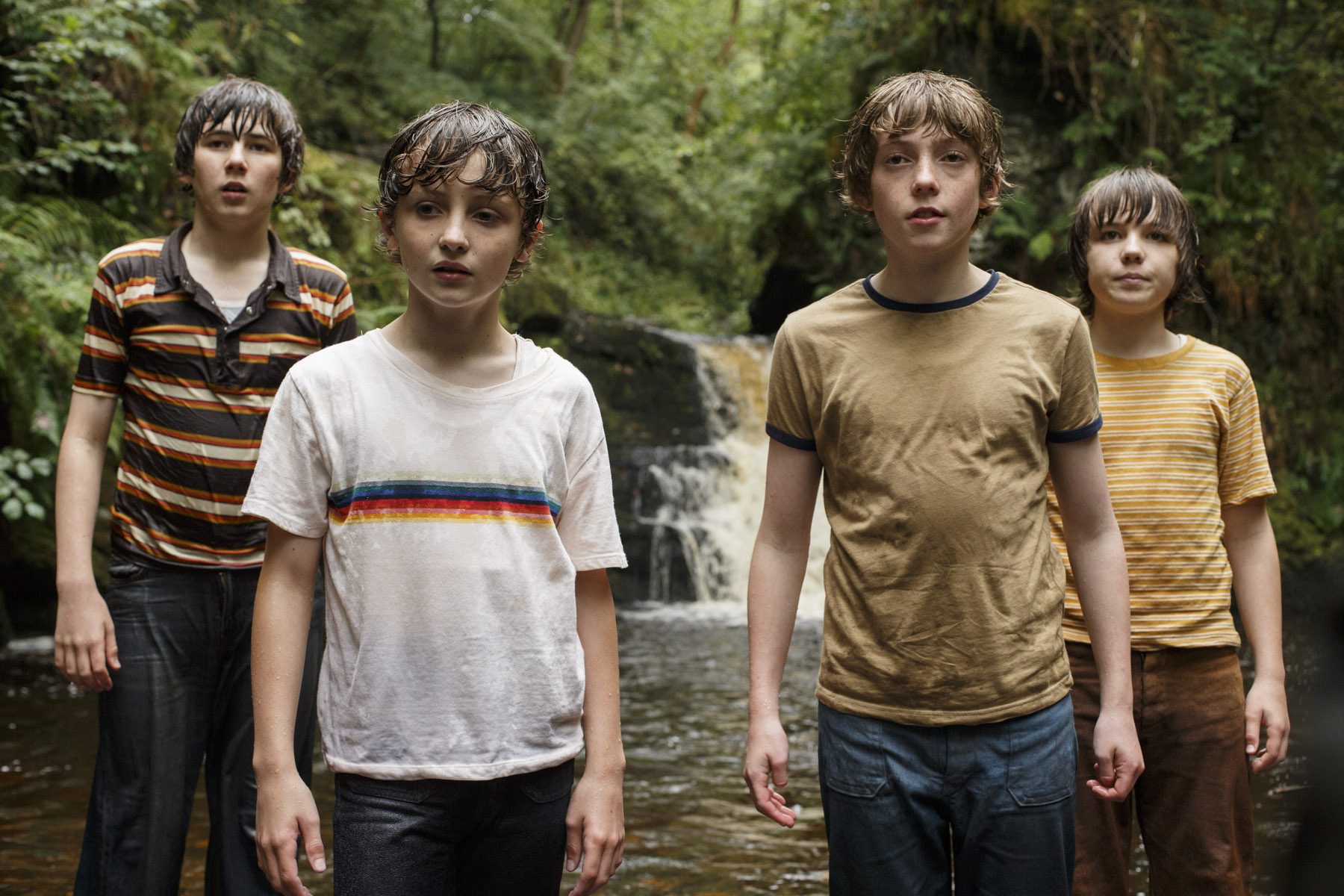 The young children react in different ways to the tragedy, while remaining in the dynamics of their friendship. Iwan is older than Davy and that little difference in age, and personality, places him somewhere between the parents and Davy. He wants to follow the rules and the adult guidance, but can be swayed away. Similarly, Rhys leads Robbie. But they all look up to Kev. His presence in their lives, teaching them to catch fish and build a fire, shows how much they idolise him. They believe in him and trust him. At 19-years-old, he also has responsibilities, duties and has to manage his time with them.

Kev is so connected and yet apart from the boys. After the incident, he’s taken aside often, led by the parents and adults into discussions that he’s viewed as old enough for, but not old enough to really have an opinion on. His character is revealed, through the lens of the local police, after we’ve learned about how the boys see him and so, like everyone, he appears caught between identities.

What Last Summer achieves in a short space of time is a deeply felt tale of people. We see the complexity of relationships and closeness; the need for kindness in a world that can move too rapidly to allow for it. The unexpectedness and pain of tragedies that you don’t see coming. There is a beauty in the visuals and moments of lightness that remind us these are children and they have the ability to bounce back from the darkest of places.