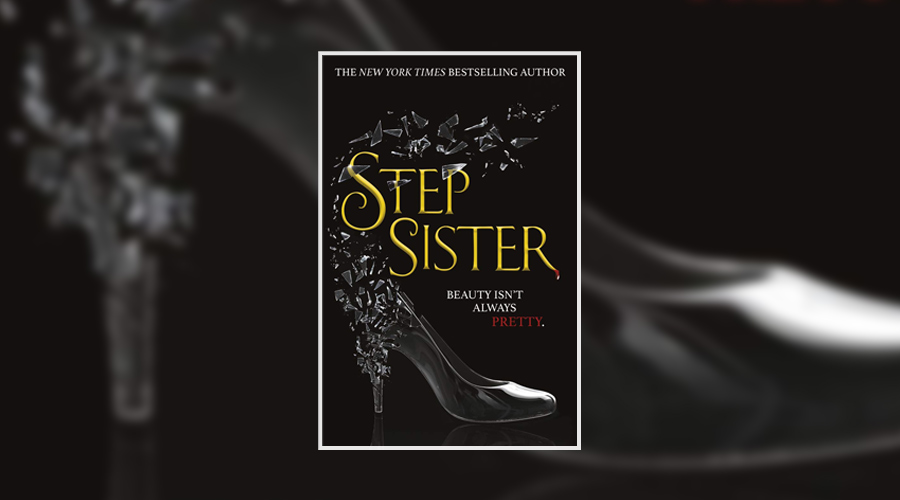 Stepsister is the latest book in the fairytale reimagining trend, but rather than focusing on the persecuted heroine Cinderella and her rags-to-riches tale, Jennifer Donnelly spins a rich yarn that’s much more Brothers Grimm than Disney. It’s still a story of a young girl who’s bullied and tormented but our central character isn’t beautiful or blameless. She’s the bully.

We pick up where Cinderella’s story ends, as she escapes her confinement and slides her delicate foot into the elegant glass slipper, riding off into the sunset with the handsome, charming prince. Left behind is Ella’s stepsister and the book’s protagonist, Isabelle, who along with her sister Tavi and their bitter, slightly mad mother, are now desolate and despised by the town. The two ‘ugly stepsisters’ have mutilated themselves on their mother’s orders, all in a bid to win a wealthy suitor. They tried to be pretty. They tried to be sweet and graceful, and they failed. All they’re left with now is misery and pain.

Whilst Tavi resigns herself to an impoverished life as a spinster and aspiring scholar, Isabelle struggles to accept the hand fate has dealt her. She was once fearless and strong-willed; she didn’t care about the antiquated qualities valued in girls. Somewhere along the way she lost herself and she’s determined to find the pieces of her broken heart. To do that, Isabelle is forced to redefine what it means to be beautiful, challenging the path that fate has painted for her and learning to take a chance on not only those around her, but on herself too.

This is quite literally a tale of fate and chance meddling in Isabelle’s life. The powerful ancient adversaries are manifested in human form as they interfere with Isabelle’s journey, influencing her to make the right, or wrong, decisions. The crone believes Isabelle’s fate is already set in stone. Chance believes she can still change her future, if only she can rediscover the brave, kind girl she was before envy and bitterness made her cruel. These external forces influencing Isabelle’s choices is a clever twist on the traditional folk tale but there’s a much more modern theme at play here that challenges beauty standards and the way we perceive the so-called villains of stories.

“They cut away pieces of me,” she whispered in the darkness. “But I handed them the knife.”

Isabelle’s ‘ugliness’ is a product of the small-minded society she lives in. She’s told she’s ugly on the outside and so she becomes ugly on the inside too. In Donnelly’s own words, “the world conspires in a thousand ways to tell us that we’re not enough”, and this is very much a story of a girl who’s been made to believe she’s inadequate; that she should look and behave a certain way if she wants love or money, success or happiness. Stepsister may be a fairytale but this is a universal theme that reflects out into the real world too.

Whilst Isabelle is challenged to redefine her perception of beauty, we as readers are challenged to see things from a bully’s perspective, rather than the victim. Isabelle’s prickly nature means that she’s not a character you can instantly warm to but there are glimpses of warmth when the armour she’s built around her heart cracks; when she’s with Tavi, or when she reminisces over Felix, the first and only boy she ever fell in love with. She isn’t instantly likeable but her growth and change makes her loveable by the end.

With a picturesque rural French setting, a touch of romance, exciting battles, and an empowering message at its heart, Stepsister is a brilliant new breed of fairytale retelling; one that upends our expectations and makes us view fabled characters in an entirely new light.

Stepsister was published by Hot Key Books on 15 May 2019