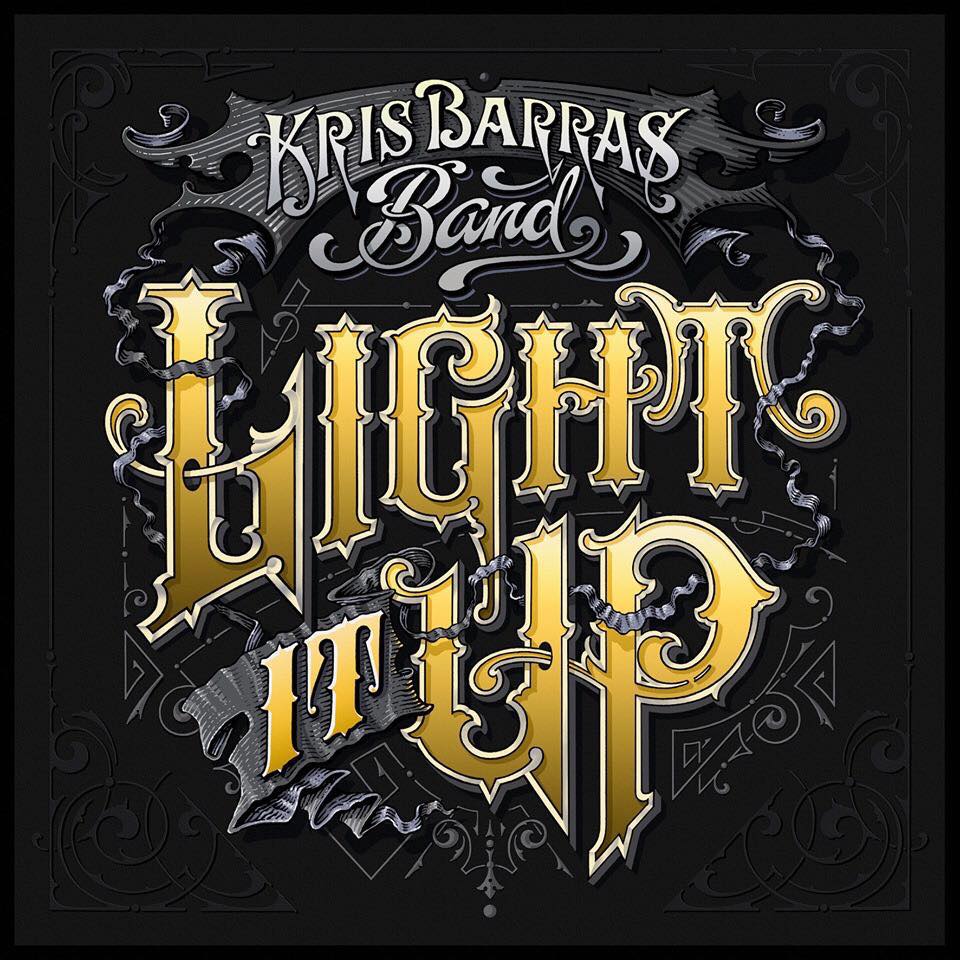 Kris Barras and his band make rock music. Hairy guitars, lusty Hammond organs, gravelly vocals, thumping drums, giant riffs. It’s big, it’s dumb, and it’s a lot of fun. Light It Up is what you get when an ex-MMA fighter wraps his hands around a guitar rather than other peoples’ throats – literally. UK-born Barras spent ten years fighting his way around the US and Asia before settling on the more pedestrian world of rock’n’roll, and it shows through in the album’s punchy vibe.

Despite Barras’s English heritage, the songs have a distinctly southern tinge, joining the long tradition set in motion by Lynyrd Skynyrd and Black Oak Arkansas. Does that make him a 21st-century Foghat?

If openers ‘What You Get’ and ‘Broken Teeth’ sit somewhere between Blackfoot and Steel Panther, rammed full of tough-guy talk, ‘Vegas Son’ taps into a more melodic seam as Barras looses some righteously fluid Strat lines, hollering a karaoke chorus that would make your mum tap her fingers on the steering wheel.

Title track ‘Light It Up’ rolls out of the garage on the back of a big, chonky riff and Bonzo drums before roaring into a crowd-participater of a chorus, replete with gospel chorus. ‘What A Way To Go’ pays homage to the ‘more cowbell’ rule. It’s all a little derivative, but Barras’s delicious guitar playing puts it well above the average bar-band mark. This is a furrow that’s been well-ploughed, but Barras gives it as much new life as could be expected.

‘6am’ sees Barras cracking out the slide and the banjo, digging deeper into the Deep South jukebox. You can almost hear the gators slithering over the mud, smell the chicken grilling, hear the cicadas chirping. If this album was any more hick, it’d come with a stalk of grass for you to chew on while you listen to it.

It does have to be said that the rise of President Orange stateside has added a fresh layer of unease to the whole ‘southern rock’ thing. It was scary that Skynyrd felt the need to fly the stars and bars in the 70s when Jim Crow was still a living memory; unpleasant that the manly emotion of Molly Hatchet was rooted in a culture riven with racial tension and secessionist grudges; unsettling that God had to come with guns. Trump’s presence in the White House means that those ghosts are still rattling their chains with vigour. Southern rock retains its whiff of danger.

But then southern rock always got a bad rap. Its proponents always protested innocence – that playing music from the Deep South didn’t make you a rifle-toting racist. Maybe the fact that Barras is British makes this album’s Dixie-lovin’ sound a lovable charade rather than an incitement to Republicanism – but whatever the case, on its own merit, it’s an enjoyable listen.

If you like your music sun-baked, whiskey-soaked and deep-fried, if you like blastin’ tunes out the car winder, if you think cowboy hats and leather jackets are an under-appreciated form of couture – this is your album.