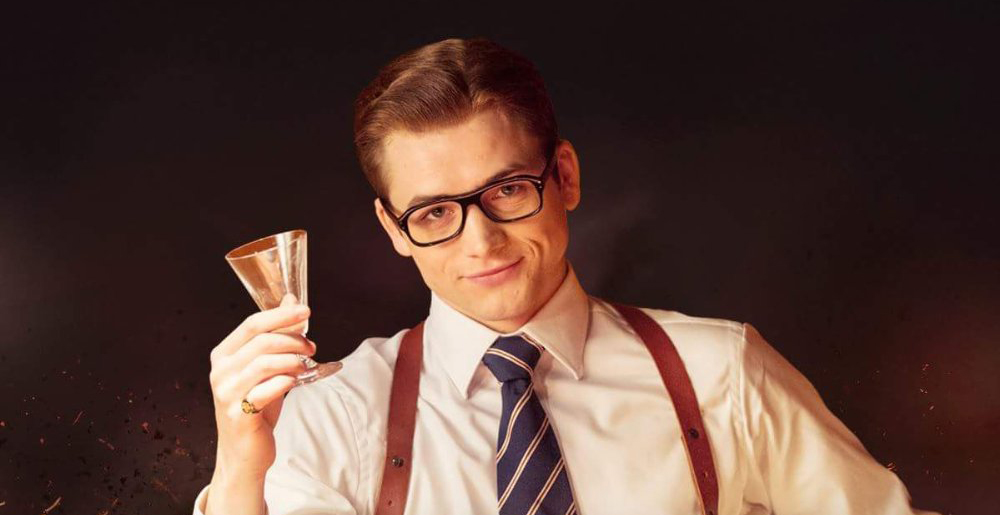 The first Kingsman movie was a genuine surprise when it came out in 2014. A gleefully violent send-up of the spy genre, Matthew Vaughn’s film – loosely adapted from the graphic novel by Mark Millar and Dave Gibbons – basked in its cartoonish, over-the-top and often juvenile behaviour with a sly wink, a smug smile and a nice glass of Scotch to wash it all down. Suffice to say, it was all rather entertaining.

Unfortunately, as is the case with many a sequel over the course of history, Kingsman: The Golden Circle is a far less enjoyable affair. With even more cartoonishly violence and smutty, crude “humour” than before, Vaughn and frequent co-writer Jane Goldman have crafted a disappointing and quite frankly dull follow up that suffers under the weight of its own self-assured smugness.

After a frenetic opening, involving a rapid-fire car chase across the streets of London, the story picks up with Eggsy, aka Galahad (Taron Egerton), enjoying life as a Kingsman agent, whilst being in a committed relationship with Crown Princess Tilde of Sweden. As Eggsy endures a truly awkward dinner with Tilde’s parents one evening, Kingsman, along with its agents, is systematically wiped off the face of the earth in a barrage of missile fire. As the sole survivors of the massacre, Eggsy and Merlin (Mark Strong) journey to Kentucky USA, where they link up with their American counterparts, the Statesman, another super-secret spy agency, operating under the guise of a Bourbon distillery. So naturally, this being America, all the agents are of the cowboy variety with codenames like Whiskey, Tequila, Champagne and Ginger Ale.

Eggsy and Merlin discover that a secret terrorist organisation known as The Golden Circle, headed by the eccentric Poppy Adams (Julianne Moore) and operating out of the ruins in Cambodia, are the ones responsible for the destruction of Kingsman. They also uncover a far-fetched, sinister conspiracy involving drugs, robot dogs and Elton John. But that’s not all. Harry Hart (Colin Firth) is still alive, somehow having survived the seemingly fatal gunshot delivered to him in the first movie. Now sporting a fine-looking eye patch and severe case of amnesia, it’s going to take lots of over the top violence, guns and a hell of a lot of Elton John for our heroes to unravel this fine mess.

One of the key problems with The Golden Circle is that whereas the first film managed to sustain a decent blend of cartoonishly violent action with high stakes and peril, The Golden Circle is simply a live action cartoon, mostly lacking in any suspense or dramatic weight. Harry’s death at the hands of Valentine in the first movie was a necessary moment, one punctuated with emotion, which allowed Eggsy to move forward and accept his calling as a Kingsman agent. The second Firth returns, any emotional heft the film may have had is squandered. Potentially moving moments that would otherwise carry weight no longer do, simply because you know that somehow, due to some magic gel or whatever other ridiculous gadget the filmmakers can concoct, that character will be able to make a comeback in part three.

It doesn’t help that the action scenes this time around lack any type of physicality or sense of danger, being nothing more than a series of choreographed explosions and gun play. Yes, OTT violence was a hallmark on the first movie, but this time it’s taken to such a degree that any sense of danger is lost. One particular sequence involving a cable car on a ski-resort in Italy just comes across as overly silly, and even though the OTT factor is cranked up a few notches, there’s nothing that comes close to the outlandish insanity that was the church scene in the first movie. Nor does Poppy’s henchman, failed Kingsman recruit Charlie (Edward Holcroft), now sporting a robotic arm, come close to the deadly grace that was Sofia Boutella’s Gazelle. 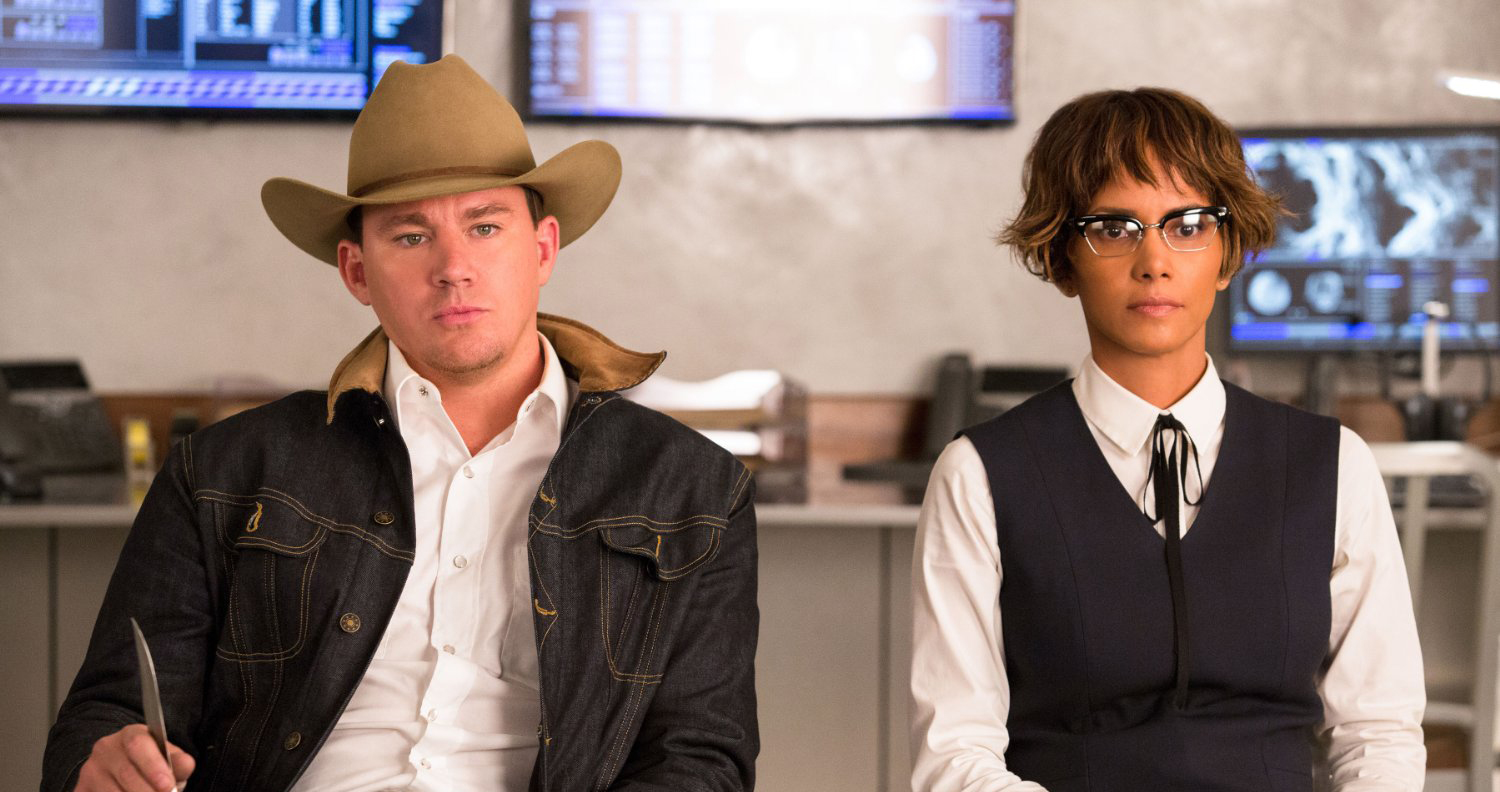 The constant barrage of increasingly ridiculous action scenes, coupled with a dull narrative and a bloated 140-minute runtime, makes the whole thing a real predictable bore at times. It also doesn’t help that the smuttiness that hampered the first movie has been doubled down here, with a truly misjudged sequence involving Eggsy, a tracking device and a ladies’ certain… private area. It’s a sequence that lets the film down spectacularly, feeling completely unnecessary and only existing so that filmmakers can smirk about how “outrageous” it all is. But it’s not outrageous, it’s just annoying.

That’s not to say that the film is completely without merit. The action scenes are finely executed despite becoming overly familiar, and Taron Egerton once again makes for an affable lead, showcasing his leading man chops with aplomb. Colin Firth makes a triumphant return and Mark Strong proves as reliable as always, whilst an extended cameo by Elton John is a welcome joy, especially towards the end of the movie.

As for the Statesman however, with the exception of Pedro Pascal’s lasso using Whiskey, they’re not given that much to do. When a film casts the likes of Channing Tatum, Jeff Bridges, Halle Berry and Julianne Moore and then singlehandedly wastes them all, you know you’ve got a problem. It feels as if Vaughn and Goldman seem more concerned with setting up a Kingsman style cinematic universe with various potential spinoffs than crafting a coherent sequel. Thus, a cast and setup that had great potential is left to waste, with Bridges relegated to sitting behind a desk drinking liquor and Julianne Moore miscast as the villain, despite clearly enjoying the part.

Kingsman: The Secret Service was such an unashamedly eccentric and entertaining movie, that the prospect of a franchise was something I was more than willing to get behind. So it’s a shame that The Golden Circle is yet another disappointing Hollywood sequel that fails to live up to the promise of its predecessor.