Whether your plans for July involve jetting off for a much needed dose of sun, sand and sea, or whiling the warmer days away in the garden, we’ve got plenty of reading recommendations to ensure you always have a good book to hand.

The Last Hours In Paris by Ruth Druart 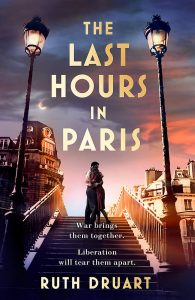 From the author of the bestselling While Paris Slept comes another emotional dual timeline novel of war, love and forgiveness. In occupied Paris, 1944, Elise Chevalier lives amongst the enemy, the rage she feels towards the Nazis for killing her fiancé all-consuming. Meanwhile, Sebastian Kleinhaus has spent years reluctantly working for the Third Reich, wearing a uniform he despises and longing for salvation. Almost twenty years later, Elise’s daughter uncovers a secret that will take her on a journey to discover the story of the last hours before the city’s liberation. Poignant and evocative, this is historical wartime fiction at its finest. (7 July, Headline) 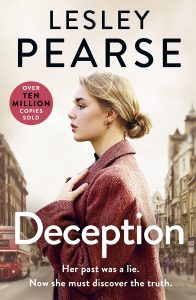 What happens when you learn that the person closest to you has led a life of deception? After her mother’s funeral, Alice Kent is approached by a man who claims to be her father. Rocked by the potential reality that her much-loved dad might not be her real father, Alice begins to unravel her mother’s closely kept secrets – revealing a very different woman to the one Alice thought she knew. Running parallel to Alice’s discoveries are chapters that delve into the past to explore her mum’s difficult life and how it forced her to make the decisions she ultimately did. Written with Pearse’s typically engaging and effortless style of storytelling, Deception is an intriguing book of highs, lows, struggles and perseverance. (7 July, Michael Joseph) 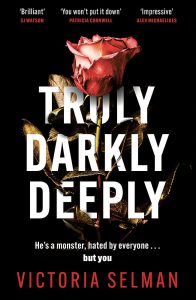 When twelve-year-old Sophie and her mother Amelia-Rose move to London from Massachusetts, they meet the charismatic Matty Melgren and he quickly becomes an intrinsic part of their lives. But then a serial killer begins targeting young woman who look like Amelia-Rose and Matty is eventually arrested for multiple murders. Nearly twenty years later, Sophie receives a letter from Battlemouth Prison. Matty is dying and wants to meet. It might be an opportunity for Sophie to lay the ghosts of her past to rest, but seeing Matty again might just dredge things into the open that were better left buried. Truly Darkly Deeply is an unsettling psychological serial killer thriller that gets more and more compulsive with every page. (7 July, Quercus) 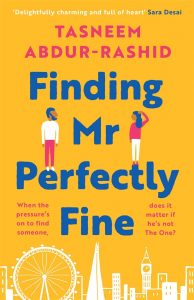 Exhausted by her family’s failed attempts to set her up with a suitable Bengali match, and facing threats from her mum to pack her off to the Motherland, Zara decides to take matters into her own hands. With just one year until she turns thirty, time is of the essence, so Zara joins the world of online dating, where she meets Hamza, a British Egyptian with good values and a kind heart. The only problem? There’s zero spark. And Zara has the added complication of having someone else on her mind too… Finding Mr Perfectly Fine is a heart-warming story of cultural expectations and staying true to your heritage, whilst staying true to yourself too. (7 July, Zaffre)

The Mutual Friend by Carter Bays 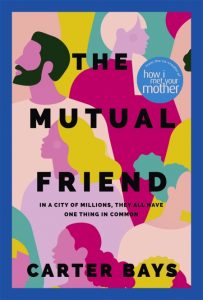 It’s the summer of 2015 and Alice Quick needs to get her act together. Determined to finally take her MCAT exam and achieve her dream of becoming a doctor, she can’t afford to have any interruptions. But life has other ideas. Not only is Alice’s roommate Roxy always getting her into trouble, but her millionaire brother, Bill, has also decided to embark on a spiritual search for the meaning of life. Then there’s the biggest distraction of all: that crazy little thing called love. The debut novel from Carter Bays, co-creator of hit sitcom How I Met Your Mother, captures the chaos of our tech-centric contemporary life and the connections we make along the way. Featuring an extensive cast of characters, it’s a perfect summer read full of warmth, wit and a whole lot of heart. (7 July, Hodder & Stoughton)

More Than You’ll Ever Know by Katie Gutierrez 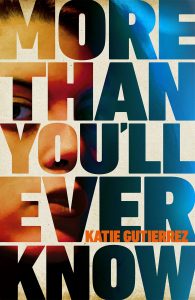 Katie Gutierrez’s debut novel is many things. A complex portrait of marriage and desire, a thought-provoking exploration of motherhood, and a fascinating look at our collective obsession with true crime. A sophisticated dual timeline novel, it centres around international banker Dolores “Lore” Rivera, who splits her time between two countries and two families. That is until her double life is revealed and one husband is arrested for killing the other. But what really happened that fateful summer? That’s what struggling true crime writer Cassie Bowman wants to know, but in digging into the night of the murder, it’s not just Lore’s secrets that threaten to unravel. Combining domestic drama, crime, slow-burn psychological mystery and a touch of historical fiction, More Than You’ll Ever Know is a true page-turner. (7 July, Michael Joseph) 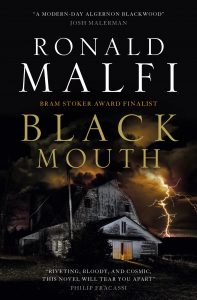 Haunted by a traumatic childhood, Jamie Warren has been running from darkness for nearly two decades. But when he’s reunited with his estranged brother and their childhood friends in their hometown, memories of that long ago summer – of strange magic and the even stranger man who taught it to them – resurface. With new dangers and threats surrounding them, the only way for the group to face the future is for them to confront the past – no matter how monstrous it might be. Moving between the present and flashbacks to the past, Black Mouth is a dark, unsettling and terrifically tense novel. If you’re a fan of Stephen King’s IT or Paul Tremblay’s spine-chilling horror stories, you’ll find this one equally difficult to put down. (19 July, Titan Books) 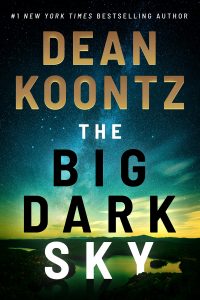 Through a bizarre twist of seemingly coincidental circumstances, a group of strangers – from all walks of life – find themselves under Montana’s big dark sky. Congregating at a remote ranch, whilst a madman with a terrifying manifesto lurks on the outskirts, these entwined people are all running from or towards something. Together they must face the encroaching horror or risk the end of humanity. Some books are easy to encapsulate, following a straightforward premise with straightforward characters. The Big Dark Sky is not one of those books. Which is what makes it such a twisty, mystifying, suspenseful, expansive and, ultimately, entertaining read. (19 July, Thomas & Mercer)

That Bonesetter Woman by Frances Quinn 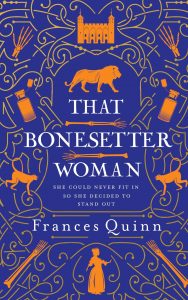 Frances Quinn’s debut, The Smallest Man, was one of last year’s best historical novels. That Bonesetter Woman features another incredibly endearing protagonist, a bonesetter’s daughter called Endurance Proudfoot. Clumsy but strong, tactless but strong-willed, Durie wants nothing more than to follow in her father’s footsteps but he’s adamant that it’s no job for a woman. Packed off to London with her sister Lucinda, the two embark on an unwitting adventure that will see Durie fighting to prove herself in a world of prejudice and snobbery. Inspired by the true stories of two of Georgian England’s most famous celebrities, Quinn’s second book is a true celebration of courage, resilience and embracing being different. (21 July, Simon & Schuster)

The Movement by Ayisha Malik 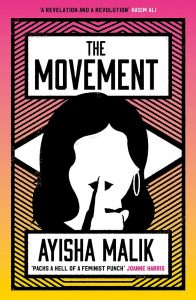 If you’ve ever felt overwhelmed with just how loud and angry the world around you is, you’re not alone. Sara Javed just wants everyone to shut up. Taking her own advice, she begins a voluntary silence, which eventually builds into a global movement that Sara inadvertently becomes the figurehead for. But as the silent protest continues, tensions rise and sides must be picked. Sara and two women inspired by her actions, Grace and Zainab, must reconsider what it means to have a voice. Their stories are accompanied by transcripts, news reports, social media posts and articles, which give the book a feeling of real world relevance and timeliness. A really clever and creative examination of how we interact with each other, in person and on online, and the issues that affect our lives. (21 July, Headline Review)

Book Review: A System So Magnificent It Is Blinding by Amanda Svensson