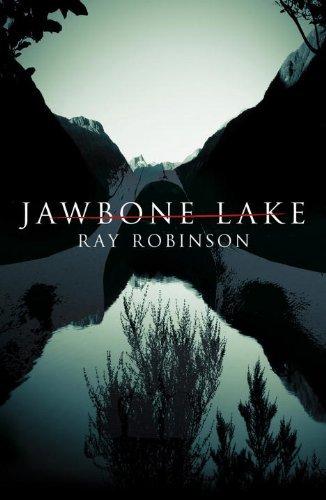 London Lift-Off 2014: The Future Of Film Is In Your Hands

Following the adaptation of his 2006 novel Electricity, which debuted at the BFI London Film Festival in October 2014, Ray Robinson has now released his fourth novel, Jawbone Lake.

Set in the Peak District, the small community of Ravenstor is caught in the aftermath of a mysterious death. The spotlight falls on an unwilling witness to a car crash and the family of the man who was in the car when it crashed. Their lives are changed forever by the sudden and inexplicable circumstances surrounding the crash victim’s death and the discovery of his dangerous double life.

The witness is a young factory worker called Rabbit, who is struggling to come to terms with grief after the sudden death of her infant son. Her New Year’s Day stroll on the shores of the lake is shattered when she witnesses a Land Rover crash off the bridge. Reeling from shock, she realises she is not alone when a solitary figure appears on the bridge pointing towards the disappearing car. She runs to escape but senses the figure’s eyes following her.

Elsewhere, Joe lives alone in London and runs a successful software company. He is dissatisfied with his quality of life which revolves around his work. Early on New Year’s Day he is woken by a phone call from his mother telling him his father has been involved in an accident. Driving straight to Ravenstor, he arrives at the scene of the accident to discover that the body of CJ – his father – is missing.

Against this tragic backdrop, the mysterious double life of Joe’s father slowly begins to unravel. As the plot thickens and discoveries are made, the net draws in around Rabbit as she tries to escape from what she saw that night. A price will be paid for CJ’s murky dealings as innocent people are drawn into the frame.

As a thriller Jawbone Lake succeeds in depicting the required shady undertones of the genre, but it doesn’t leave a lasting impression. The story is separated into weekly parts, which add to the growing suspense as each development occurs, from week one through to eight. As the mysteries surrounding CJ’s death unravel and Joe attempts to digest the appalling truth of his father’s shadowy past, he comes across as a man of great depth and compassion.

I enjoyed the relationships in Joe’s family and how the different generations coped and supported each other as the shocking revelations from the past came to light. Whilst Rabbit is a central character, I found it very difficult to engage with her, despite feeling sorry for her predicament.

I also felt that more should have been made of the scenes set in Southern Spain. The unlikable characters we were introduced to there were instrumental in CJ’s downfall and yet they were very much brushed over.

What I did enjoy about Jawbone Lake was the setting, which was perfectly described and provided a chilling backdrop. Robinson’s imagery of the Peak District allowed me to really visualise the rugged landscape, and the eerie lake gave a genuine sense of life within the community of Ravenstor.