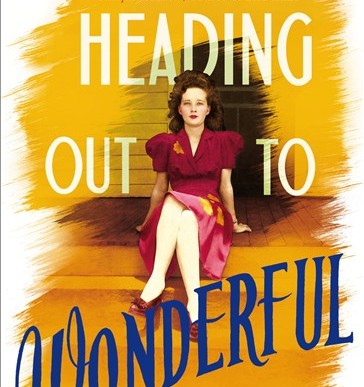 The Secrets Of Life and Death – Rebecca Alexander Review 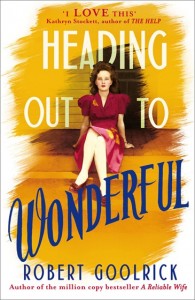 Heading Out to Wonderful drew me in with such a warm, easy style that right from the first few pages I found it hard to put down. Robert Goolrick is one of those rare authors whose words are so engaging that he embraces the reader with a real sense of time, and a feeling of being at one with the place and its inhabitants.

The story is set in the quiet town of Brownsburg, Virginia, where more than sixty years ago the war in Europe hadn’t long ended and people, by and large, generally wanted for no more than a simple existence, and certainly no more than they had ever had. Happy with their lot, there was no crime and its residents were honest and God fearing.

It was here, in the summer of 1948, that a man with a certain presence arrived in Brownsburg. His name was Charlie Beale and he appeared to have come from nowhere. Recently back from the European war, his sole possessions consisted of no more than a battered pick-up truck and a couple of cases, one containing his meagre personal possessions including a set of butchers’ knives, while the other contained a vast amount of cash.

Charlie was a good man. He wanted above all to find a peaceful place he could call home. He chose Brownsburg to lay down some roots and, after finding himself an honest job with Will Haislett – the town’s butcher – his remarkable journey began to gather pace.

He immediately befriended the butcher’s young son, Sam, and the pair soon formed an inseparable bond. Sam adored and idolized Charlie from the offset and following an annual celebration day, when his baseball talents were exposed to this otherwise sleepy community, all the townsfolk came to admire and respect this charming stranger and man of few words, whilst the young Sam had found his hero.

Charlie had not come to Brownsburg with a woman, or any woman on his agenda for that matter. Through his work at the butcher’s shop he gradually placed his customers as couples and those with children, and he maintained his respectful distance. Gradually, with his shy charm and kind nature, he won the hearts of the ladies. Then one day in late summer she walked into the store. It took less than ten seconds. She took off her dark glasses and stared at him. Nothing more. His life was to change so irrevocably that that single bewitching look was to set in motion a gripping tale, one of such an overwhelming passion and destructive obsession that it touched the lives of every single person in the town and was to have devastating consequences.

Quite simply, I adored this story. Without complicated twists, Goolrick expertly leads the reader into a wholly believable tale, crafting the most basic human emotions with suspense and a good measure of earthy lust. It also explores unrealistic dreams and the perils of unachievable fantasies. Heading Out to Wonderful is a hauntingly dark novel which reminds us all that every action has a consequence. It left me thinking about it long after I turned the last page. A completely edge of your seat read which I would advise should be taken to bed early!

A Christmas To Remember – Katie Flynn

The Secrets Of Life and Death – Rebecca Alexander Review