Three days into his new role as a pet columnist for the New York Mail and a case of mistaken identity lands Francis Xavier Shepherd – or just Shepherd to you and me – in the middle of a crime scene that combines celebrities, cannibalism and a dog named Skippy. Just an average day in the life of a tabloid journalist.

What follows is an investigation into a serial killer nicknamed The Hacker and the closer Shepherd gets to unravelling the mystery, the more it seems like the killer wants to add his name to their list.

It’s a little slow to get into, but when it gets going Kieran Crowley’s Hack is a thriller that reads exactly as you’d want a good murder mystery to unfold – there are unexpected twists, false leads and multiple suspects, not to mention a lead character with an abundance of dry wit and a hidden agenda all of his own. 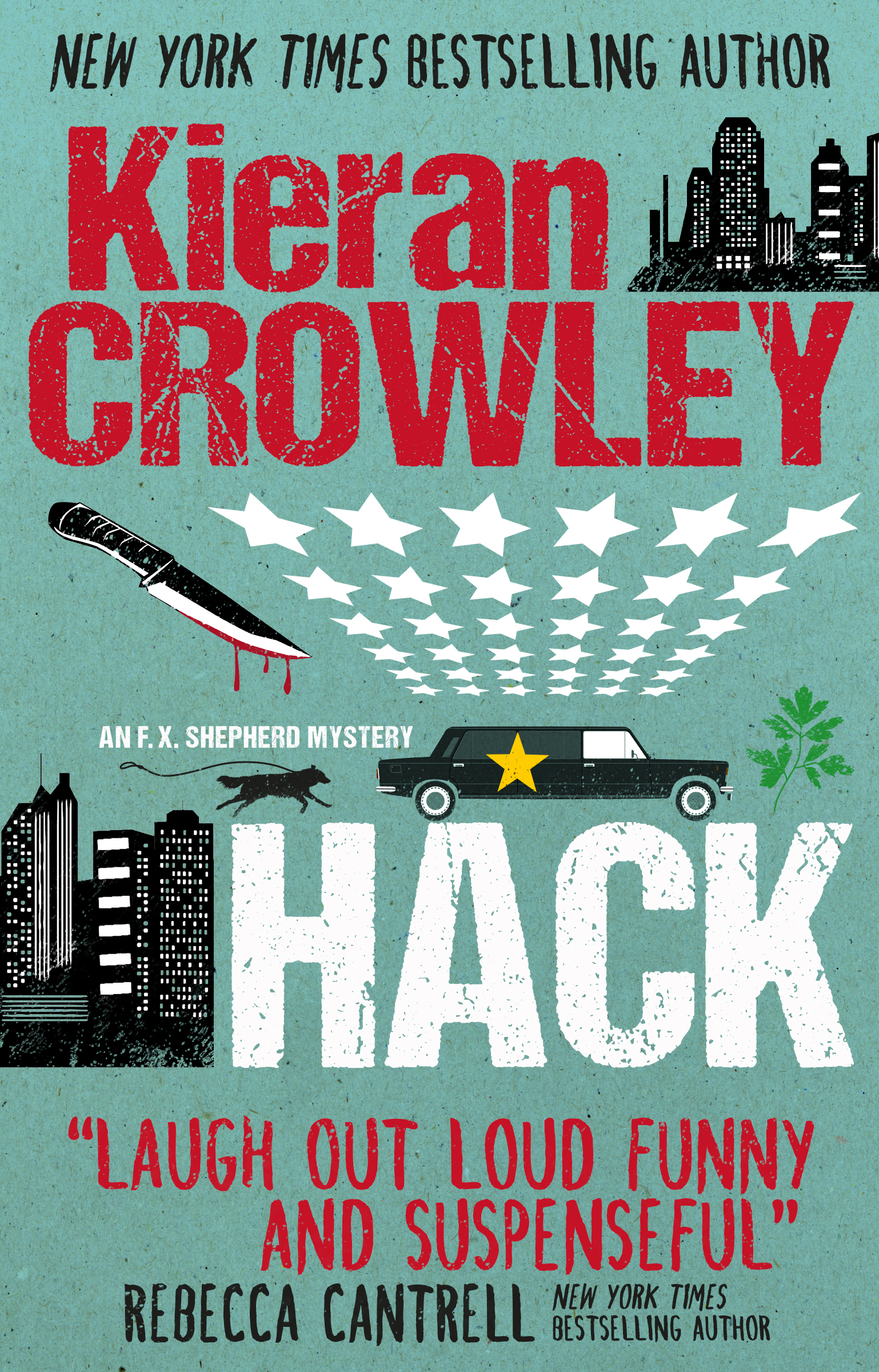 Hack’s chapters are short, which means it’s perfect for reading in bite-sized chunks, even if the action of those chapters feels largely implausible and is at odds with Crowley’s own background as an investigative journalist. Considering the author’s background with serial killers and discovering evidence that the police may have missed (Crowley helped decipher the code used by the Zodiac Killer in the ‘60s and ‘70s), you’d expect something along the lines of a Truman Capote In Cold Blood-style real crime story.

Instead, Crowley goes to great lengths to highlight the absurdity of Shepherd’s situation, complete with rival journalist using her two older brothers as inept bodyguards and sleeping with Shepherd to get an exclusive. Even the wonderful world of journalism itself doesn’t escape the satire as Shepherd’s articles are heavily rewritten and given outrageous headlines to sell copies justified through the use of the “dreaded question mark, the one magic squiggle that made it possible for a newspaper to lie about anyone.”

Nevertheless, Hack is a gripping read and a cleverly plotted mystery that takes our reluctant hero through Hell and back. The ending may have been a bit rushed, and other strands of the mystery left concluded by the protagonist’s speculation and a throwaway comment that may or may not be confirming his thoughts, but the novel keeps you guessing throughout – and what more could you want from a crime mystery?

Shepherd as a character is one you warm to, which is a good thing considering Hack is the first in a series following his new role as a journalist in the greatest city in the world. It’s a funny, ridiculous look at the cut-throat world of journalism and a purely escapist novel that’s a perfect commute read.