It’s seven o’clock in Kentish Town, and a strange crowd is moving in on the north-Camden hipster haven. They’re old, they’re hairy and they’ve kept the faith since Prometheus (better known as Jimmy Page) first lit the torch in 1969. Cut ‘em in half and it’d read ‘Rock Will Never Die’ right down the middle. They are the trogs and they are here for Gov’t Mule.

Warren Haynes’ erstwhile post-Allmans, southern rock-cum-funk-cum-jam band are the connoisseur’s choice when it comes to heavy blues. I’ve been to my fair share of classic rock gigs, expanded my fair share of age ranges, but I’ve never heard such adulation in the air as there is tonight. As we wait at the door and then the crash barrier, every balding, be-paunched foot-soldier is eagerly telling his compatriots how many times he’s seen the Mule, how many miles he’s covered in pursuit of them, how much regret he’s felt at missing just one of their appearances. It feels like schoolboy Top Trumps mixed with matured Beatlemania. 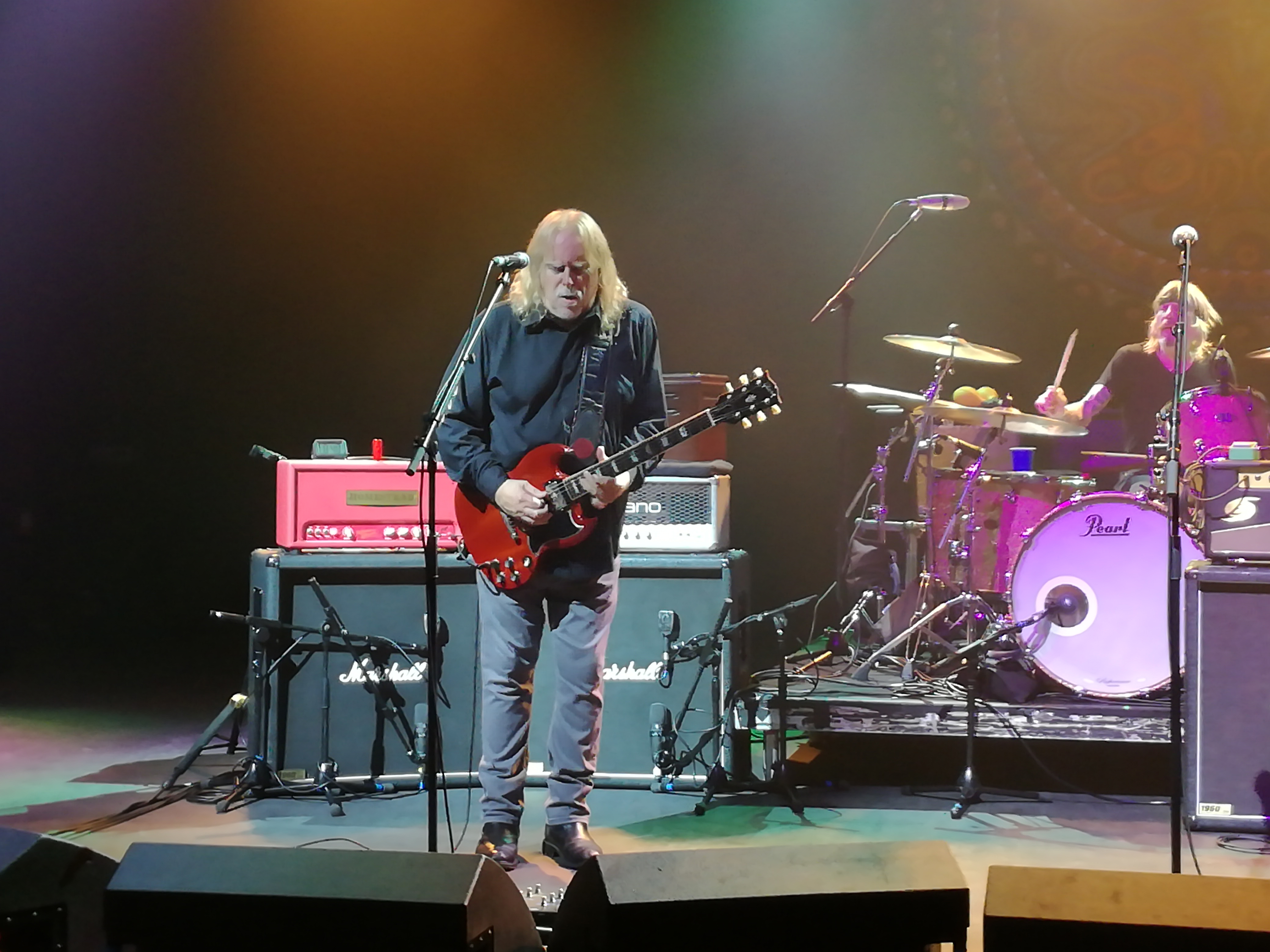 As the lights dim, it’s fair to say there’s a lot of expectation in the air. The show opens with a whumping ‘Railroad Boy’ and scales up from there, and it’s very heady and heavy. Haynes’ big, meaty guitar twists in powerfully with Jorgen Carlsson’s Lynottish bass stylings, and Matt Abts is a sheer delight on the drums. He looks like a mummified Willie Nelson and plays with the wrath of the beyond too. Wrists flicking with laser precision, he beats out a cheeky solo on the cowbell during the ten-minute jam of ‘Thorazine Shuffle’ and generally behaves like some sort of rock’n’roll Pirate King. Keys are ably held down by Danny Louis, although it’s hard to hear him in amidst the thunder.

The undeniable highlight of the night comes in the form of a guest spot at the end of the first set (yes, there are two – this is a marathon, not a sprint). Ambling out onto the stage in a Stonehenge hoodie and a baseball cap, it’s none other than Joe Bonamassa, the greatest guitarist of his generation – no big deal. 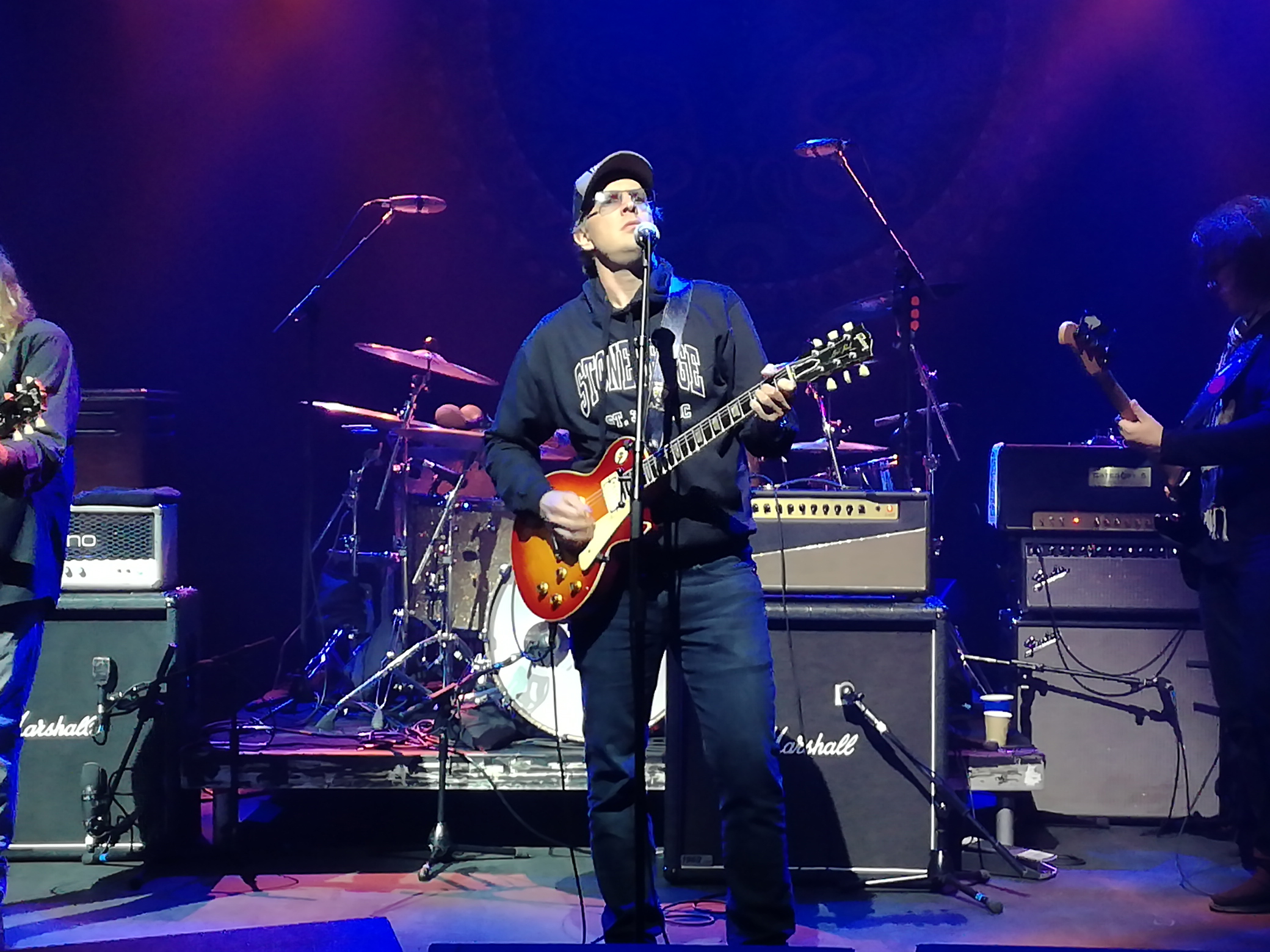 Except it is a big deal. Standing front and centre for covers of ‘If Heartaches Were Nickles’ and ‘Freeway Jam’, Bonamassa opens wide the taps and drenches us all in the kind of musical genius that only comes along once in a blue moon. His playing stings, it’s that good.

The moment is truly wonderful, but it does rather throw the rest of the night into shadow, particularly as the half-hour interval comes to a close and we embark on hour three. 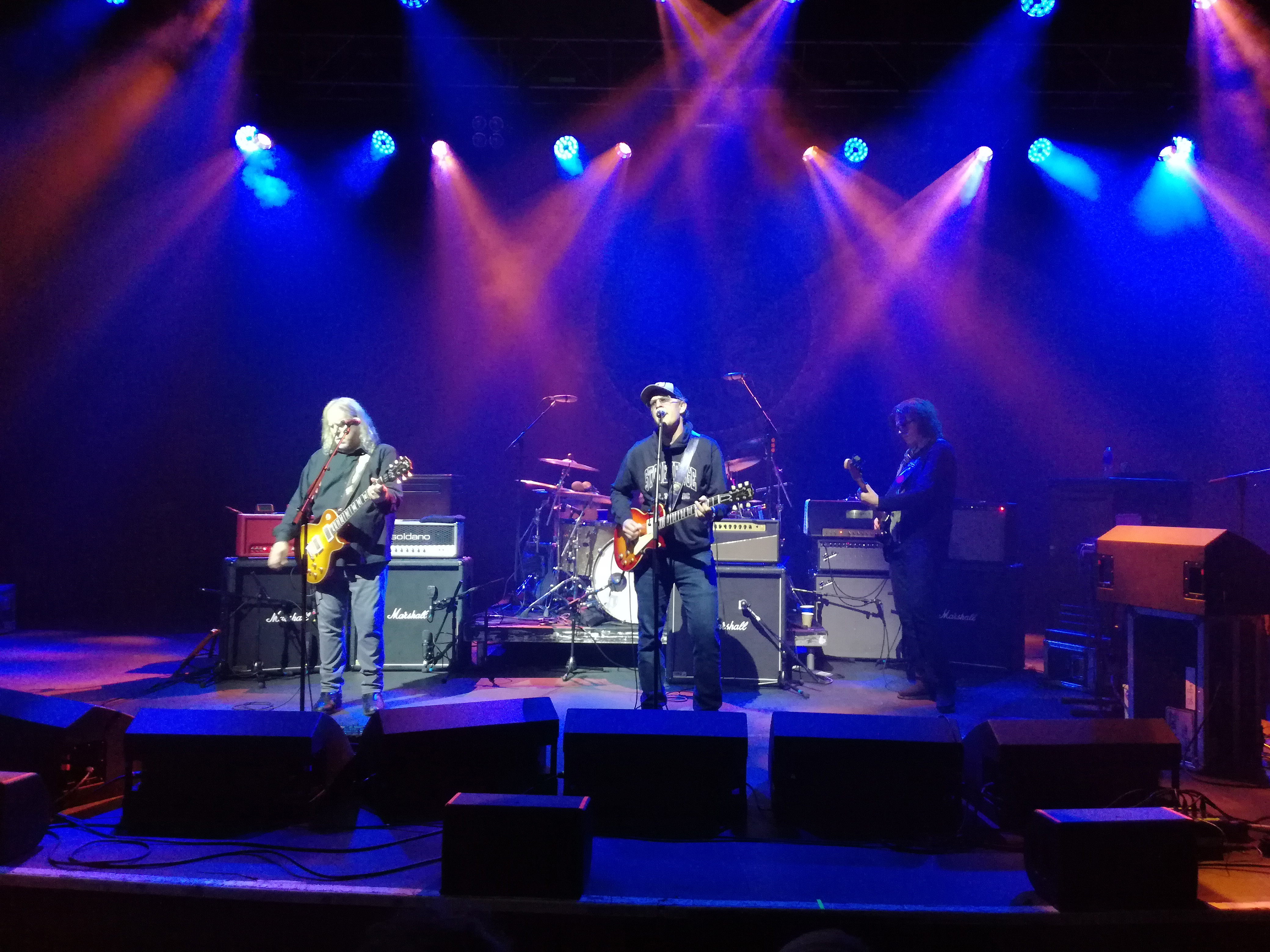 Because wonderful though Gov’t Mule are as an institution, legendary though their jam credentials and rock pedigree are, they are missing – something. A spark, a lick of that Promethean fire. There’s a nagging feeling that this might just be the world’s greatest tribute band. Haynes sings to his microphone, not the crowd. His guitar playing is fiery but somehow faceless – it could be anyone.

Perhaps, to be more charitable, Gov’t Mule are a perfect distillation of the rock arts, a living showcase of the genre. Nevertheless, as an experience, it’s missing a focal point, a beacon on which to fix your eyes. For a few minutes, Bonamassa fills that hole, but then he’s gone, and with him a vitality whose absence is keenly felt.

When they shift into overdrive, Gov’t Mule can send shivers down your spine. The apocalyptic funk of ‘Revolution Come, Revolution Go’ is transcendent. It’s just a shame that that awesomeness doesn’t come out to play more often.