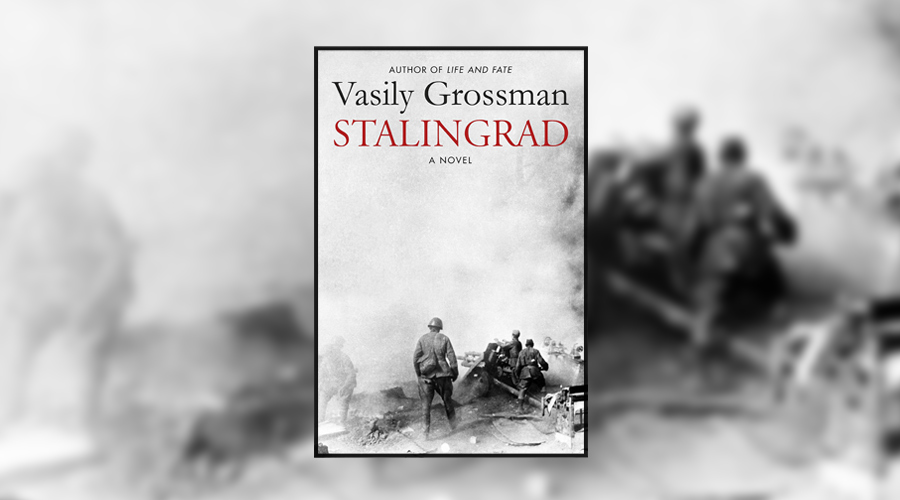 Stalingrad is the prequel to Vasily Grossman’s Life and Fate, published in English in the mid-eighties. The novel begins with a meeting between Hitler and Mussolini in Austria in the spring of 1942, where the Fuhrer describes his plans to attack Stalingrad, on the river Volga at the edge of European Russia. For the German dictator, the capture of Stalingrad will be of strategic value in that, besides taking a major production centre from the Soviets, it will allow access to the oilfields of the Caucasus. There is also the propaganda value of bringing the city that bears Stalin’s name under German control.

This novel is not about the battle of Stalingrad. It concerns the lives of various members of the Shaposhnikov family, and those of a host of other characters in the months leading up to the battle. The coming conflict is a whirlpool, drawing thousands of men and women, soldiers and civilians, to the city. There’s a real sense of the inexorability of the coming bloodshed; history is in motion, and it’s dragging its players with it.

On a human level, one sympathises with the major characters. It’s difficult not to, since most of the Russian characters epitomise the virtues of selflessness, courage, and idealistic internationalism. In most cases, these are combined with deep patriotism and a Stakhanovite work ethic. It’s there that the novel is at its weakest. Stalingrad is exceptionally well written and compelling, but its characters are, at times, exemplary archetypes rather than real people.

But, that’s probably an easy thing to say from this distance. Germany’s defeat at Stalingrad was an icon of Russian fortitude. And, of course, Grossman was writing in a totalitarian society where deviation from political orthodoxy on interpretation or description of the Great Patriotic War could have serious consequences. Apart from individual editors, the novel was also scrutinised by the Writers Union, by the Institute of Marx, Engels and Lenin, and by the Communist Party Central Committee before it was approved for publication.

Besides the human characters, the Russian steppes and the river Volga are near-constant presences, reflecting the vastness of the Soviet Union, and the flow of history.

Grossman was an exceptionally gifted writer, and while the story flows smoothly towards the beginning of the battle, it’s tainted by a slight odour of propaganda. Although, one can only imagine the anxiety with which any writer in Stalin’s Russia would assess every sentence for any interpretations that might be contrary to prevailing ideological orthodoxies.

Stalingrad is a truly excellent novel. As soon as I’d finished it, I bought a copy of Life and Fate – which, written after the death of Stalin, might be a little less compromised than its prequel.

Stalingrad is published by Harvill Secker on 6 June 2019