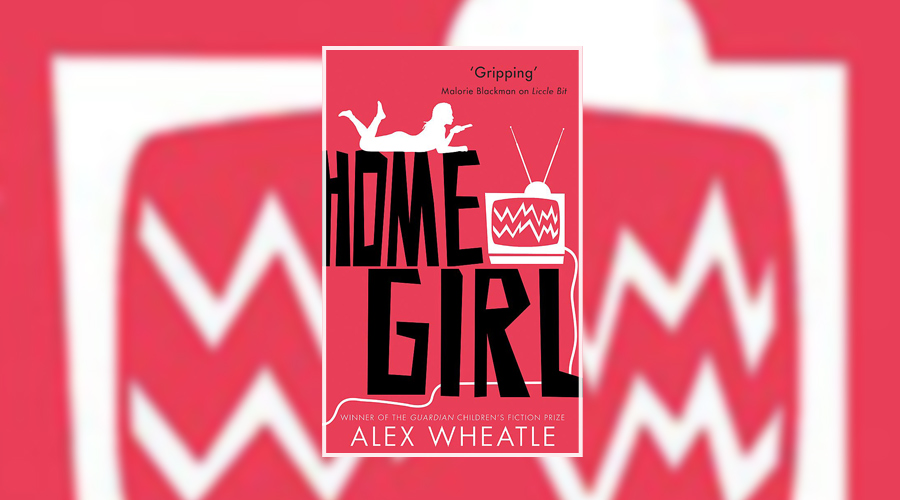 Home Girl is a novel with a clear voice and perspective. It’s the story of a teenage girl, Naomi Brisset, who is struggling in the foster care system. Bouncing from foster home to foster home to unit accommodation, this is about what happens when she finds people who are able to listen to and support her, when so many others don’t. It’s an older children’s book, not quite YA.

What resonates most in Home Girl is the sense of control. It’s the lack of control Naomi has over her own life choices and how she chooses to take back the reins. Every influence on her life pushes her in one direction or another, the effects of which aren’t always direct, leaving her in turmoil in what is such a delicate and difficult time for any young person. What makes Alex Wheatle’s novel feel important, what lingers in your mind, is the knowledge that there are many children in the foster care system in the UK today who want and need help, but aren’t getting it in the ways that they want and need it.

Naomi is confronting with almost every word and action. She isn’t rebelling like a teenager challenging the status quo from a place of relative safety; rather she’s fighting for survival in a system that she feels is trying to push her down. But what Naomi says out loud is only part of what she’s thinking, and underneath the surface, as we learn more about her, it’s clear that Naomi has a hard time finding the words she needs to be understood by those around her. We are reminded though, that it isn’t only Naomi’s job to communicate with her support worker, Louise, or the other officials in her life, in their words. They have to meet her part way, which because of fatigue or some lack of desire, they seem to not be able to do.

There is a turning point when Naomi, a white girl, gets placed with black foster parents, Colleen and Tony and their two young children, Sharyna and Pablo. Race is certainly a part of the conversation of this book and it’s directly addressed, with Louise feeling like she can’t place Naomi with them permanently because of the difference, and Tony’s grandfather struggling to understand his choice to look after her when their are black children at more of a disadvantage in the foster system.

Tony and Colleen seem to treat Naomi differently to how she’s been treated before, giving her rules and listening, while being kind and firm. Colleen is able to get through to Naomi first, perhaps unintentionally, by sharing something of herself with her charge instead of being the one holding all the cards; this mistake is made by another potential foster parent that Naomi comes into contact with later in the story. Tony also finds a way to communicate with Naomi that she responds too, despite her misgivings. In Naomi’s interactions with Sharyna and Pablo, we see her protective instincts, her care and want to be part of a family unit.

In parallel to the interactions between Naomi and her foster families, we see her friends, or the closest thing she has to friends, in Nats and Kim. As other children in the care system, perhaps having been in it longer than Naomi, they’re worn down and have little trust in anyone outside of their little social circle. This influences Naomi as she seeks trust in those who tell her the truth. Based in fear, this only causes more issues for Naomi.

In the end, while Home Girl isn’t a happy story, it isn’t a purely tragic one either. It faces the realities of Naomi’s and the other foster children’s lives; the traumatic situations that have led them to be without homes at such a young age. Hope and laughter are present throughout, as are truth and tears, all of which fuel the processing that has to be done when dealing with such an emotional life and tale.

Home Girl is a novel dedicated to the children in care, and those who have left foster care. And it feels quite authentically about them.

Home Girl was published by Atom on 4 April 2019