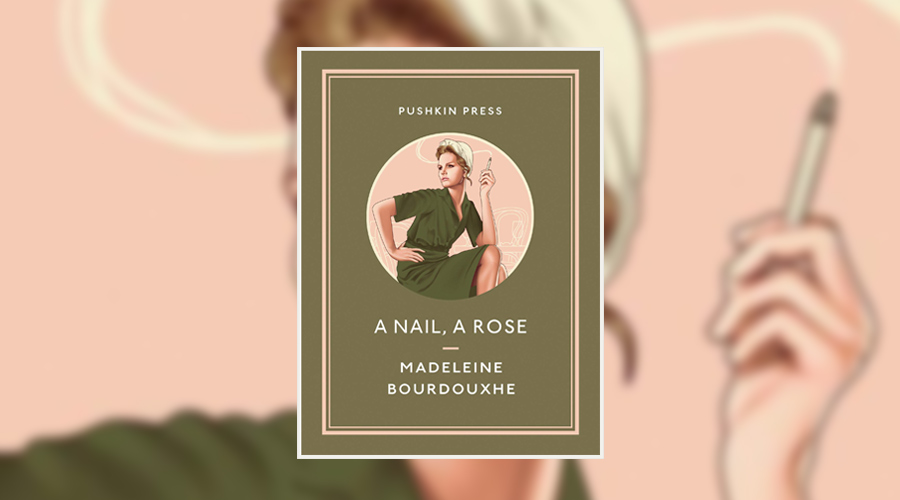 Madeleine Bourdouxhe was an author, born in 1906, who lived most of her ninety years in Belgium and France. She was largely unknown to non-French speakers until the 1980s, when her books were translated into numerous different languages. A Nail, A Rose, which has just been reissued by Pushkin Press, was the first of her books to be translated into English.

More than anything else, these short stories are preoccupied with the inner lives of women. Six out of seven are written from the perspective of a female character. We are submerged within their psyches as they contend with loneliness, boredom and husbands who do not understand them. The messiness of love and desire. The frustrations of longing. Whilst some of this fiction is over seventy years old, many of the themes are evergreen.

Bourdouxhe’s writing tends towards the florid; she regularly uses grandiloquent, flowery paragraphs when a few well-chosen words would have done. Although this does result in some gorgeous sentences, it’s still frustrating. You can easily get lost in the elaborate maze of her prose and realise at the end of a page you have no idea what she was trying to say.

Most of the stories feature a wistful woman with a baroque inner monologue, and as such, they run into each other. Each contains moments of beauty, but I couldn’t help but wish that they were a little more distinct – that each of the women didn’t seem to share the same personality.

There are a couple of tales, however, that do stand out. René – the only one written from a male perspective – is an interesting dissection of the power dynamics between men and women, and the murky mix of sex and violence that can underline that relationship. The brutality of the title character is shocking, as is the manner in which Bourdouxhe describes the transition in his attitude towards the unnamed woman – who remains largely blank, like a cipher. Even Renéseems surprised at how readily his initial attraction could turn violent.

The final story, Sous Le Pont Mirabeau, is the best in the collection. Like the others, it’s light on plot: a new mother joins the throng of people trying to escape the Nazi occupation of France during World War 2, as she looks after her young baby. Each night she stays in a new place, with a new family, and everyone she meets goes out of their way to help her. The way Bourdouxhe contrasts the kindness of people on an intimate level against the large-scale horrors of WW2 is desperately moving, and her depictions of the little towns are so evocative. Plus, there are Mig Quinet’s lovely illustrations peppered throughout.

It’s always nice to see a talented women who has been lost to history be returned to the spotlight. If only more of Bourdouxhe’s stories were as stunning as Sous Le Pont Mirabeau, then this would be a terrific collection. As it is, A Nail, A Rose is a decidedly mixed bag.