Steve Gleason’s story is one of extremes: from legendary NFL player to sufferer of ALS, he is one of the few who is in a position to understand first-hand both the potential and the limits of the human body. Directed by Clay Tweel, Gleason was shot over the course of five years and traces his journey from diagnosis to today.

Part vlog, part documentary, the film begins while he is a player for the New Orleans Saints, and his game-winning punt during the team’s first match on home turf after Hurricane Katrina. Labelled a hero, he retired from football shortly after. Tragedy struck however when he was diagnosed with ALS (Amyotrophic lateral sclerosis). In an attempt to record his thoughts while he could still articulate them, Steve sets out his philosophies on life for his unborn son. A poignant portrait of fatherhood follows.

What makes the story so powerful is that it is not sugar coated, furthermore, there’s no sense of agenda or of self-pity. At one point his wife Michel calls the whole situation a “mind f**k”: yes, Steve and his ‘Bad Ass Unit’ make great inroads into raising awareness for ALS but outside of this success they still have to live with this incredibly obstructive disease and the devastating emotional impact it has on all involved. Fundamentally, does being celebrated as a hero make Steve’s life any easier? This, and other questions, are raised with depth, subtlety and humour. 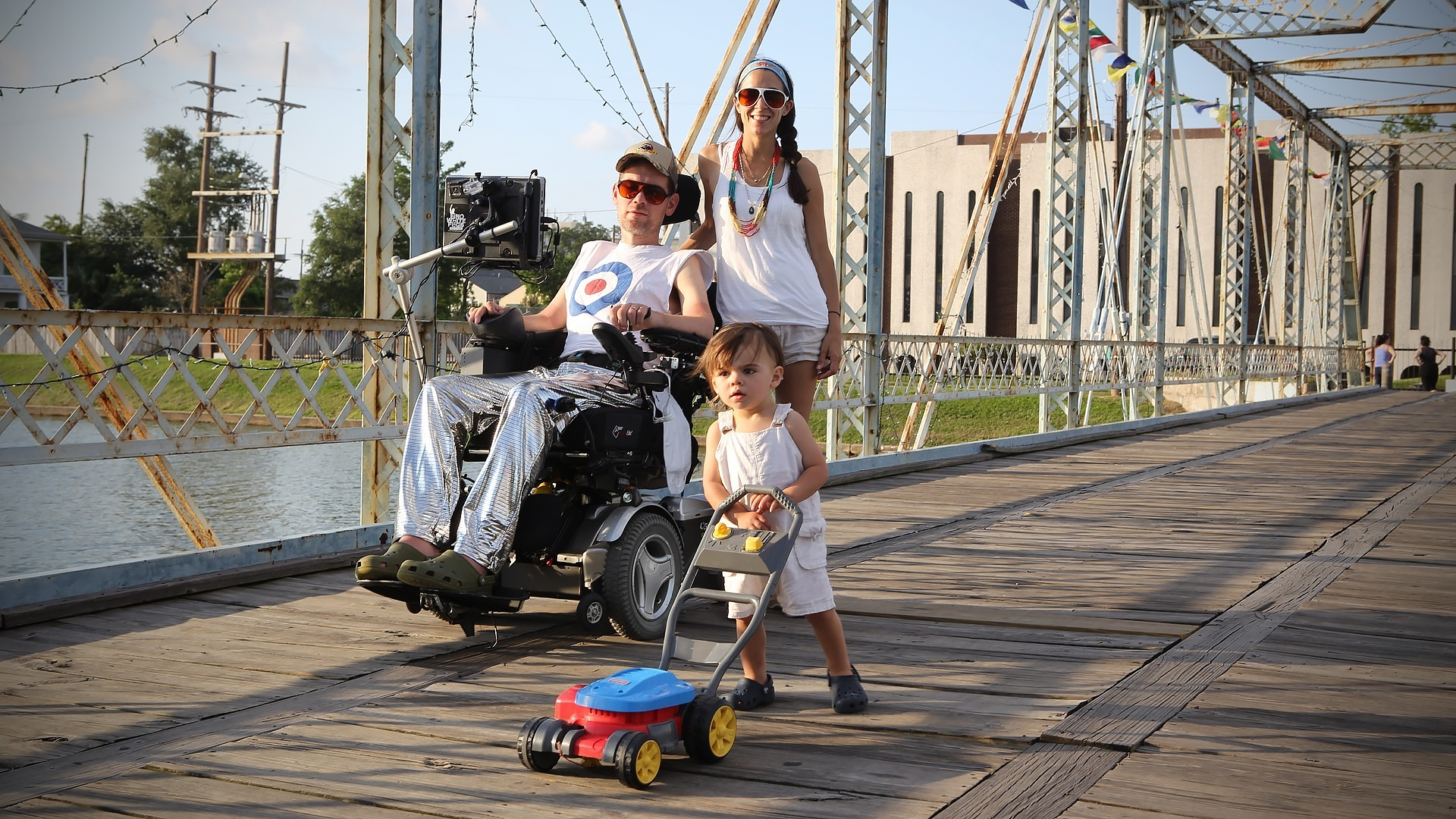 It’s to the film’s credit that it doesn’t shy away from showing the most traumatic, humiliating and tense moments in the day-to-day lives of the Gleasons. At the same time however, the documentary shows Michel and Steve’s wedding footage, the birth of their son Rivers and the playful everyday jokes that this naturally joyful couple share. Life’s a mixed bag, is the overwhelming impression we’re left with.

One wonders if the film would have been as successful if Steve and Michel hadn’t seemed like such charming, brilliant people. Throughout the years, their indefatigable team spirit is breath-taking. Steve’s pearls of wisdom to his son ring true with astounding profundity; at one point, he tells his recently born son that “it’s not going to be easy but it’s going to be awesome”. All considered, it’s a message that could very easily be applied to this heart-wrenching yet utterly life affirming film.