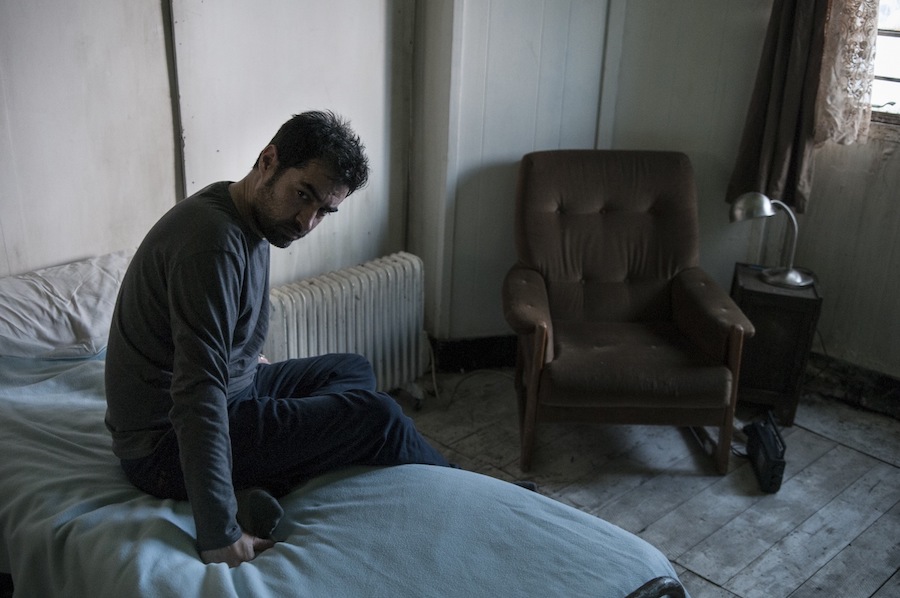 If Edward Hopper were still alive, and happened to be living in London, it’s easy to imagine him finding a muse in Gholam (Shahab Hosseini). Like many of Hopper’s subjects, Gholam cuts a lonely figure. He often wanders the city at night, silently contemplating. As in a Hopper painting, we’re never really sure what he is thinking about.

A recent immigrant from Iran, Gholam lives alone in a small grubby room in central London. By day he works at a garage, by night he drives a taxi. He has few connections in his adopted city; just his uncle’s family, who own a restaurant where he eats daily.

It’s at this restaurant where he is spotted by a man who claims to recognise him as a child soldier from the Iran-Iraq war. This man (credited as Mr. X), becomes determined to recruit Gholam for a mysterious task, a task that he has no interest in undertaking. As time and circumstance wear on, however, he is soon left without a choice.

Gholam is the feature-film debut of Iranian-born photographer Mitra Tabrizian. Like her protagonist, she has made a home in London, and her personal experience lends Gholam a real emotional truth. Some of the film’s best scenes come when Gholam finds himself among fellow immigrants; a moment of communion with an Iranian passenger as they listen to a song in his taxi; a corner-shop owner who has family back home; a sympathetic man at a food truck. These instances offer a fleeting sense of community, and an all-too-brief respite from stifling isolation. 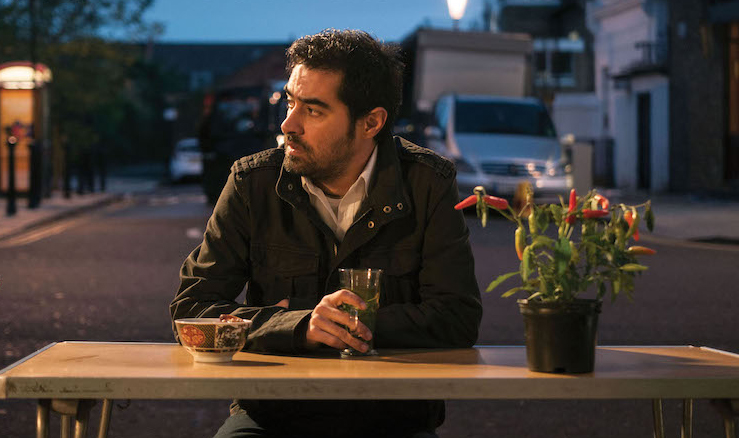 Gholam doesn’t speak much. Other than allusions to a childhood in the military, we barely learn anything about him throughout the entire course of the film. Tabrizian keeps his past, and his reasons for being in London, shrouded in ambiguity. We are purposefully kept at arm’s length from the conversations Gholam has with Mr. X; it is only at the film’s ending that we understand what he was asked to do. Even then we are left to ponder his motivations.

That we are given so little background about Gholam and his history thrusts us into the position of being active watchers. As an audience, we must gauge clues from his every word and action as to where he’s going and what he’s going to do. The more we watch, the more it seems that Gholam himself is unsure. This state of liminality gives the film a haunting quality; a quiet, sad atmosphere that settles quickly, and becomes almost imperceptibly heavier as Gholam progresses.

Playing this lost, lonely man, is Shahab Hosseini, best known to British audiences for his collaborations with Iranian director Asghar Farhadi, in films like The Salesman, About Elly and A Separation. Hosseini’s performance is masterfully understated; he suggests so much feeling with a watchful glance, or a tilt of the head. However little information we’re given about Gholam, Hosseini makes him three-dimensional; we may never learn his history but are left in no doubt that it informs his every action. He’s wonderful.

Gholam is an acutely perceptive portrait of immigrant loneliness, a contemplative character study, and an atmospheric mood piece. It will stay with you.