In a year where climate change is prevalent in the news, this year’s Glastonbury was a scorcher. The question is, was it to do with a bubble from the Sahara or is it our impact on the environment that caused it? Either way, Glastonbury 2019 will go down in history as the hottest on record, and the year there was no mud (much to my displeasure).

As a Glastonbury veteran (now onto my 10th or 11th year), I’ve learnt that if you try to see too much music it generally takes the fun out of the festival. This year’s line-up wasn’t up to its usual standard, with most of the great acts clashing, which was disappointing, yet at the same time it meant it was more laid back.

We arrived on Wednesday afternoon, gathered our bags and started the trek into the festival. Due to the extreme heat, it wasn’t particularly pleasant but the thought of the week ahead kept us going. Soon the camp was set up and it was time to adventure. Walking around the site as they’re adding the final touches is one of my favourite parts of the festival; the feeling that you’re returning home and seeing what has changed. 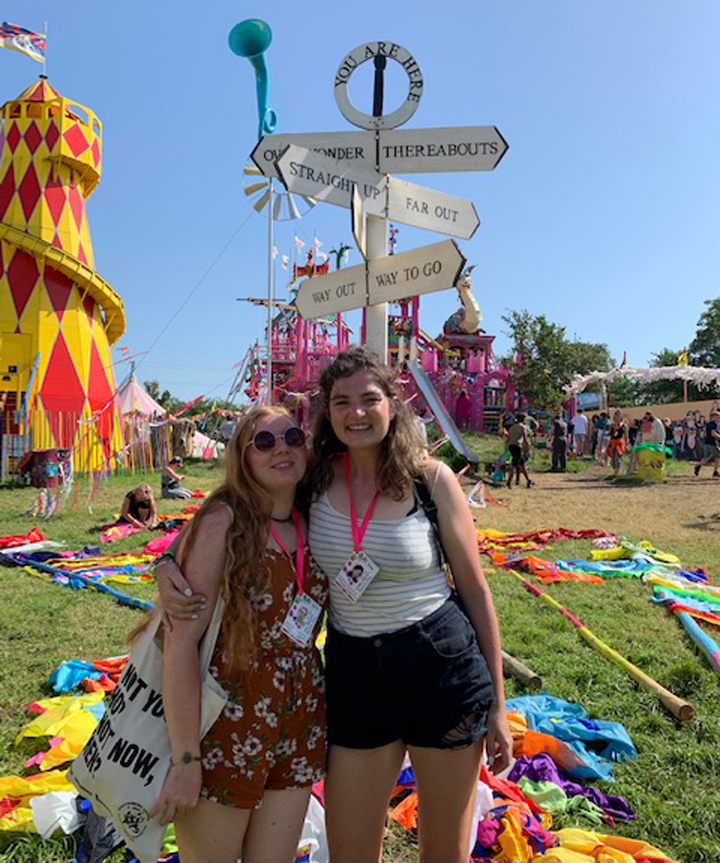 This year the festival took a much greener stance by selling water in cans for the first time and promoting reusing water bottles, as well as having water kiosks around the site for refilling. However, the Pyramid Stage after Miley Cyrus’ performance was disgusting, with the most litter I’d seen on the floor for the whole festival.

Wednesday night was spent in the Green Fields, after trying to see the fireworks but getting stuck in a one-way system. We danced to a blue grass duo who played covers of pop songs whilst the audience toe tapped and started their weekend. It was a chilled start to the festival and the night ended with a visit to the Stone Circle. 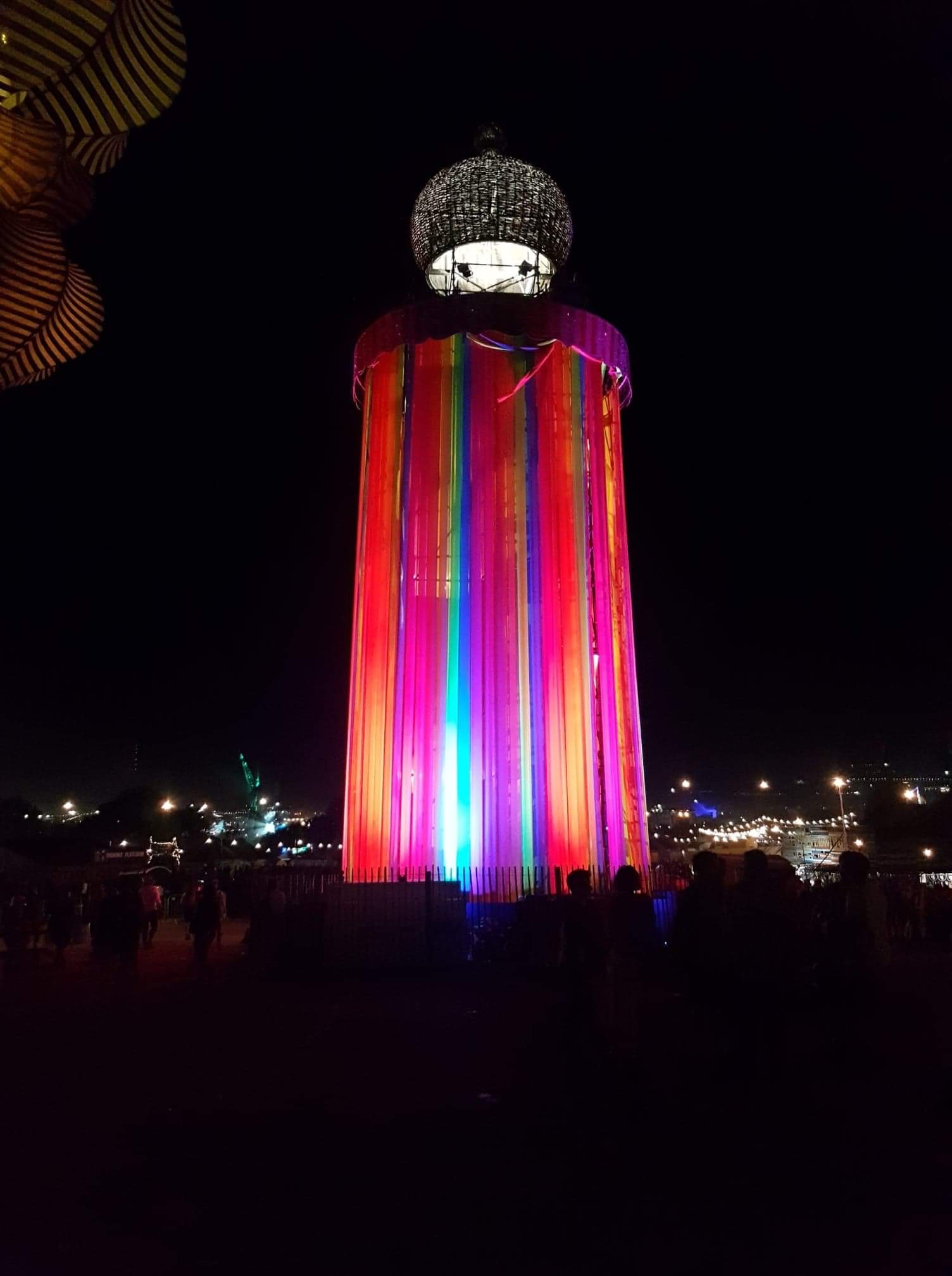 Thursday night brought with it a unique combination of Elvis and Nirvana, which came in the form on Elvana, who drew a large crowd to William’s Green. Groups who didn’t know each other started singing together, people got on shoulders and shouted along to the lyrics, creating a lively atmosphere.

Next up was one of my favourites (and a Glasto tradition): seeing the Old Dirty Brasstards – a drum and brass band who play song covers. It’s like a version of humdingers where you eagerly listen to the start of each song and then slot the lyrics in yourself. We claimed ourselves a bench to dance on – dangerous at times, but worth it for the view. Our night ended watching Onipa, dancing around with some of my favourite people and some new friends who were cladded in gold (also known as Andy from Finance). 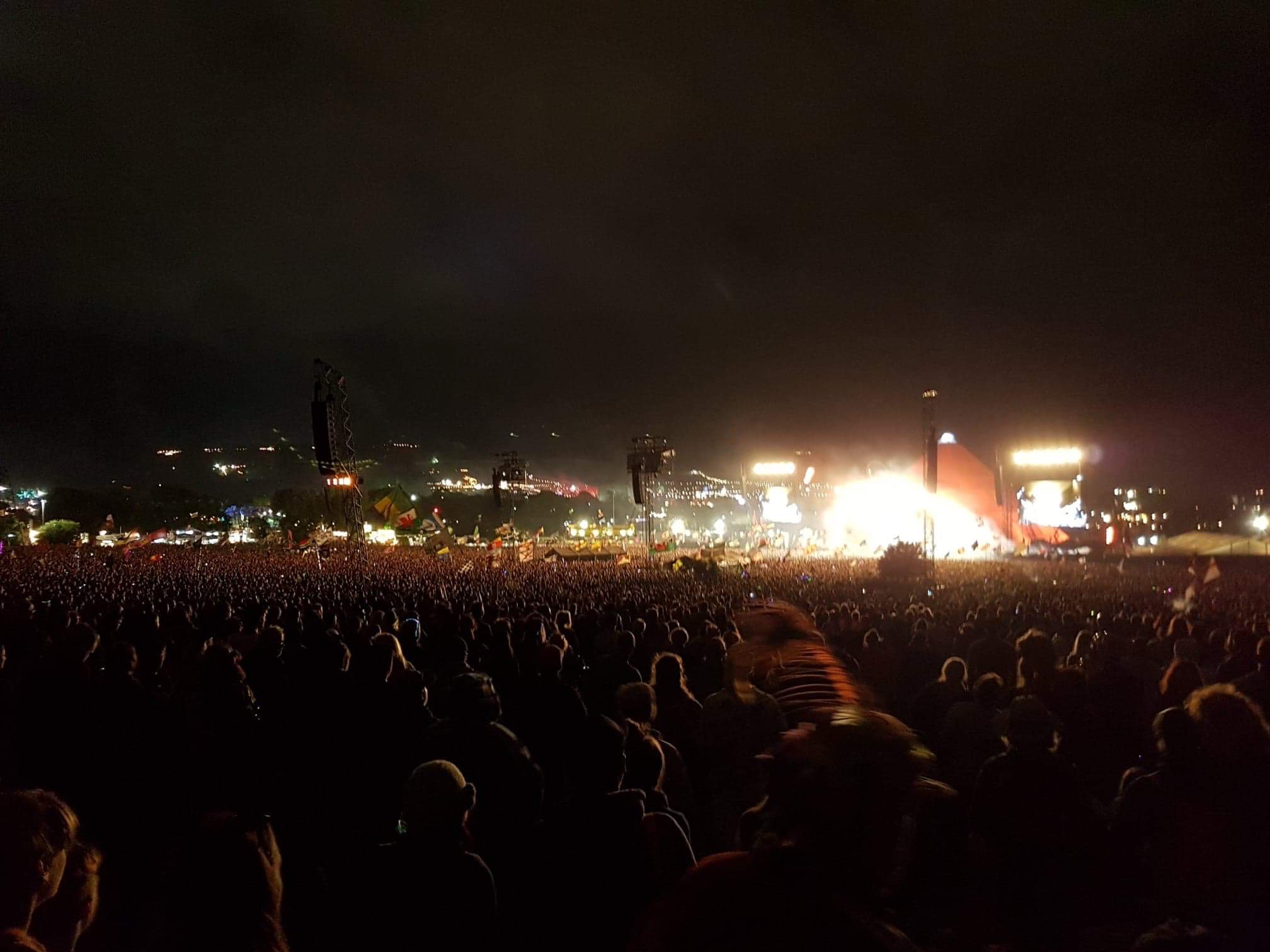 Each day at the festival held different surprises and adventures; meeting new people, finding out about secret gigs, and performing on abandoned stages in the early hours (I can now say I’ve performed at Glastonbury).

Friday was the hottest day I’ve ever experienced at Glastonbury and as a worker in the Kidz Field, it meant that we were out in the sunshine for the hottest part of the day, resulting in a few cases of sunstroke. We danced in the heat to Sheryl Crow’s ‘Soak Up The Sun’ and George Ezra’s ‘Cassy O’, which is my theme tune, and I was even impressed with Stormzy who I wasn’t interested in seeing in the first place.

After a stomp around the site we ended in The Rabbit Hole up in The Park where we saw a secret gig by The Mystery Jets, as well as finding out that Foals were playing the next day. 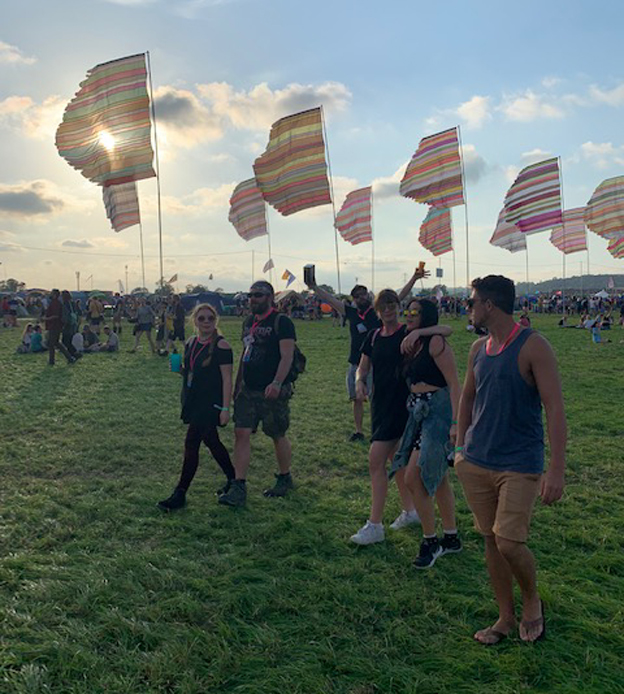 Saturday and Sunday brought more sunshine and the showers had to be closed due to a water shortage on the whole site. After a chilled Mojito, we tottered up to The Park to see Foals. A large crowd was gathering and there were whispers of different acts filling the slot, then all of a sudden the intro to ‘Mountain At My Gates’ poured through the speakers and the audience went wild.

Saturday night was my favourite across the whole festival. A quick dance to the energetic Ibibio Sound Machine, then we stumbled across DJ Yoda in the Green Fields where a video of Theresa May and the Royal Family played behind him as he scratched the decks and “snow” fell from the sky. It was just magical and one of my Glasto ’19 highlights.

As we walked towards The Other Stage, Wu Tang Clan appeared on West Holts with ‘Gravel Pit’. I mean, it would have been rude not to dance, right? So we stamped on a bench, wiggled to the ground and sang at the top of our dust filled lungs. 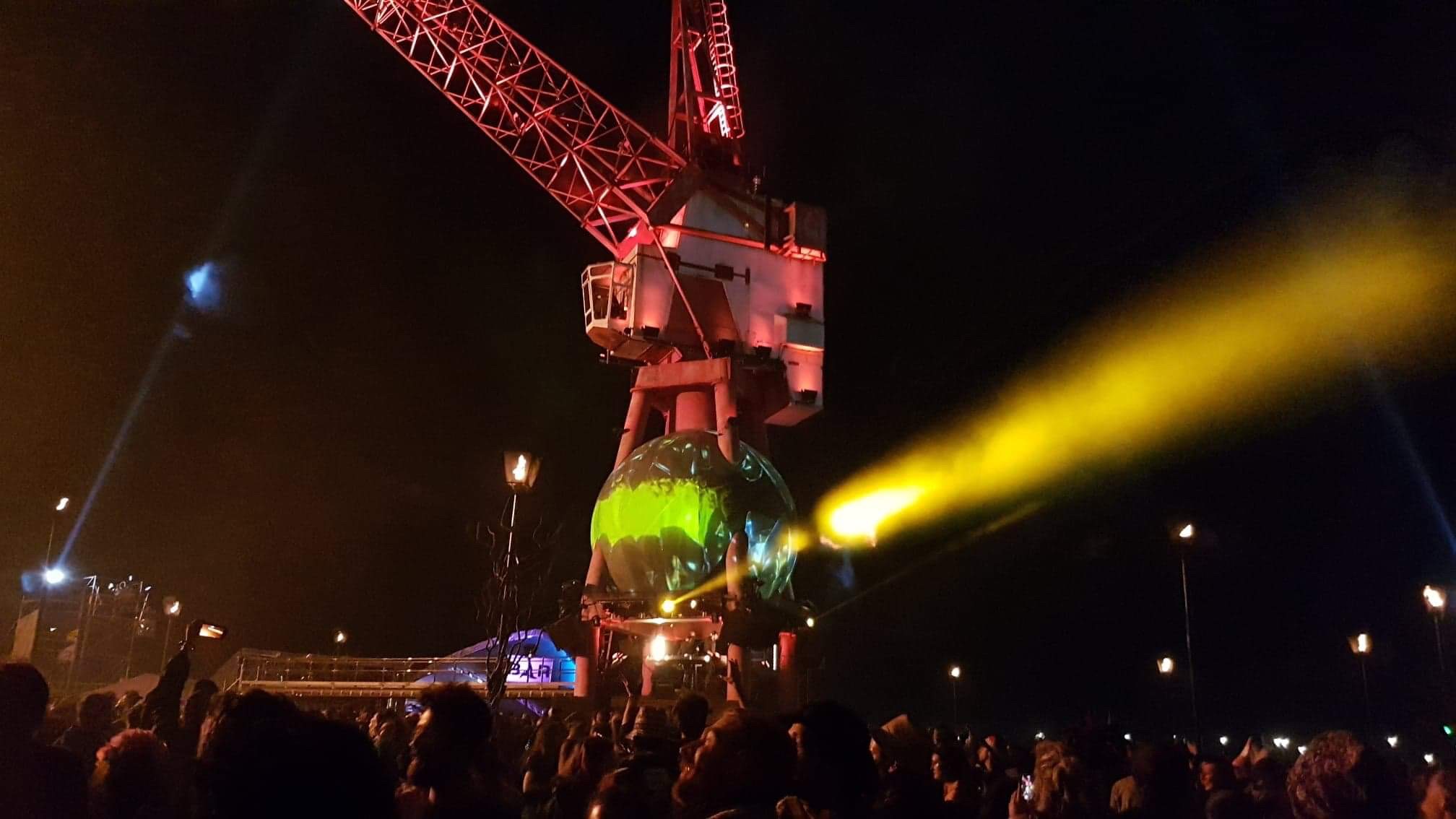 Chemical Brothers always put on a great show, and their set at Glasto this year was no different; artistic imagery filled the screens, confetti fell from the sky, and balloons rolled out into the crowd. The confetti seemed to fall forever as ‘Galvanize’ and ‘Hey Boy Hey Girl’ played through the speakers. Every so often there was also a flash of fireworks from the Pyramid Stage where The Killers were performing.

Sunday was a sombre day as the realisation that the festival was coming to an end hit us. The highlight of Sunday was dancing to The Cure with my family and friends at The Pyramid Stage. They were one of the best acts I’ve seen at Glastonbury, even if they didn’t play ‘The Lovecats’.

2019 was the best Glastonbury I’ve ever been too because of the people, the weather and the atmosphere. See you at Worthy Farm when June 2020 rolls around.