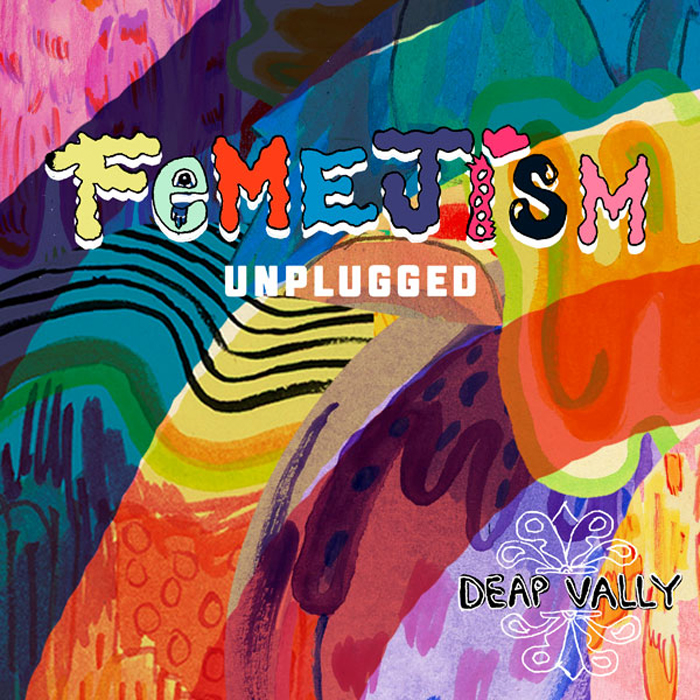 Feminist rock duo Deap Vally have released an unplugged version of their second album Femejism, which brings a raw, edgy 90’s grunge to their album. Think unplugged Nirvana mixed with The Runaways and a little slide guitar thrown in for good measure.

Having formed at a crochet class – proving that crafting is no longer just for your gran knitting over stale fruit cake – this duo have been described as a scuzzy version of The White Stripes with a Led Zepplin edge. Their first album, Sistronix, was released in 2013 and had lots of publicity from mainstream media including doing a live lounge at Radio 1.

Then in 2016 the girls returned with the hard hitting album Femejism, a record that merged funk and garage and held much more substance than their debut. Femejism was produced by Nick Zinner of the Yeah Yeah Yeahs and has taken the girls in a slightly new direction, pushing women’s sexual independence into the forefront and condemning the male sexual predator, especially in ‘Royal Jelly’.

Lindsey and Julie are showing a different side to their music with this acoustic, unplugged album, and if I’m honest, I prefer this version to the original Femejism. Highlights on the album include ‘Turn It Off’ which brings wind instruments into the equation to create a beautifully moving piece of music (and also has a cool video of moving smoke by John Stavas) and the experimental, lyrically thought provoking ‘Post Funk’.

As Deap Vally put it: ‘Check out our classy, sensitive side here. Available everywhere!’

Femejism Unplugged is out now.