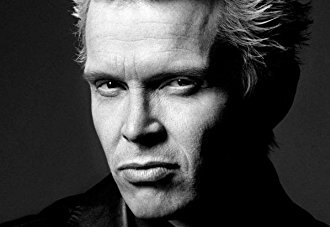 How To Get Away With Murder Season 1, Episode 5 Review 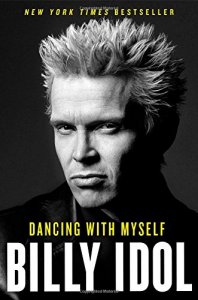 Dancing With Myself is 312 pages of history, beginning with the dawn of punk in the 1970s and tracking the evolution of musical styles and fashion right up to the technological age of today, all told through the eyes of the iconic figure at the centre of it all: Billy Idol. The autobiography leaves no stone unturned and Idol writes with a brutal honesty that is nothing short of inspiring. Picture the quintessential sex, drugs and rock ‘n’ roll scene and you’ve just scratched the surface of what Idol admits to during his time as a self-proclaimed ‘dope-sick punk-rock prince’.

From his days in Generation X at the forefront of the punk-pop revolution – where he describes being christened by fans in a storm of spit, sweat and blood as the punk way dictates to breaking out as a solo star in his own right amid the burgeoning prominence of the MTV scene in the 80s, Idol describes his time at the forefront of the developing music industry in alarmingly raw detail. Here, we get an intimate look into Idol’s personal life and experiences as well as the way it informs his song writing process. Knowing the story behind the lyrics of any song always adds that little extra touch to your understanding and, throughout this memoir, readers are privy to the moments of inspiration that became the music that defined a generation.

What surprised me most, although in hindsight it probably shouldn’t have, was the lyricism of the prose. The text was oddly poetic, sometimes jarringly so, and is clearly filtered through the eyes of a songwriter and a performer who lives, thinks and breathes music. The chapter titles each have ties to the music scene and are all associated with a place and a moment in time – everywhere from Bromley in South East London to Los Angeles, via three particularly crazy weeks in Bangkok – and these are the moments that built a life and a career.

Judging by the text, Idol’s journey was by no means an easy one – for every euphoric high, there’s a desperate and all-consuming low and it’s a battle that Idol acknowledges fighting on a daily basis:

“I am hopelessly divided between the dark and the good, the rebel and the saint, the sexual maniac and the monk, the poet and the priest.”

It feels like a cop out, the conflicted rock star riding his wave of success whilst battling demons and asking for forgiveness by blaming a personality trait beyond his control, but having lived his journey with him, it’s a position you can understand. Of course, writing 30 years after these events happened, it’s easy for Idol to sit and reflect on all the mistakes he made that he didn’t realise as they were happening. His regrets are obvious – the violent behaviour, the people he hurt and the desperate pursuit of his next fix – but the distance also gives him moments of clarity and the ability to point at his life and say this is where it went wrong, and this is where I should have made it better. The book begins with a crash, and the statement that “they say if you hear the bang, you’re still alive.” Well, Billy Idol heard the bang. It’s a moment in his life that defines him, a literal fall from grace, and it frames his story as the survivor’s tale the book’s dust jacket promises it to be.

I’m not one for autobiographies but I cannot recommend this one enough. As a figure, Billy Idol is famous enough that we all feel we know him – we know his music and we know his image but if there’s anything his autobiography tells us, it’s that we definitely do not know his story. It’s a glimpse into history, a dive into the deepest recesses of a struggle with addiction and, ultimately, the fascinating story of an icon.

Keeping The Memory Alive: Literature That Honours World War One