The Rocky franchise has never been about boxing. In 1976’s Rocky, the boxing is more of a vehicle to track Rocky’s (Sylvester Stallone) personal growth. In Rocky IV, the boxing channels Rocky’s grief while also unsubtly symbolising the Cold War (Rocky IV is a lot). The franchise wears its heart on its sleeve and doesn’t shy away from sentimentality. Creed 2, the eighth installment, follows tradition and focuses on the sins of our fathers as Adonis “Donnie” Creed (Michael B. Jordan) squares off against Viktor Drago (Florian Munteanu), the son of Ivan Drago (Dolph Lungren), the man who killed Donnie’s father, Apollo Creed.

Creed 2 stumbles by having Donnie confront his past, which is interlocked with Rocky’s. Director Steven Cable Jr and his writers Stallone and Juel Taylor struggle deciding whose story this is — is it Donnie’s as he learns what he fights for, or is it Rocky’s as he sees the past repeating itself? This is a Creed movie too concerned with being a Rocky movie.

This shouldn’t be surprising considering our culture is currently hyper-nostalgic. Old franchises are constantly revived. Creed 2 squanders the narrative chances offered by Ryan Coogler’s Creed because it doesn’t want to let go of what has come before. It’s too obsessed with legacy.

Yet, this is really the only problem in this moving and human movie. Stallone has gone on record saying this is his last performance as Rocky, although most will only believe that when it actually happens. Anyway, he is suitably sentimental. He’s been Rocky since 1976, and he wears the character like a second skin. Donnie has become Rocky’s surrogate son, in place of his actual son (Milo Ventimiglia), and the end of their relationship supports Stallone’s IRL comments. Donnie isn’t just the future of boxing; he’s the future of the Rocky franchise. 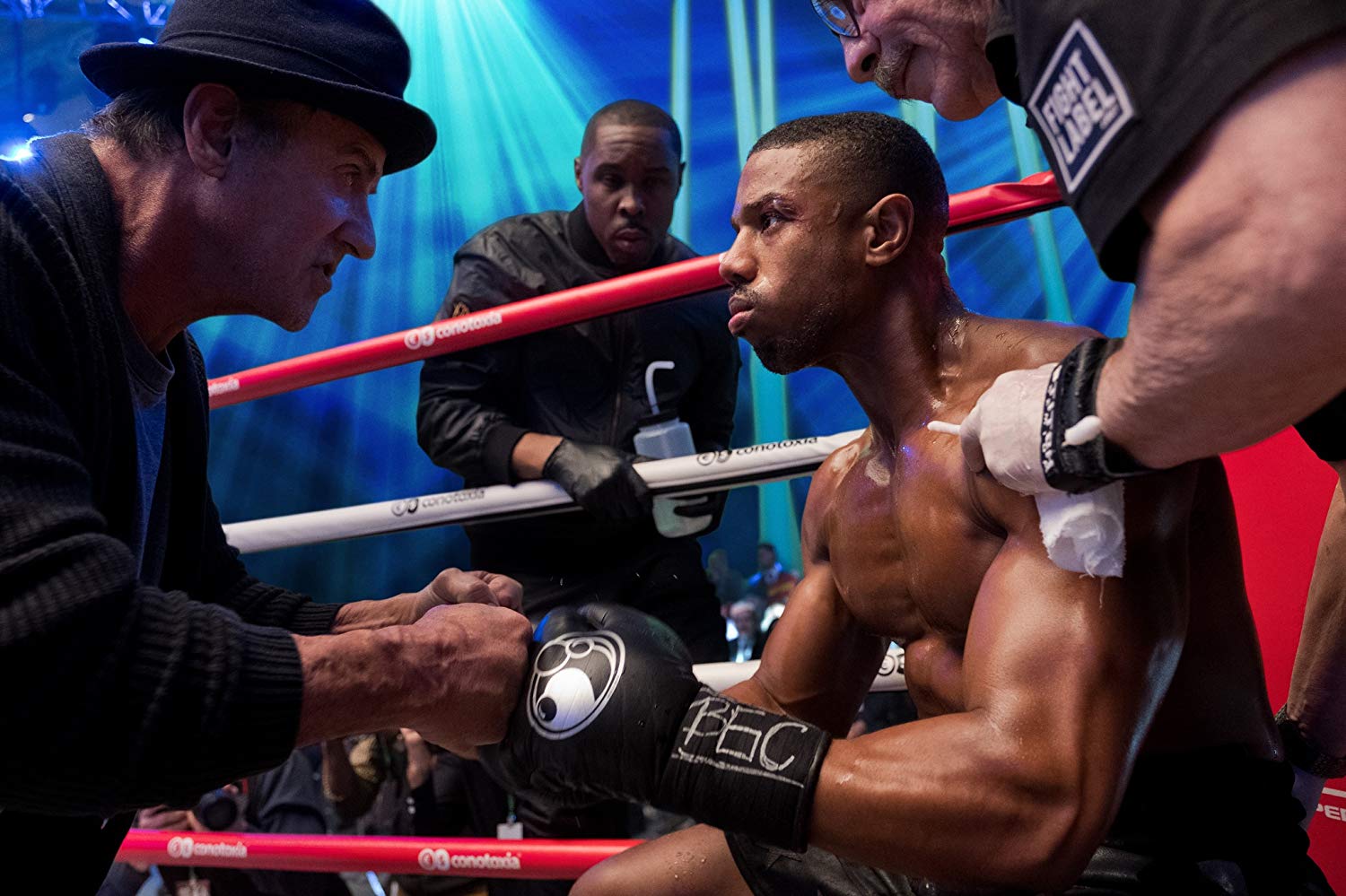 It’s a bright looking future. Michael B. Jordan is as impressive in the role as his physique. Starting as the HEAVYWEIGHT CHAMPION OF THE WORLD, Adonis comes to terms with his last name, the shadow his father casts over him, and the future he wants with Bianca (Tessa Thompson, reminding us why she’s become one of the most reliable actors in Hollywood). When Donnie is physically and emotionally bruised, the pain feels real.

The antagonism between Donnie and Viktor may be contrived, quite literally, but amateur boxer Munteanu plays a suitably wounded villain. Viktor sleeps on his father’s couch and his training regime is torturous as Ivan looks to win back the pride he lost. The relationship between the two Dragos, two men who say very little, is at times touching, as Viktor struggles understanding why his father is desperate to please the people who abandoned him just for losing a fight. 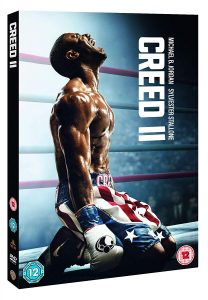 It’s the friction within the villains’ relationship that suggests Cable Jr’s point of view. He resists a lot of the Rocky franchises’ urges. He holds Bill Conti’s famous theme back for as long as possible (when it plays, it plays), often teasing us by briefly playing the trumpets mixed into a stellar hip-hop soundtrack. The inevitable training montage is so extra, it’s almost funny. And while he doesn’t recapture the balletic virtuosity of Coogler’s camera work, he still finds a unique way to film the boxing bouts.

Full of heart, Creed 2 is an emotionally moving movie as human as it could be. All it needs to do now is stop shadow boxing Rocky.

Ryan Coogler’s Creed By The Numbers