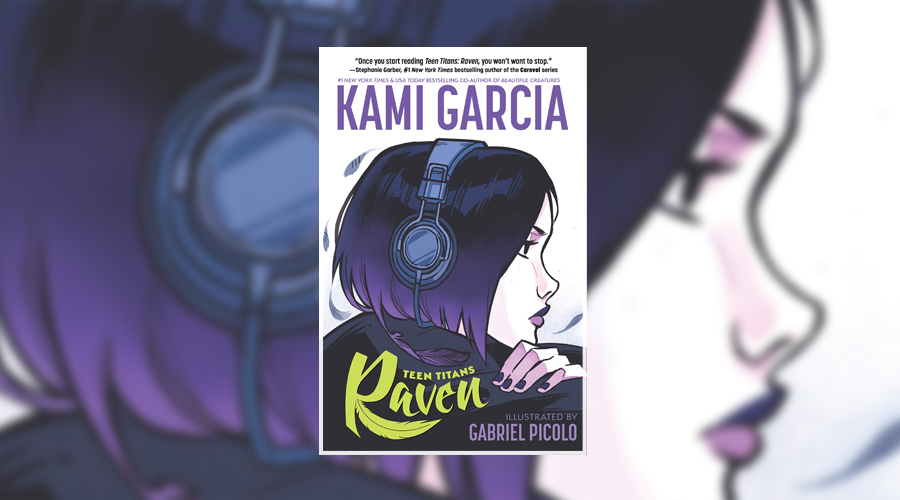 Teen Titans: Raven is a new young adult comic book, written by Kami Garcia and illustrated by Gabriel Picolo. It has an enjoyable and entertaining story, focusing on values around chosen family, while depicting modern ideas of diversity and inclusion. It’s a modern take on a character who was created in the 1980’s and has been filtered through various comic book interactions and two TV shows (Teen Titans and Teen Titans Go!). Anyone who has enjoyed the TV series will find this a similarly enjoyable tale for Raven.

In this incarnation, Raven is without her trademark teammates, but some familiar faces do appear. An accident causes Raven to lose her memory after a dramatic reveal; this is a comic book story after all, and through connecting with some distant family in a new city, Raven learns to rebuild.

One of the most striking parts of Teen Titans: Raven is Picolo’s art style. It’s reminiscent of classic magazine strips, like Archie Comics, which suits the younger audience for this book. Mostly in black and white, there are panels and people washed in pastel and watercolour tones during key moments. It helps to draw attention to elements in a vivid way and marries well with a story centred on a character like Raven, who’s struggling with memory loss but who is also closed off to emotions, letting them burst force with teen frustration.

With a New Orleans backdrop, the occult and voodoo culture is somewhat predictable. However, it feels carefully managed and woven into the story in a meaningful yet fantastical way. Just as Raven explores her mysterious powers, so too are we given a taste of other magic users and the ways in which different histories can play into cultural mythologies.

Teen Titans: Raven is entertaining for Raven fans and new readers alike. It’s a jumping on point, with follow-up books focusing on the other Titans; Beast Boy is next. Each of these books seem to have a standalone quality but with a thread weaving towards a larger story, if readers choose to follow along.

Teen Titans: Raven was published by DC Comics on 2 July 2019