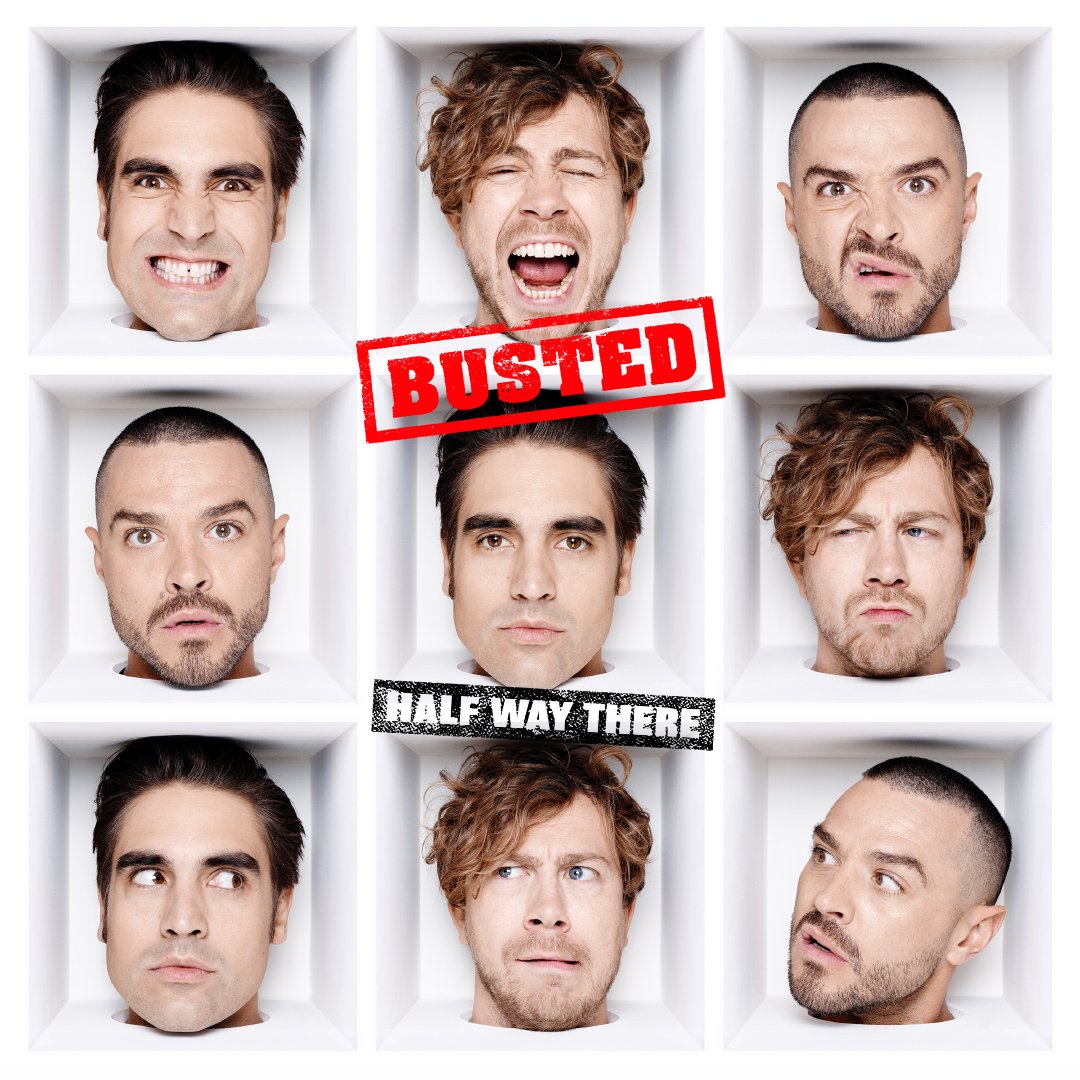 If Busted’s 2016 comeback album Night Driver served as a testament to the band’s more sophisticated, evolved sound, then Half Way There strips all of that back and marks a return to the kind of Busted album you would have expected to hear in their heyday. Gone are the electronic influences and synth beats of Night Driver, and in their place the band has given us the guitars, the drums, and the pop-punk sheen that original fans fell in love with – albeit, all mixed in with the more mature lyrics of a group in their thirties and a heavy dose of nostalgia for good measure.

There’s no denying the album’s reflective tone. From first single and lead album track ‘Nineties’ and all of its retro references to the album’s closing number ‘It Happens’, which serves as a pseudo autobiography for the band and their career to date, Half Way There is very much about looking back and remembering the good old days – which is great if you’re already a fan of the band, but doesn’t lend itself well to attracting new audiences in a time when so many pop artists are experimenting with their style and developing their sound.

Where once Busted would be singing about fancying their school teacher in ‘What I Go to School For’, now they’re heading back to school 10 years later in ‘Reunion’, an upbeat record with plenty of punchy guitar riffs that hones in on the idea of catching up with old friends. It’s quickly followed by the twice-previously recorded (by Bourne’s band Son of Dork and by McBusted for their self-titled album) ‘What Happened To Your Band’ about the band’s split, which is given a new lease of life amidst this album of stylistic throwbacks and retro Busted vibes to become one of the album’s stand-out tracks.

Of course, that’s not to say that the entire album is about growing up, moving on and looking back, as the band has also dreamed up a couple of the catchy, high-concept storytelling songs they’re known for too. The ‘Year 3000’-esque ‘Shipwrecked in Atlantis’ delivers another fantastical flight of fancy, while ‘Race to Mars’ takes a look at the space race in a tribute to Elon Musk and Tesla, and once again taps into the band’s penchant for a pop culture reference or two in its lyrics.

With 10 songs on the tracklist, Half Way There isn’t a particularly lengthy album and those 10 tracks rarely do much to distinguish themselves from each other either, ranging from guitar track to slightly slower guitar track so that the album blurs into a vaguely catchy whole if you play it in full. Individually, however, there’s a lot to like about these 10 songs, and Busted fans who’ve been there from the beginning are sure to enjoy each and every one. Yes, at times, the album does feel dated – a drawback of an album based on nostalgia – and yes, it can be difficult to determine where the group fits into the modern musical landscape, but Half Way There is so uniquely Busted that it doesn’t really matter.

This is one for the Busted purists, plain and simple, and it’s as much a love letter to the fans as it is the band returning to their early ‘00s roots with a grown-up eye. With 9 tracks out of 10 having been jointly written by all three members of the band – James Bourne, Matt Willis and Charlie Simpson – Half Way There feels like a real labour of love, combining personal lyrics and the sound the band is known for into an easy-listening album that reflects on Busted’s history, their present and their future – and if listeners find themselves singing along to choruses too, then so much the better.

Half Way There is released on 1 February, 2019, via East West Records