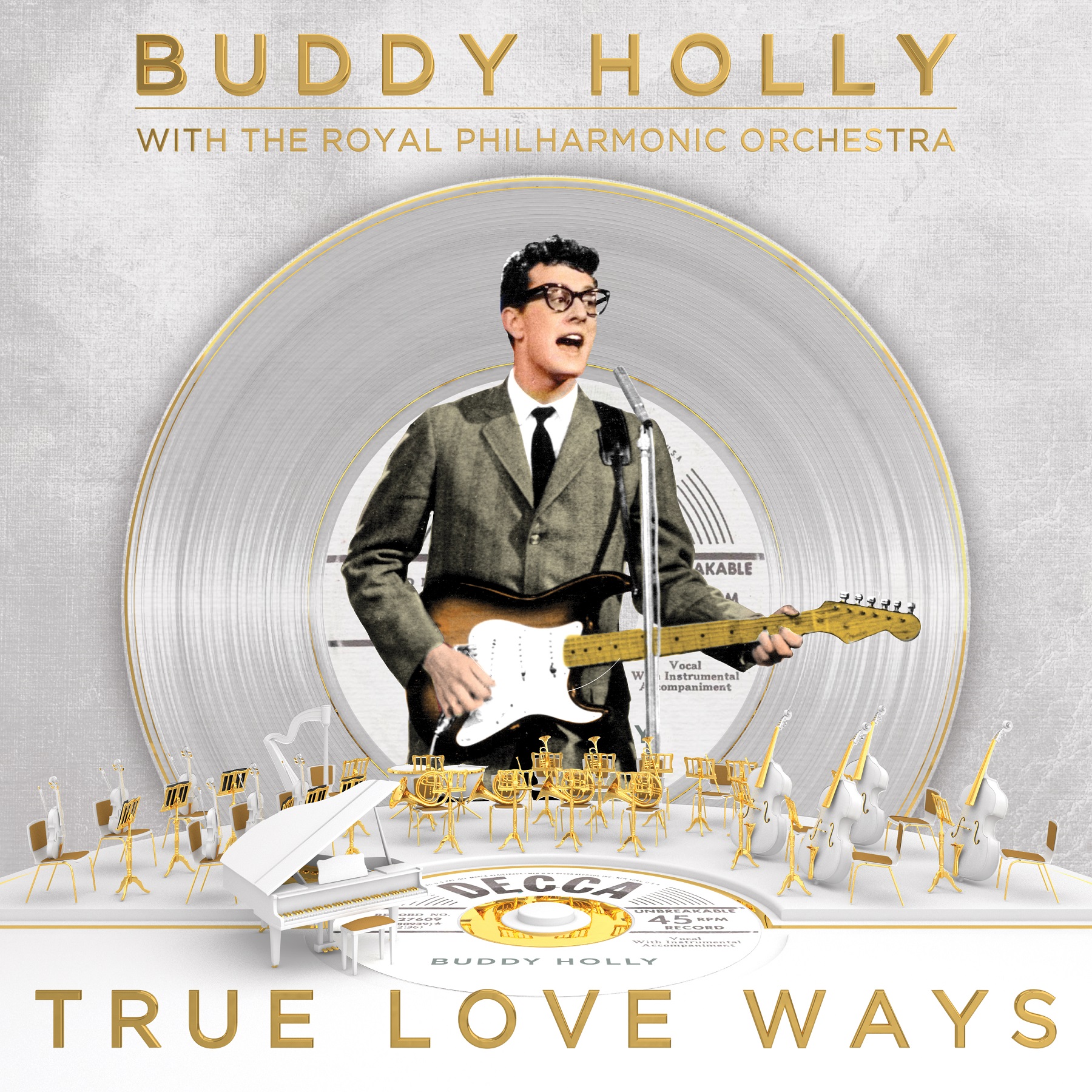 Until this album landed in my inbox, to me he was just the man with the glasses. A face I recognised, possibly the reason why Hank Marvin and Elvis Costello look the way they do, but that was all. Two days later, I know he was the father of rock’n’roll, Dylan’s spiritual master, the man who made guitar, bass and drums the go-to format for rock bands. If you listen to pop music, Buddy Holly is a voice you need to hear.

And how better than with the accompaniment of crisp new recordings by the Royal Philharmonic Orchestra? True Love Ways pairs Holly’s original vocals and guitar with sumptuous strings, making for an expansive, widescreen listening experience. The quality of the recording helps you to appreciate the calibre of the music, which in the original single-track recordings can be tinny and crowded – the aural equivalent of a blurred sepia photo.

The word ‘rock’n’roll’ does a lot of work when you talk about Buddy Holly. In the saccharine, whiter-than-white world of 1950s American popular music, the ‘rock’ and the ‘roll’ were buried pretty deeply beneath plush jackets, brylcreemed hair and gently swaying nice boys. Don’t expect the primal fury of Bob Dylan, the twin-guitar attack of the Beatles or even the rubber-lipped boogie of Elvis. Holly has a lot more in common with Sinatra or Davis than Lennon or McCartney. But on driving chooglers like ‘Rave On’ and ‘That’ll Be The Day’, you can hear the first rumblings of what was to come. The driving rhythm starting to creep in; the guitar starting to growl a little.

The orchestral arrangements do a lot to accentuate the original tunes, heaping emotive sounds onto the already wistful ballads, and adding brisk accentuations to the rockers. The collision of pop and classical is a risky business – Deep Purple succeeded, KISS failed – but Holly’s music is an obvious candidate for the Carnegie Hall treatment. On first listen it sounds a bit like the sort of thing you’d give your grandma for Christmas, but stick with it and there’s real beauty here – it pays to have your ears open to things to which you wouldn’t usually pay attention.

The highlight is ‘Moondreams’. A classic slice of 1950s schmaltz, yes, but adorned with blue notes and some lovely, Debussy-esque string pirouettes. It’d make a good background to some much-deserved Christmas fireside lazing.

A lovely collection of classical riffs on rock’n’roll’s earliest foundations. Feet up; wine out; get classy.