Book Review: And So It Begins by Rachel Abbott 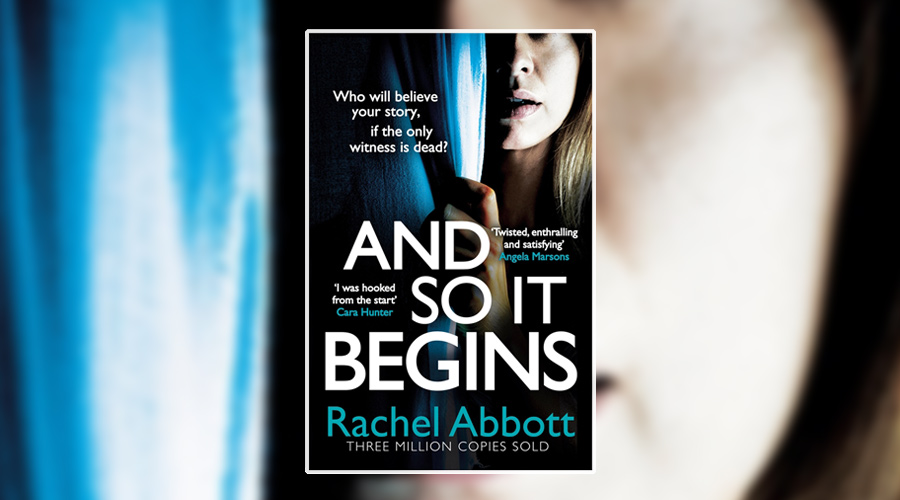 And So It Begins, as the title suggests, is a psychological thriller of beginnings and endings, means and motives, justifications and justice. In fact, most of the trauma that happens to the characters has actually occurred before the reader even meets them, paving the way for a story that unfolds slowly, piece by complicated piece, revealing the choices that led to the crime that kicks off the book.

We begin with Sergeant Stephanie King being called out to a cliff-top house in Cornwall. Inside the luxury home she finds a gruesome crime scene and two bodies – one dead, one alive – entangled on blood-drenched sheets. The couple are the inhabitants of the house: wealthy photographer Mark and his girlfriend Evie. Yet what Steph assumed to be a possible home invasion soon evolves into a murder case when Evie confesses to killing Mark.

From there we explore Mark and Evie’s whirlwind romance prior to that fateful night, and the subsequent court case, as Evie reveals she was the victim of domestic abuse. For Evie’s lawyer it’s clear-cut; Evie was protecting herself from a violent, controlling man. For Mark’s distraught sister Cleo, who adored her brother, there’s no way he did the things Evie is accusing him of. For the police, there’s something that doesn’t quite add up – if only they could figure out what it is.

And So It Begins grips your attention from the very first page, as it ponders Evie’s reason for murdering her husband. Abbott plays with the chronology and viewpoints, presenting a story that’s layered with secrets, lies and warped perspectives. Like Sergeant Steph and her colleague DI Gus Brodie, we know there’s something slightly off with Evie; she might have confessed to killing Mark and he might have been abusive, but just how much is Evie embellishing and what possible reason would she have to lie?

The twists come thick and fast as the story turns into a pacy courtroom drama, with Evie telling her sorrowful version of events and Cleo seething with hate at the woman who destroyed her family. It feels like a taut violin string, quivering with the strain, ready to snap at any moment. And snap it does, with heart-racing, unnerving consequences.

If you think you’re prepared for the truth when it’s revealed at the end, think again. Rachel Abbott throws a terrifically dark curveball in the last few chapters and it’s the kind of finale that will leave you reeling.