Brakes is centred on a simple idea. It’s a movie about break-ups where we see the break-ups come first. Part 2 comes before Part 1. We spend the first half of the movie watching nine couples that we’ve never seen before end their relationships, and the second half watching those same people get together.

It may be an interesting idea, but there are lots of interesting ideas that crumble under any kind of scrutiny. This is one of them. Think about it; why would you want to watch people you don’t know anything about break up? For the best part of an hour? It doesn’t make any sense.

Long before the closing credits roll, we come to realise that the most interesting part of a relationship is not the beginning or the end, but the middle. Sure, you lose the gimmick if you just fill your film with these middles. In fact, it would make even less sense than the movie does now.

But the middle of a relationship is where everything happens. Excising that part from the film means excising the important stuff; all of these people become homogenised, because there isn’t anything to differentiate them. There’s a real deadening effect to watching nine pairs of people break up from each other when you don’t know the context, or the characters, or the circumstance. By the time Brakes eventually wheels round to Part 1, it’s just impossible to care. 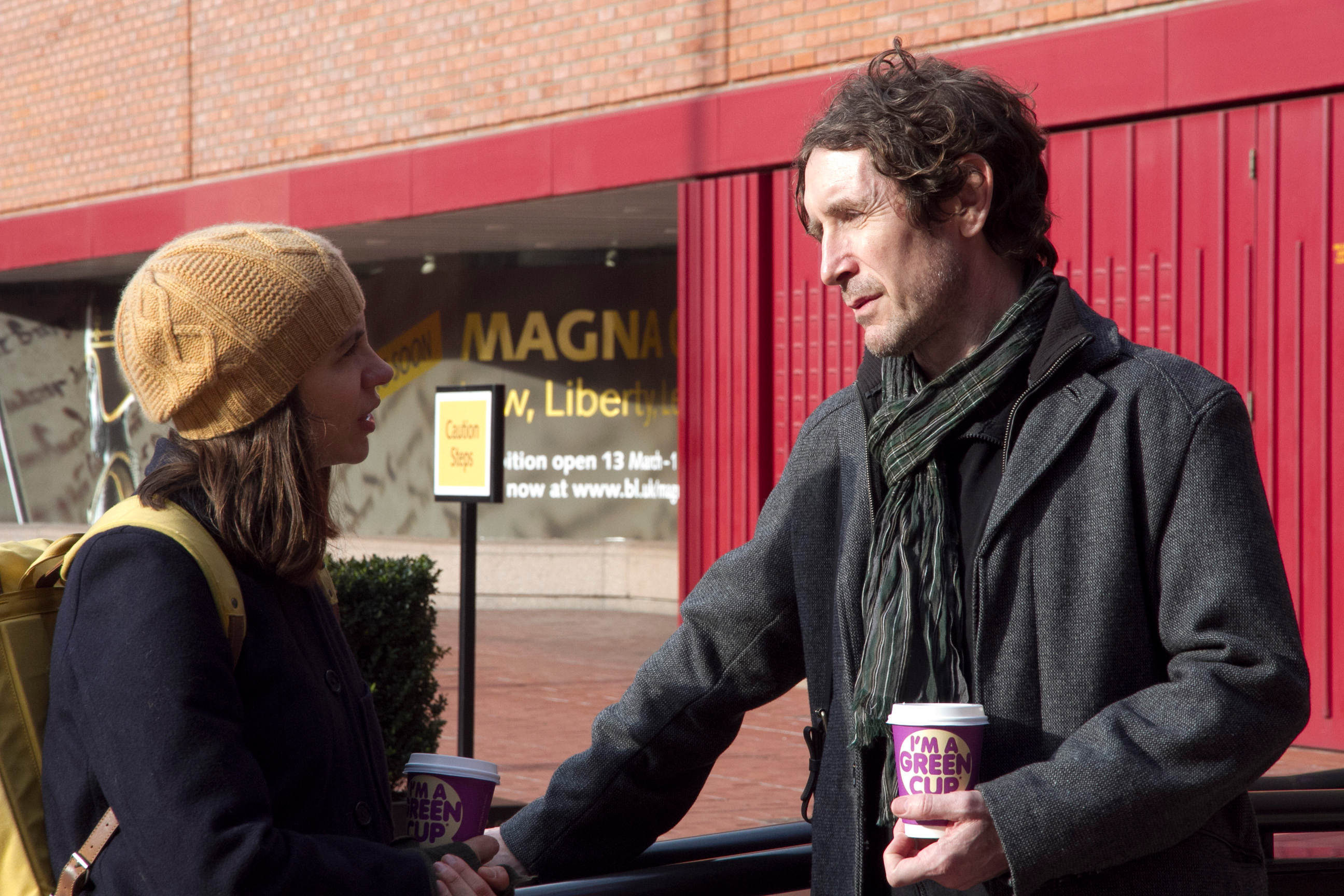 We’re also presented with an unconventional tour of London thanks to the film’s almost non-existent budget. Our couples break up and then meet for the first time in underground toilets, overground platforms, outside theatres and alongside a grubby bit of the Thames. It’s refreshing to see a side of the capital not often reflected on the big screen.

Unfortunately, that micro-budget leads to another huge problem with Grower’s film. Brakes looks terrible. Think student video, think home movie from two decades ago; it’s hard to imagine how the aesthetics of this film could be any worse. There are random aspect ratio switches, one scene is lit much more poorly than the rest, there are many visible instances of awkward, mid-shot reframing, and some very intrusive zooms. Even if the cast were given anything substantive to do, it wouldn’t matter, because in many scenes you can barely see them. It is shocking to think that a film that looks like this will actually be played in cinemas.

Ultimately, it’s hard to tell what Grower is going for with Brakes. As a gimmick, it gets old quickly. As a comedy, it isn’t anywhere funny enough to overcome the structural flaws. As an incisive look into the transitory nature of modern-day relationships, it doesn’t appear to have anything to say, other than that all love will end in heartbreak. Great.

Brakes is bad. Really, really bad. Between the appalling camerawork and cinematography and the profoundly flawed idea at its centre, this movie is a festival of faults. Rarely have eighty minutes seemed so long.