The movies have never lacked for portrayals of the male mid-life crisis. 8 1/2, Husbands, The Swimmer, Sideways; some of the best films in cinematic history have centred on middle-aged men in existential turmoil. Despite re-treading this decidedly old ground, writer-director Mike White finds plenty to say in his sophomore feature, Brad’s Status.

Brad (Ben Stiller), is the director of a small but successful non-profit, based in California. He’s happily married to Melanie (Jenna Fischer), with whom he has a teenage son, Troy (Austin Abrams). Though on the face of it, his life looks perfect, during the week he takes Troy to visit Harvard, Brad is plagued by insecurities about his place in the world, and how his life has turned out compared to his own wildly successful college classmates (Luke Wilson, Michael Sheen, Jermaine Clement).

The movie is propelled by Brad’s voice-over, and it’s extremely personal; we are privy to his secret desires; we hear each thought that flickers through his fraught and addled mind. These thoughts are always neurotic, and often embarrassingly so, but each one will feel relatable to anyone who has ever worried about dropping behind in life as their friends are surging forward. They may not be pretty thoughts, but they’re honest.

When you talk about the best portrayers of the ‘everyman’ working in Hollywood today, the first name to come up is typically Tom Hanks. Over his long career, and more acutely in recent years with films like The Secret Life Of Walter Mitty, The Meyerowitz Stories and now Brad’s Status, Ben Stiller has proven himself worthy of inheriting that crown. 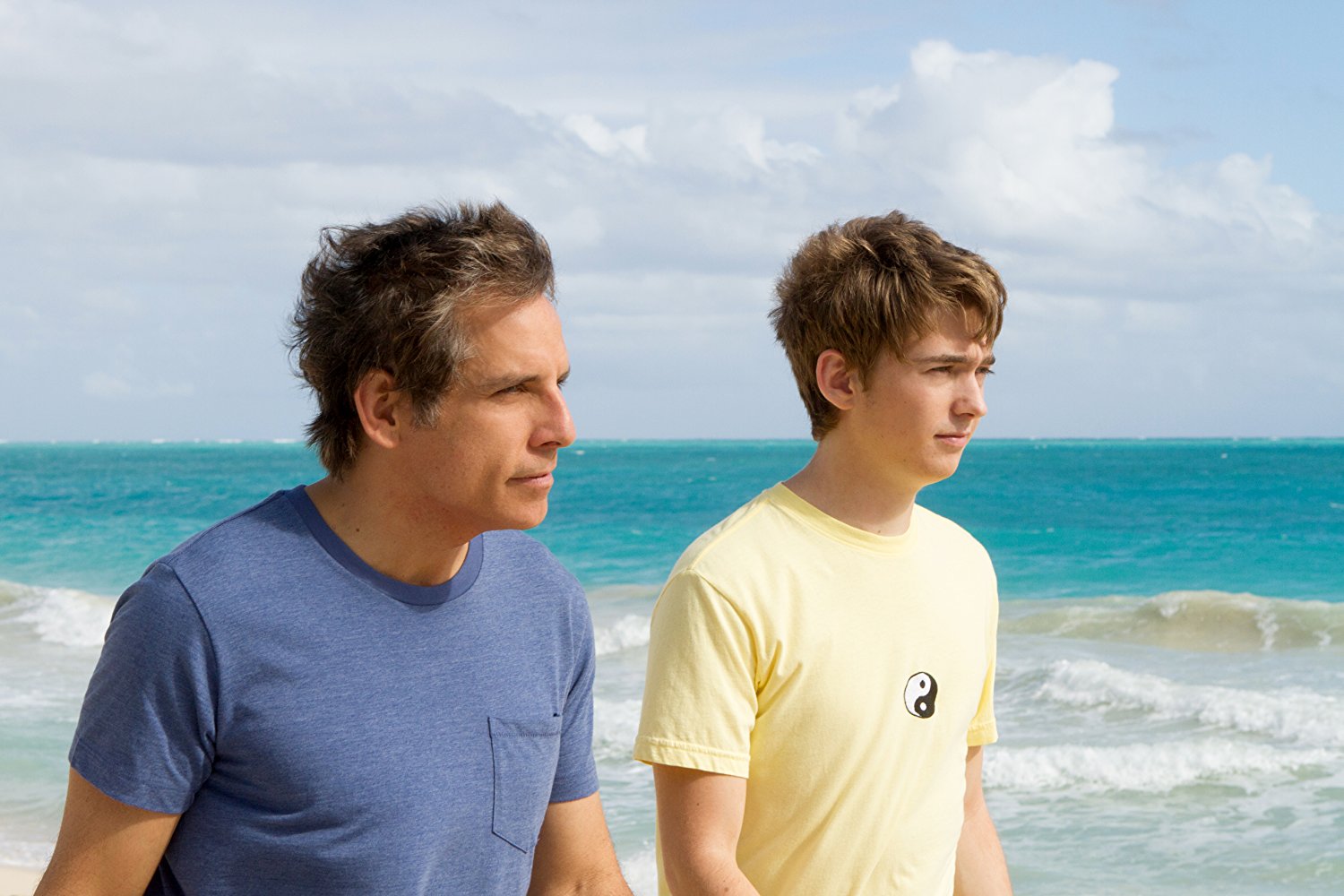 Stiller is so adept at handling men who get stuck within the mire of their own minds (Brad is very much a Walter Mitty type, even down to his daydreams). You can find Brad endlessly frustrating, but Stiller keeps his humanity and vulnerability at the forefront, and so you never stop wishing the best for him. Witnessing his growth over the course of the film is a surprisingly moving experience; that perfectly-pitched final exchange between Brad and Troy earns every emotion it elicits.

It isn’t just the status insecurities that accompany a mid-life crisis that White explores in his witty and astute screenplay. A lot of time is dedicated to tackling the often-cavernous gap between millennials and their parent’s generation. A lengthy dialogue between Brad and Ananya (Shazi Raja), a first-year student at Harvard, is a fascinating swirl of idealism meeting realism; adulation confronted by blunt honesty. Anything new that Brad’s Status has to say about undergoing a mid-life crisis is said during the scenes shared between Brad and Ananya, and they are riveting.

There’s so much going on in Brad’s Status that it would be easy to overlook just how entertaining it is. From Stiller’s many instances of embarrassing his son and his ridiculous daydreams, to exaggerated performances from Jermaine Clement and Michael Sheen, there are few moments that pass without a laugh, or at least a rueful smile. That there’s such a truth behind the funny moments makes them all the funnier.

Brad’s Status may re-tread old ground, but it does so with a spring in its step and a wise head on its shoulders. It’s a sterling screenplay from Mike White, and yet another reminder that we don’t give Ben Stiller enough credit as a dramatic actor.