One day, whilst walking the Bulgarian railway line where he works as an engineer, Tzanko (Stefan Denolyobuv) discovers a discarded fortune strewn across the tracks. Though he is a poor man, he decides to report the money to the authorities, rather than keep it to himself.

Hearing about Tzanko in the paper, and being in dire need of a story to distract the public from an ongoing corruption scandal, Julia (Margarita Gosheva), PR boss for the Transport Ministry, decides to capitalise on the attention Tzanko’s been receiving and reward him in a public ceremony. Once she comes face to face with the ragged man, and witnesses his scruffy beard and debilitating stutter, she soon comes to regret her decision. And Tzanko continues to plague Julia long after the ceremony has passed.

Glory is about one thing – the manipulation of a simple, honest man, by a corrupt media and a corrupt government. That is all it is about, and it underlines this fact so often, and with such a stubborn lack of anything approaching nuance, that by the time the film reaches its final scene, I’d nearly chewed off my own arm with boredom.

Our two leads are blaringly divergent characters. Tzanko’s stutter means he’s quiet by necessity. He lives alone in a dishevelled little house, with only his beloved rabbits for company. Julia is a cartoon of a workaholic woman; the first time we meet her she is answering a work call during an intimate gynaecological exam. She’s polished and ambitious, and utterly disregards the feelings of those around her. 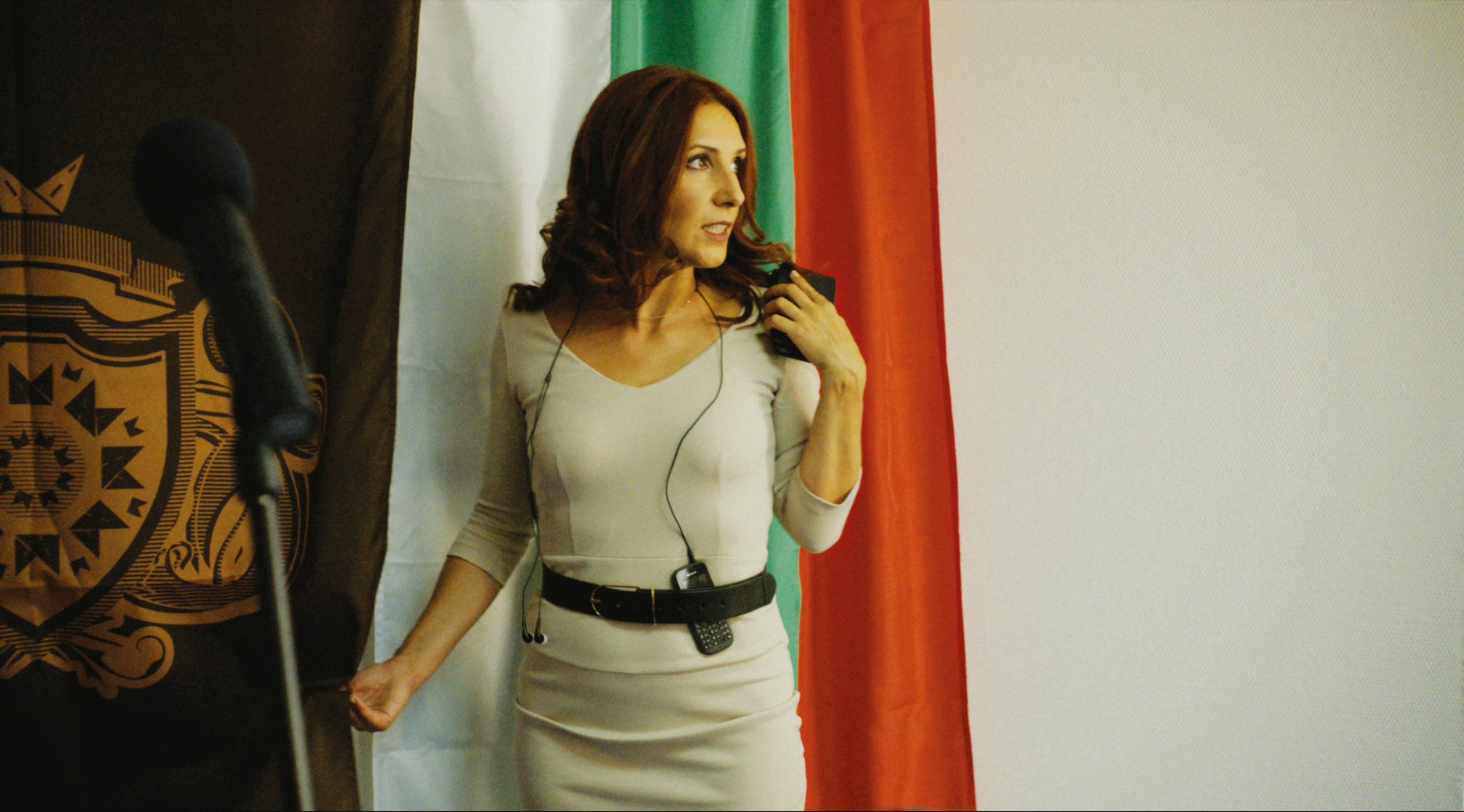 Though they might be complete opposites, Julia and Tzanko are united by the fact that neither of them are believable as characters. Julia is clearly set up to be the villain of the piece, and so despite an attempt at humanising her with an IVF subplot and an inexplicably loving husband (Kitodar Todorov), it stands to reason that we wouldn’t feel anything for her. Tzanko, however, is meant to be the underdog; he’s meant to be our man! Unfortunately, the narrative is so schematic and on-the-nose, its hard to relate to him as anything other than a device.

This lack in the character department is a problem with the writing rather than the acting; Gosheva gutsily embraces Julia and her villainy, and Denolyobuv gives Tzanko a constantly amusing look of discomfort. They are both very watchable, and would have done wonders with more interesting characters.

Glory really suffers for the lack of interesting characters. The trajectory of the movie is set from the earliest scenes; the destination is obvious. Combining the lack of surprises along the way with the fact that these characters are so hard to care about, makes sitting through ninety minutes of bureaucratic incompetence and chicanery seem particularly pointless. There are amusing moments (the too-small mic stand, the constant swapping of trousers), but nowhere near enough to sustain the film.

Whilst well-acted and not entirely lacking in humour, Glory is too hampered by the repetition of its message and the superficiality of its characters to amount to anything satisfying.