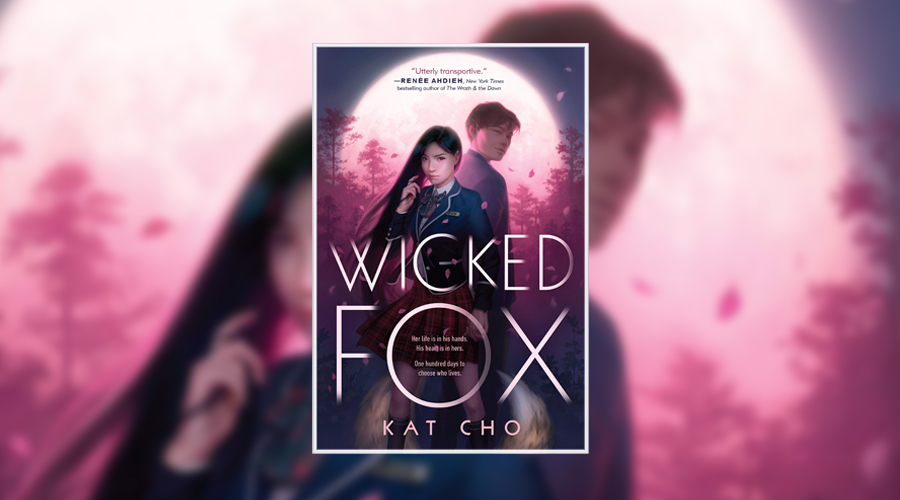 Set in modern day Seoul, Wicked Fox tells the story of Miyoung, an immortal gumiho – a nine tailed fox creature with a human form – who has separated herself from the human world at the command of her mother, Yena. Her path crosses with a young man, Jihoon, who lives a happy life with his halmeoni (grandmother), causing their lives to become intertwined. Looming death follows the pair whose lives seem to now count on each other, even as they are trying to learn to trust one another.

Wicked Fox is an urban fantasy novel, though it’s marketed as YA. Its protagonists are at the end of their teen years, but it doesn’t veer into teen angst. There are romantic elements but they play out in a natural, we’re-fighting-for-our-supernatural-lives, sort of way. The Korean setting is at the heart of the storytelling and the author trusts you to understand the terminology, names and traditions without fully explaining them, using contextual nudges to acclimatise you to what might be a new world.

Gu Miyoung is a character in turmoil, though it simmers beneath the surface. As a gumiho, she must feed on gi, the life energy of another human, in order to survive. But to do so she must kill the person and this is what Miyoung struggles with. She tries to take only from bad people and the irony isn’t lost on her. Her mother Yena is firm and distant, showing few if any emotions outside of anger, keeping Miyoung at a distance. She means to keep her daughter protected and strong, but really it makes her isolated and vulnerable. Which in the end is what allows Jihoon to step into her life.

Jihoon is an upbeat, helpful young man, who is prone to getting by at school and playing video games with his friends rather than studying. His childhood contains trauma that lingers in him, his father is gone and his mother abandoned him, but he has abundant love with his halmeoni. Halmeoni is one of the most wonderful characters. She is sure and wise, a great cook and a cautious advisor. The relationship between Jihoon and Halmeoni, as Miyoung notices, is a sweet and nurturing one that anyone would be envious of.

It is a Dokkaebi attack in the forest that forces Miyoung and Jihoon together, seemingly by chance. Jihoon intervenes in a fight between what he thinks of as mythical beings, an altercation that leaves Miyoung vulnerable. So begins Miyoung’s investigation to try and find a solution to a new pain that plagues her, and Jihoon’s journey to not only realise the magical world exists in his city, but to getting to know a lonely young woman that he finds himself caring more and more about each day.

Along the way, Miyoung and Jihoon have to negotiate a police detective investigating ‘wild animal attacks’ across Seoul, a young Shaman who attempts to help Miyoung and her grandmother who sees gumiho as the enemy, Yena who forbids any human connections, and Lee Somin, their classmate who is fiercely defensive of her childhood friend Jihoon and highly distrustful of the elusive Miyoung.

The world-building of Wicked Fox settles you into Seoul and its magical underworld easily. It’s peppered with interesting characters from both sides, and navigates you around a city that exists to honour the past while building the present. The story is captivating, with a mystery to be solved, but which doesn’t linger on it. It has a quick pace and an easy readability, allowing you to seamlessly move from chapter to chapter, even as it switches from Miyoung’s perspective to Jihoon’s. There is a sweetness to the leads’ budding relationship that draws you in, though it doesn’t feel saccharine.

If you’re looking for a solid urban fantasy meets YA read that introduces you to a, perhaps, lesser known strand of mythology, this Korean tale is for you. As it’s part of a new series, and the debut novel from Kat Cho, now is the perfect time to get on board.