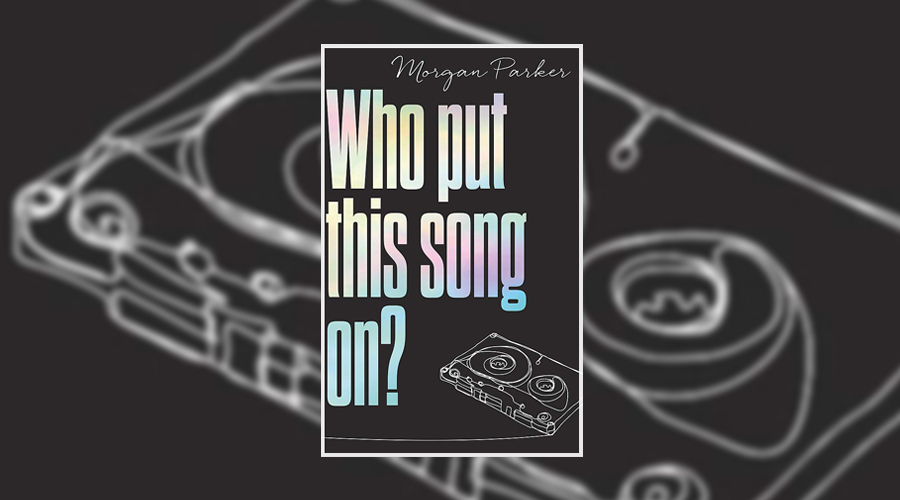 In reading Morgan Parker’s debut novel, it wasn’t long before I began committing the cardinal book-lover sin of folding down the pages, mainly to mark the quotes that jumped out at me. By the end of the novel, there were just as many pages dog-eared as not, letting me know that as far as YA novels go, Who Put This Song On? is one of the most honest, relatable and intuitive books out there right now. Equal parts funny and emotional, while also shining a spotlight on some very important and often undiscussed topics, Who Put This Song On? is a poignant exploration of mental health, adolescence, race and identity.

Based in part on the author’s own teenage life and diaries, Who Put This Song On? follows 17-year-old Morgan over the course of about six months in 2008 as she navigates life and tries to find her place in it. Between beginning to learn to live with her depression and anxiety disorders, cycling through medication to better manage her diagnosis, questioning the curriculum at her mostly-white, Christian high school and questioning her own beliefs while she’s at it, Morgan feels trapped in her small-town suburban life, desperate to skip the ‘finding yourself’ stage and wake up knowing who she’s supposed to be.

With the support of therapy, the group of fellow outcasts and nerds she calls friends and a brilliant soundtrack, Morgan learns more about what being black means to her, as well as what she’s passionate about and how to put her mental health first, all while not compromising on who she is.

“This has happened before – me being misread, misunderstood, mistaken for someone else. I ‘seem’ gay, ‘act white’. I’ve got a very specific look and vibe happening. That’s actually a thing I like about myself, even when people make fun of me or don’t understand – and even when it’s the reason for my loneliness.”

From the very beginning of this book, Morgan comes off as a completely well-realised character almost instantly – which is perhaps not surprising, given the semi-autobiographical nature of the book, but very welcome, considering we’re about to spend the next 300 pages in this character’s head. And it soon becomes clear that this book has no filter too – what Morgan thinks and feels is what we read, be it her uncompromising criticism of a less-than-diverse skewed view of history in her classes, or the panic, self-doubt and self-shaming things Morgan thinks about herself. With such an intimate narrative style, there’s no wonder readers are instantly drawn into Morgan’s story and once she quickly wins you over, you’re determined to stick with her for the whole journey, through the highs and the lows.

Unfortunately, at times throughout the novel it really does require that determination. Told less as a novel with clear-cut chapters, Who Put This Song On? is instead more a collection of thoughts, grouped together by a person (‘Tim’), a feeling (‘The Difference Between Me and Them’) or a moment (‘Yeah, But Not Really Black Though’). It’s a brilliant way of moving through Morgan’s story – which does keep its overall narrative structure, albeit with plenty of asides and parentheticals – but can make for some quite disjointed reading, and the middle of the book especially felt like it was lacking any forward momentum to drive readers through to the end.

Despite that, this is a story worth telling and a must-read for contemporary YA fans – and all teenagers in general, come to think of it. Morgan writes beautifully, with prose full of lyricism and strong imagery, and with it she articulates the familiar teen emotions and experiences with both frankness and humour, before continuing on to also give a voice and a description to experiences of mental health with such open honesty too. Whether you can relate to it or not, it’s sure to chime with you and open eyes to the reality of living with a mental illness, like depression.

Although there are moments in this novel that ring a bit false at times – some stilted speech patterns among teenagers being a prime example – Who Put This Song On? is overall a heartfelt and hard-hitting coming of age story which is bought and sold on its commitment to realism and honesty. Yes, the very ‘00s soundtrack, band references and proclivity for mix CDs may not mean anything to a younger reader today, but the book also holds a timeless appeal in that it holds up a mirror to what is a very universal experience and tells the kind of story that has gone untold far too long. This is one to read and one to savour – and one to tell your friends about.