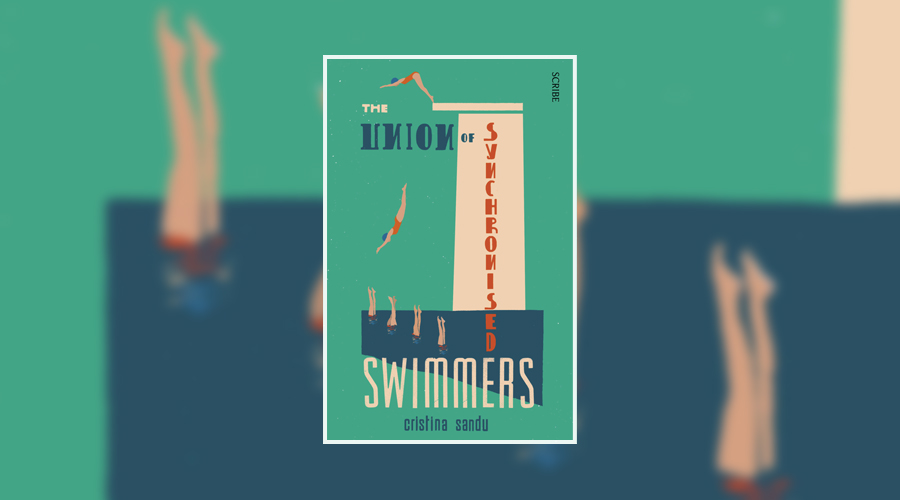 The Union Of Synchronised Swimmers is an unusual book. For one thing, it’s hard to understand without reading the blurb. Digging straight in, it would be easy to miss the relation between the six short stories and the tale that links them all, which centres on an unnamed team of young female synchronised swimmers from behind the Iron Curtain. After each of the stories, we return to the tale of the team and their progression from practise in a dirty river to competition on a much bigger stage.

From the blurb, we gather that the individual stories in the collection follow the girls once they have grown up and scattered round the globe, making new lives for themselves in places like Helsinki, Rome and California. They don’t refer back to their youth in the synchronised swim team – in fact, with no time markers, it’s hard to tell if one or ten years have passed since their escape from their unnamed homeland – but connecting them all is a sense of displacement, of never quite fitting in. As Sandra, on her way to Paris, accepts a lift from a hitchhiker, he mocks her thick accent when she speaks English. We meet Nina on the day she realises she has finally become fluent in Italian, but she soon realises there are downsides to being able to understand everything her colleagues say. Paulina in San Luis Obispo joins a fishing expedition, and quietly experiences a kinship with the Cameroonian immigrants who are the targets of racist abuse from some Americans on the boat. Though, as a white woman, her difference is easier to hide, she – like the rest of her teammates – continues to feel like an outsider, wherever they happen to be.

The Union Of Synchronised Swimmers is just a nose over one hundred pages, and it’s hard to see why it’s so short. There’s a wealth of meaty subject matter here, numerous emotional complexities to probe around the move from a communist country to a capitalist one, having a brief glowing moment of fame as a child before sinking into obscurity, and the historical context of the Cold War, but the shortage of space makes a potential dive into rich, rewarding waters more of a skim along the surface. You never get a chance to know the characters as people. You don’t get the time to fully invest in their situations. The Union Of Synchronised Swimmers is, both literally and figuratively, too thin.

Sandu’s prose (she did the translation from the original Finnish herself) is cool and crisp; she writes with evocative concision about the new environments her former swimmers have found themselves in. There are a few fascinating nuggets around the theme of being torn between countries; Nina’s struggle with balancing her old and new languages is particularly thoughtfully portrayed. It’s just such a shame that, overall, there isn’t the room here to make this book the absorbing read that it could have been.