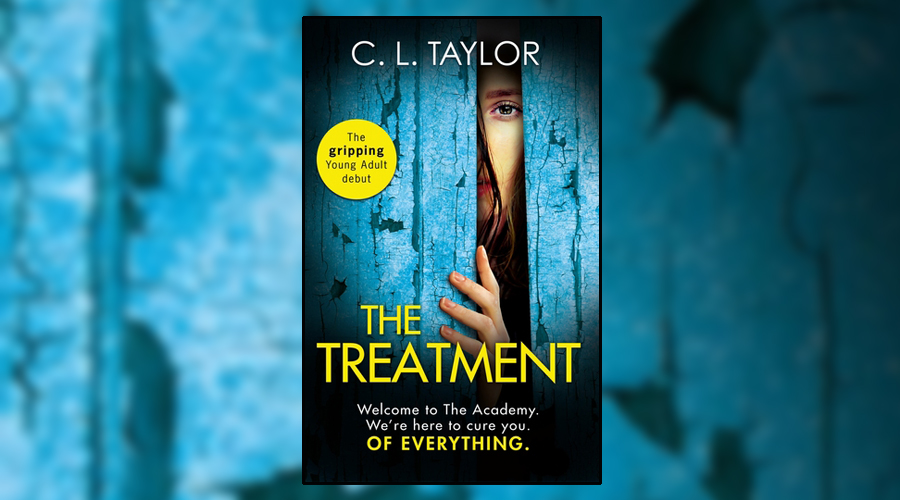 C. L. Taylor is best known for her gripping psychological thrillers but with her latest novel, The Treatment, she’s turned her attention towards the young adult genre. And with a book this good, it’s clear that the bestselling author has been holding out on us. YA is most definitely her forte.

Sixteen-year-old Drew Finch is an introvert with little interest in interacting with the people around her. She’s just trying to survive school and avoid the ridicule of her classmates, whilst living her life online under multiple aliases. She definitely wasn’t planning on following in her younger brother Mason’s footsteps by being sent to a residential reform academy. But when the mysterious Doctor Cobey follows her home from school and delivers a message from Mason, who claims he’s being brainwashed, Drew begins to wonder if there’s something more sinister about the so-called ‘treatment’ her brother is receiving.

By deliberately acting out and assaulting a fellow student, Drew gets exactly what she wanted: a one-way ticket to the Academy to see if her brother was telling the truth. Within days of arriving at the high-security Norton House, Drew’s worst fears are confirmed and she realises that her hastily devised plan to break Mason out of the institution isn’t going to work. With CCTV cameras and staff watching her every move, and a building that’s built like Fort Knox, Drew is tested to her psychological and physical limits in her pursuit to save her brother. But the rescue mission puts her in danger of the treatment too and this time there’s no kindly doctor to get an SOS message to the outside world.

“You have to help me. We’re not being reformed. We’re being brainwashed.”

Pitched by Taylor herself as ‘Prison Break meets One Flew Over The Cuckoo’s Nest but for teens’, The Treatment combines a pulse-racing pace with a menacing brainwashing concept to create the ultimate YA thriller. The story pits ordinary teenagers against tyrannical adults, as the staff and doctors attempt to wipe all trace of personality and individuality from the supposedly unruly students. It’s a testament to Taylor’s writing, as well as her research into the complexities of conditioning and reverse conditioning, that such a far-fetched storyline feels so scarily real.

Amongst the wider themes of psychological experimentation and conforming to society, Taylor weaves everyday issues like teen bullying and absent parents into the story, making us root for Drew even more. She also completely avoids a romantic sub-plot, allowing the focus to start and end with the central siblings, which is refreshing. This is a family-centred story about pure, human survival; there’s no time for Drew to get distracted and chase after boys (take note Divergent style novels). That’s not to say there’s not plenty of emotion in the book though; there’s the love between a sister and a brother, the bond between children and their parents, and the allegiance between strangers turned friends in times of crisis – all of which help the characters to keep going.

The Treatment is an engaging, thrilling and thought provoking read that will appeal to fans of Cecelia Ahern’s Flawed. It also leaves room for a sequel, which hopefully means we could see more YA books from C. L. Taylor in the not too distant future.