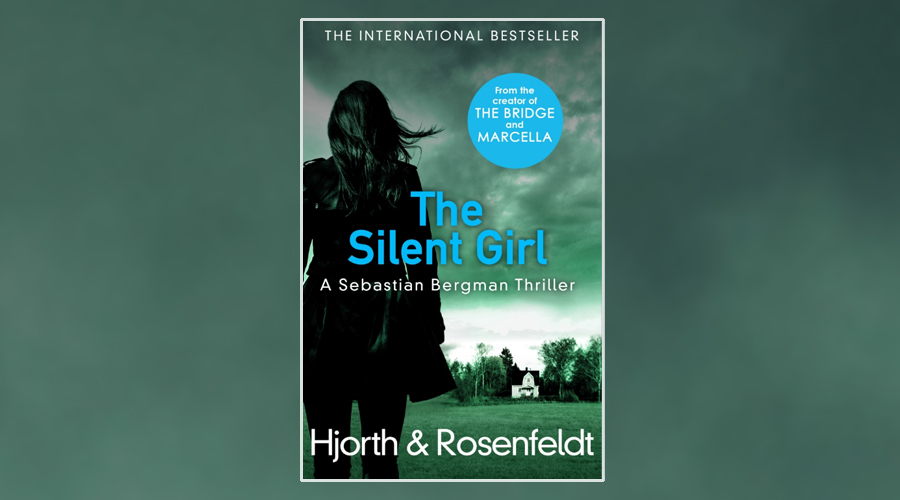 You don’t have to spend too much time reading Hjorth & Rosenfeldt’s The Silent Girl before you really get a sense of the authors’ TV screenwriting backgrounds coming into play. Even if you haven’t heard of Hjorth & Rosenfedlt before, you’ve probably heard of some of their hit Nordic Noir TV series – Wallander or The Bridge to name a couple – and from the very first page The Silent Girl is equally as rich, atmospheric and cinematic as its TV show counterparts.

Faced with a family of four shot in broad daylight and no credible suspects, Riksmord and Bergman are at a dead end, until they learn there was a fifth person at the house that day – a young girl who witnesses the murders and has fled the scene in fear for her life. Finding the girl becomes the top priority as she may be the key to solving the crime, but the killer is still out there, and he’s determined to track her down for himself first to finish what he started.

“The only thing she could hear was her own breathing. The silence was so complete that she might as well have been deaf. If she went blind and deaf in here, she wouldn’t even notice. But the darkness and the silence suited her. No one would find her.”

When it comes to the novel’s plotting, The Silent Girl is content to take it slow, building up the scene gradually and effectively until 100 pages have gone by before the detectives learn of the existence of the girl the readers are told about within the first two pages, not to mention the title. What’s presented as a race against time to find this girl and solve a murder then is actually so much more; this is a police procedural through and through, with all the false starts, misleads and investigation twists and turns you’d expect – and the girl of the title just happens to be one of them.

The characters are also strong but flawed three-dimensional players that lead you through the thrilling storyline with ease, with Hjorth & Rosenfeldt transitioning seamlessly between Riksmord’s core group to cover every aspect of the investigation from all angles and tease out revelations piece by gripping piece. The fact that three books have come before this one as well doesn’t take away from any of the drama or enjoyment. Yes, it may take a couple of flicks back to the character list to remember who’s who and where they stand in relation to everyone else, but it does click if you stick with it and it’s worth it if you do.

The Silent Girl is a compelling thriller, featuring realistic and empathetic characters and a mystery that draws you in. The silent girl herself, Nicole, is a small part of a big game, every piece of which has been carefully crafted and developed with the same care and attention given to big TV dramas.

The action in this novel can stall in places as the novel delves into characters’ thoughts and backstories and spends a beat too long on the detectives’ and the murderers’ inner reflections, but overall The Silent Girl is a quick-paced, well-crafted thriller that delivers what it promises and so much more.

The Silent Girl was published by Arrow on 16 November 2017