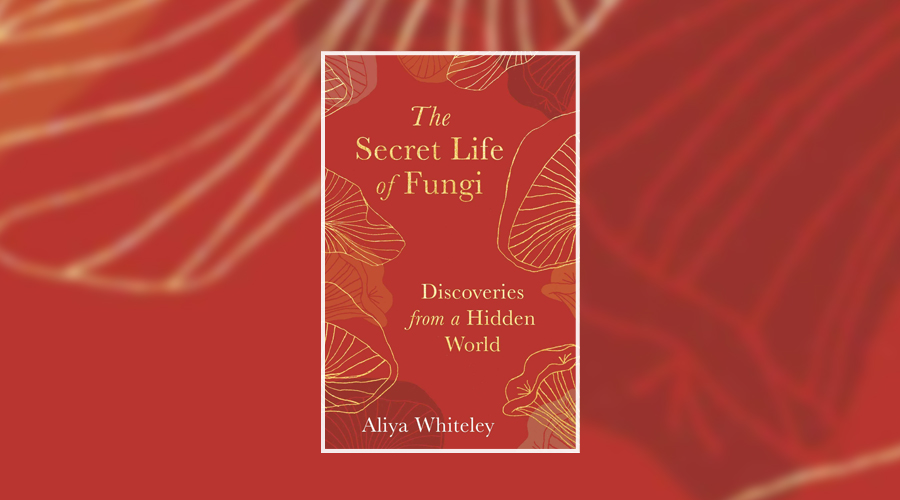 At a time of year when everyone is taken by the brilliant brown and gold hues of the autumn leaves, a greater party (in my opinion) is happening around our feet. Whiteley is of a similar mind, and in The Secret Life of Fungi: Discoveries from a Hidden World takes us through some of the strangest stories to be found in the family of fungi.

Fungi have always suited darker and mystical stories well, and have spread themselves through our folklore and history for millennia, as Whiteley enjoys discovering. They grow best in the world’s more hidden and decaying places, and Whiteley is well versed in their storytelling strengths, as can be seen in her 2014 novella The Beauty, where an unknown fungus has infected the female population and caused gender roles to be flipped in a strange new society. The recent discovery of the Ophiocordyceps unilateralis fungus, which infects ants, slowly eating at them from the inside and eventually erupting its fruiting bodies out of the ant’s head, has revitalised darker fiction, and particularly the zombie genre to terrifyingly realistic heights. Inspiration can be seen in M R Carey’s books including The Girl with All the Gifts, or the much lauded videogame series The Last of Us.

Whiteley covers these literary explorations of human’s relationship with fungi, as well as many other aspects of interactions, in brief, easily digestible chapters that cover everything from cities formed from fungal structures and mushroom recipes, to moulds that can compost plastics. The brevity of the chapters means that certain areas of the book don’t delve into topics as deeply as some readers would perhaps like, and those looking for a deeper dive into a more scientific exploration of fungus would do better to look towards other titles, of which there are plenty. Instead the book performs best to whet your appetite on a variety of different subjects, as well as a greater appreciation of how this diverse and astounding form of life interacts with and impacts the world around it. When the colours of autumn are gone and winter sets in, there’s still plenty of life to be found in the undergrowth. Time to get foraging.

The Secret Life of Fungi: Discoveries from a Hidden World was published by Elliott & Thompson Limited on 22 October 2020