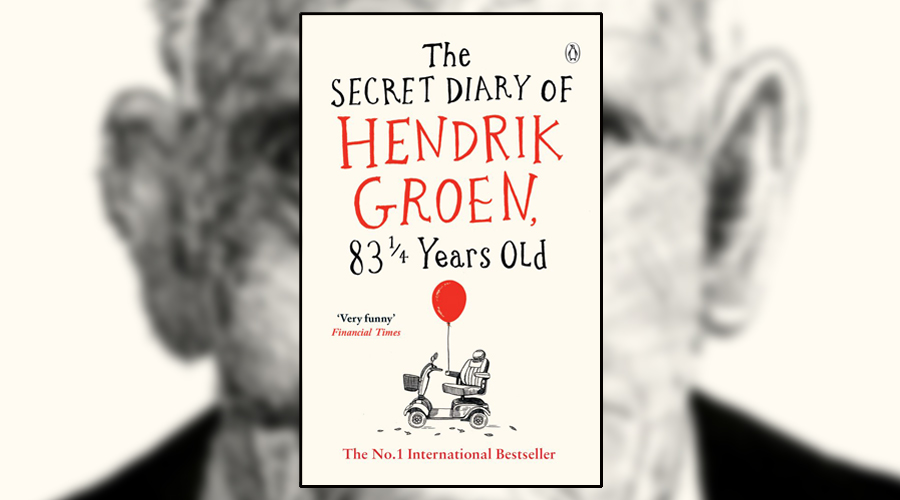 Hendrik Groen is living in a care home in Amsterdam where his body and its functions are gently deteriorating. He ‘lost’ his wife to dementia forty years previously following the shock death of his four-year-old daughter. Throughout his life he has been ‘ever the civil, ingratiating, courteous, polite and helpful bloke’, with his self-confessed speciality of ‘wanting to please everybody’.

Now, at age 83 ¼, rather than spiralling into depression he decides to write an uncensored exposé of a year in the life of the inmates of his care home. Together with a small group of his cronies, he forms the Old-But-Not-Dead Club, its aim being to organise excursions for themselves.

The Club not only provides a variety of hilarious outings but the tight-knit group of elderly mischief makers get up to rebellious antics to relieve the dullness of their daily routines and to thwart the strict care home house rules. If I end up in a care home in my old age, I hope I will have a co-resident with Hendrik’s unfailing optimism, compassion and sense of fun.

Written as a daily journal, The Secret Diary of Hendrik Groen is funny, honest, poignant and an absolute delight. You can tackle it as a dip-in-dip-out read, but believe me, you’ll be compelled to read it in one sitting – it’s that entertaining.

The Secret Diary of Hendrik Groen, 83¼ Years Old was published in paperback by Penguin on 13 July 2017

Book Review: On The Bright Side – The New Secret Diary Of Hendrik Groen