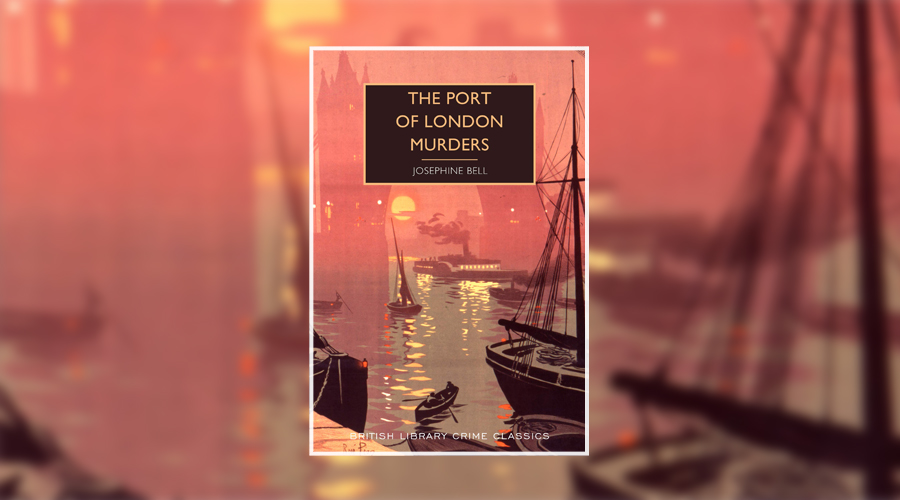 The arrival of the San Angelo into port in the Pool of London (the stretch of the River Thames from London Bridge to below Limehouse) brings more with it than simply late-running cargo as it kicks off a series of sinister events that culminate in kidnapping and murder. First, a near-tragic accident occurs when a young boy ventures too close to the river’s edge, and this brings together the boy’s sister, June Harvey, and his rescuer, Harry Reed. The unlikely couple find their nascent courtship interrupted by social factors outside their control. Then, some of the San Angelo’s cargo breaks loose during transit and floats away, revealing when found by passersby that the ship was carrying far more than its declared consignment. Meanwhile, a group of bright young things irritate each other at a house party as they puzzle over the peculiar relationship between wealthy Pamela Merston and unpopular Gordon Longford.

But it’s the death of impoverished and generally overlooked Mary Holland that marks the turning point from mystery to murder. Although her death initially appears to be a case of suicide by means of Lysol poisoning (a particularly painful way to go), Detective Sergeant Chandler spots the tell-tale needle marks on her arms and begins to suspect that there might be something more to it. His investigation sees him question Mary’s neighbours and the doctor who recently treated her, but just when he seems to be getting somewhere, and before he is able to testify before the coroner, Chandler disappears. At this point, Scotland Yard’s Detective Inspector Mitchell is drafted in to unravel the series of puzzles plaguing dockside residents.

Despite being originally published in 1938 and, of course, now being featured in the British Library Crime Classics series, The Port of London Murders differs quite significantly in terms of its tone, cast and central premise from the majority of other novels from the “Golden Age of Crime.” As Martin Edwards notes in his informative introduction to this edition, the book “reads like a precursor to the type of post-war detective fiction that was more realistic in mood than the typical interwar whodunit.” In fact, it’s really more of a police procedural or thriller than a mystery novel, as most of who did what to whom and why is clear from the outset. The interest lies in the different roles played by the large cast of characters as well as in how the police crack the case, rather than in figuring out “whodunit.” The lack of a focal puzzle will likely prove a disappointment to some readers, but the storyline is still engrossing and the book provides interesting insight into life in late-1930s London.

Given the marginalised and poverty-stricken lives that the majority of the characters are living, they stand in marked contrast to the folks commonly found in the country house mysteries that are more generally thought to characterise detective fiction of the period. (It seems highly unlikely that Miss Marple, Lord Peter Wimsey or any of the other famous amateur sleuths would pop in for a cup of tea with either the shirking Dunwoodys or the consumptive Popes.) The social commentary in The Port of London Murders – the lack of employment opportunities, the dire state of housing, the perilous health of many – represents an intriguing point of difference actually, as the class divide that features in many novels of the Golden Age leads to a focus on distinctly upper class persons and the odd chippy servant, with the working and under classes generally being overlooked.

Josephine Bell trained in medicine and worked as a doctor (under her real name, Doris Bell Collier) before her literary success allowed her to concentrate on writing full time. Her practice was based in Greenwich, which likely inspired both the setting and many of the characters in The Port of London Murders, while her medical knowledge added an extra sense of realism and detail to the plot. Although her regular series detective, Dr David Wintringham, doesn’t feature in this book, other doctors do play important roles and Bell includes some explicit information about both the process and consequences of Lysol poisoning as well as various maladies that characters are afflicted with. The detail provided isn’t as gory as that to be found in many modern crime novels, but it does mean that the present novel can be considered neither genteel nor cosy.

The Port of London Murders is an unusual book for its time and, while some characters are rather easy to muddle and the police investigation is a tad confused, there is plenty in it for crime fiction fans to enjoy. There are no big surprises or twists, but the various strands of plot are neatly tied up at the end and justice is ultimately done. The background detail and setting of the story are excellent, and there’s a surprising amount of humour woven in with the miserable lives that the majority of characters are living. It’s another worthy addition to the British Library Crime Classics series.