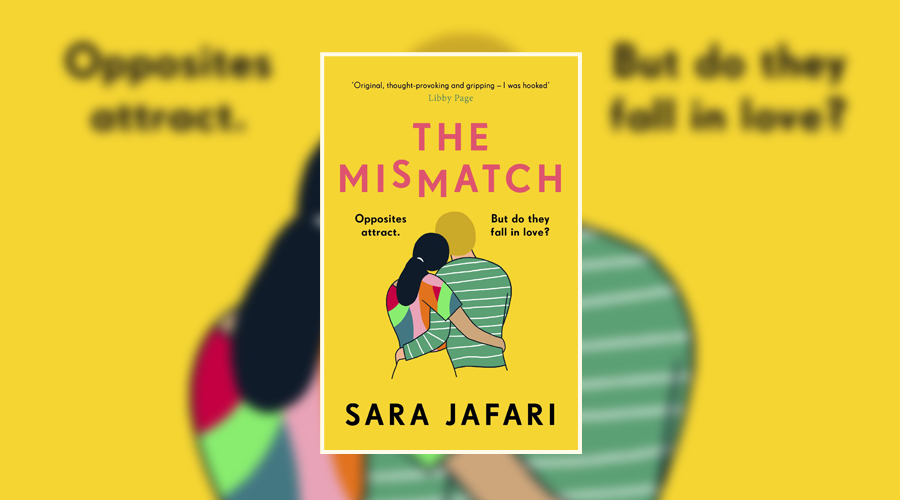 Soraya Nazari is a twenty-one year old girl from an over-protective Muslim family. Having recently graduated, she yearns to belong and make her mark on the world at the same time. She’s never been kissed but she’s sure if she can tick that off the list, everything else will fall into place. A chance encounter with Magnus Evans – a rugby player and outwardly typical British ‘lad’ – presents Soraya with an opportunity she can’t pass up. Magnus brings with him a whole heap of complications though. As the creative daughter of Iranian immigrants, Magnus is absolutely the last boy Soraya’s parents would ever approve of. He’s also her opposite in every way, but he might just be the perfect person to help her navigate this difficult stage of post-grad life and aid her on her journey of acceptance and understanding.

As Soraya gets to know Magnus and realises there’s more to him than meets the eye, we simultaneously follow the intertwining story of her mother, Neda, first in late-1970’s Tehran, then in mid-1980’s Liverpool and finally Brighton in 2015 (Soraya’s part of the story is also set in 2014/15. Like her daughter, Neda is also striving and struggling to belong. Having left Iran for England with her husband Hossein in the wake of revolution, she’s still affected by everything she’s experienced and her on-going struggles have an effect on her children’s lives too. Through flashbacks to the past, we learn more about Neda’s life in Iran and how she came to have such a dysfunctional relationship with her husband.

From a romance story perspective, Sara Jafari’s debut is an entertaining, heartening coming-of-age tale about first love, clashing cultures and finding your place in the world. But Soraya’s love life is just a small part of the book. The Mismatch is also an exploration of identity, expectations and children suffering from the faults of their parents. It really feels as if there are two sides to Jafari’s novel: one that plays out like a young-adult romantic drama, hitting all the urgent and hyper-emotional beats that come with two polar opposites meeting and falling for each other, and another side that handles weightier, more intense and adult subjects like abuse, addiction and religion. Jafari balances these varying elements of her novel with a deft hand, ensuring readers feel a whole spectrum of emotions whether they’re following Soraya’s journey or Neda’s – or how each story ultimately entwines with the other.

Soraya is a wonderfully written character; she’s torn between the strict rules and rigid beliefs she’s been brought up by, but she’s also a typical young woman living in contemporary Britain, and it leaves her feeling permanently conflicted. She feels pressure to live up to her parent’s expectations, pressure to keep up with her peers, pressure to make decisions about what she wants out of life when she’s still not entirely sure who she is. Neda’s perspective isn’t as prominent as Soraya’s but it still feels equally as important. She’s a woman who’s quick to learn and adapt – as the flashbacks show us – but she’s dragged down by her husband, who found moving to Britain more difficult than his wife. Their fractured relationship isn’t something Soraya can aspire to and it’s partly down to this that her own romantic life ends up being so complicated.

If you’re going into The Mismatch seeking a typical rom-com (as the colourful cover suggests), you’ll be left wanting. There are elements of romance and all the angsty, intense drama that comes with it, but there’s so much more going on in this novel and these other themes resonate more because they reflect a reality for so many British Muslims. Relevant, enlightening and refreshing in its portrayal of complex family dynamics, Sara Jafari’s debut is a rewarding read that packs a lot into its pages.

The Mismatch is published by Arrow on 24 June 2021