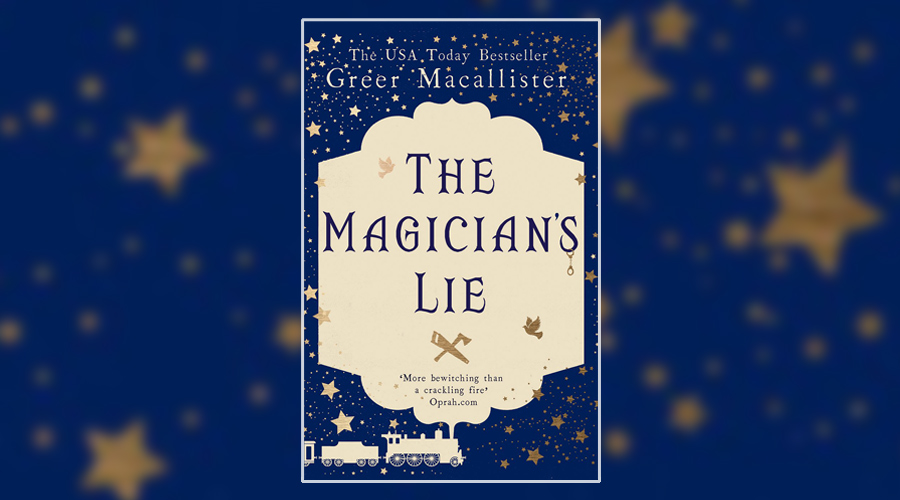 The Amazing Arden is the most famous female illusionist of her day, awing and shocking audiences across America with her tricks, including one where she saws a man in half on stage. For audiences who witness her shows, it’s the closest they’ll ever get to magic. But Arden’s legend is threatened when she decides to swap her trademark saw for an axe one night – a seemingly innocent alteration to the show which later links Arden to a gruesome murder.

Arden is connected to the crime by more than just the murder weapon though; the victim is her husband and when she’s caught fleeing town by young policeman Virgil Holt, all signs point at her being the killer. Captured and taken into custody, Arden is given an opportunity to tell her story to an unbiased and potentially sympathetic ear before the rest of the police force catch up with them. However, the story she has to tell isn’t the one Virgil was expecting.

Handcuffed to a chair as the hours tick past, Arden recounts her story from the very beginning, starting with her dreams of being a ballet dancer and the traumatic events that led to her running away from home, to becoming an illusionist’s protégé and, eventually, the renowned illusionist herself. It’s a tale that’s both spellbinding and tragic as it follows a young girl turning into a resilient woman and running from her past whilst seeking a brighter future.

“But this is life, and when bad things come to us, there isn’t much choice. You survive them or you don’t.”

With shades of Water for Elephants, Greer Macallister’s The Magician’s Lie is a gorgeous historical adventure filled with drama, theatre and exciting illusions. Arden is a fantastic character, at once charming and dangerous; like Virgil, the reader is never quite sure whether what she’s saying is the sad truth or an elaborate trick. Her entire life has been fooling people into believing what they see and hear is real, and her story could just be another extension of that. Yet the more she reveals of her past, of the men, women, mentors and tormentors that shaped her, the less it feels like fiction.

This is ultimately a love story and I was instantly swept up in Macallister’s whirlwind romance and the backstory that constantly hovers over it like a dark, menacing cloud. It’s also refreshing to read an illusionist tale from a female perspective, made all the more evocative by the late 1800’s/turn of the century era. The murder mystery element adds another level of excitement to the story too, making me constantly guess at who the victim was and whether Arden actually killed him or not.

With enchanting period detail and captivating characters, The Magician’s Lie shocks, surprises and amazes – just like its protagonist.