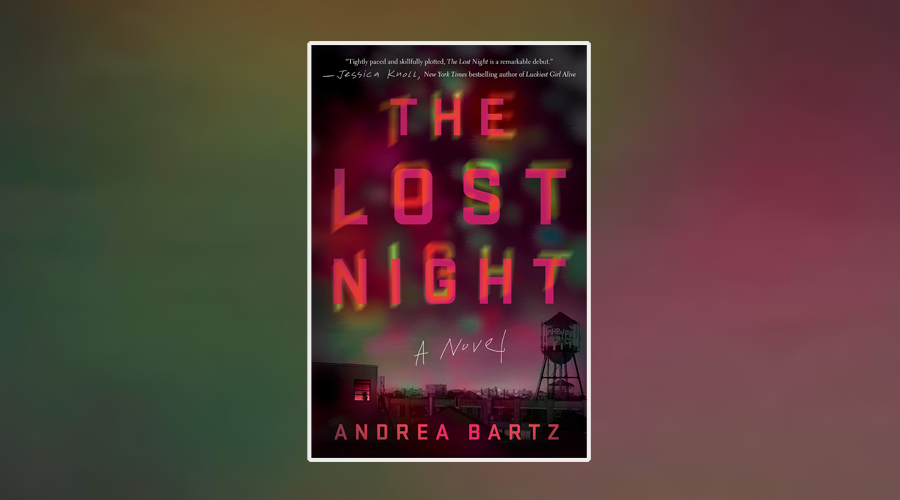 New York, 2009. Recent college graduate Edie is found dead, leaving behind a group of lost and confused friends. Her death, which is ruled a tragic suicide, brings an abrupt end to the group’s glorious, partying heydays, but a few of Edie’s friends are left with questions about what really happened that night. And that’s just the beginning of the story.

Ten years later, Edie’s best friend Lindsay has come a long way from her life in the artsy, drug-addled world of Bushwick in 2009. She’s got a good job, great friends and a decent apartment, but a reunion with one of the old friends she used to spend time with leaves her questioning what really happened the night Edie died, prompting Lindsay to sift through her own hazy memories of the final months of Edie’s life. By looking through old case files and reports, tapping into old emails, Facebook photos and cameras, and exploring the holes in her own fractured memories, Lindsay is forced to confront her own past and reconsider the role she played in the events to find out what happened that final, fatal night.

“Edie was the quiet star of every photo she appeared in, bony and freckled and so sure of her beauty. I stared at a picture of the two of us until tears gathered in my eyes; I’d both hated her and adored her, and for months after she died, I’d felt in my chest a black hole of grief, a sudden gaping absence.”

Andrea Bartz’s The Lost Night is a mystery that unfolds with a slow intensity, piecing together a puzzle built on old technology, foggy recollections and an unreliable narrator with a violent past – and does so with compelling ease, too. Between the close-knit, closed-door world of Bushwick at the height of the recession in the late ‘00s and the sleeker, chicer city space of modern-day Brooklyn, Bartz homes in on New York life with a keen eye and the kind of self-deprecating observations that can only come from first-hand experience and enough time and distance to appreciate that experience for all its greatness and absurdities.

As a leading character, Lindsay is both ever-practical and increasingly frustrating. Her job as a fact checker at a glossy men’s magazine ensures Lindsay has the kind of skills and analytical brain that would make investigating a decade-old death seem plausible, and yet, inevitably, she doesn’t always make the best decisions – and there’s nothing the reader can do but go along with her cringy, awkward, ill-advised choices. But while Lindsay is undoubtedly the driving force of The Lost Night, at its core the novel is about the group of bright, young things whose youth and innocence was shattered one night when one of their own was lost in such a violent and unexpected way. It’s a complex tangle of friendships and relationships forged at a time in your life when you feel confident, untouchable and invincible. Bartz takes pleasure in diving into the dark side of that first taste of freedom in excruciatingly relatable detail, exploring themes of friendship and identity with great nuance while playing up the obsessive, dark mystery underlying every page.

But mostly, and perhaps most importantly, The Lost Night is just plain gripping, encouraging you to read from start to finish in one fell swoop to find out what happened to Edie, and whether or not Lindsay was involved. It’s not quite as evenly paced as you’d want a novel of this kind to be – an intriguing prologue leads into a beginning that’s slow to get going, before the more engaging middle is stalled slightly by a dragged-out conclusion later on too – but the novel is split into four parts in a way that feels almost cinematic. Providing side characters with a chance to show a snapshot of their own lives leading up to the night of Edie’s death becomes a subtle and effective way of building up the tension beyond Lindsay’s own investigation.

The Lost Night is intriguing from the very first page, locking readers into a world where friendships, early adulthood and life in a big city are explored through a lens of nostalgia. Overall, it’s a fun, tense and captivating read – marking it as a brilliant debut novel that’s sure to hook readers easily.

The Lost Night is published by Crown on 26 February 2019