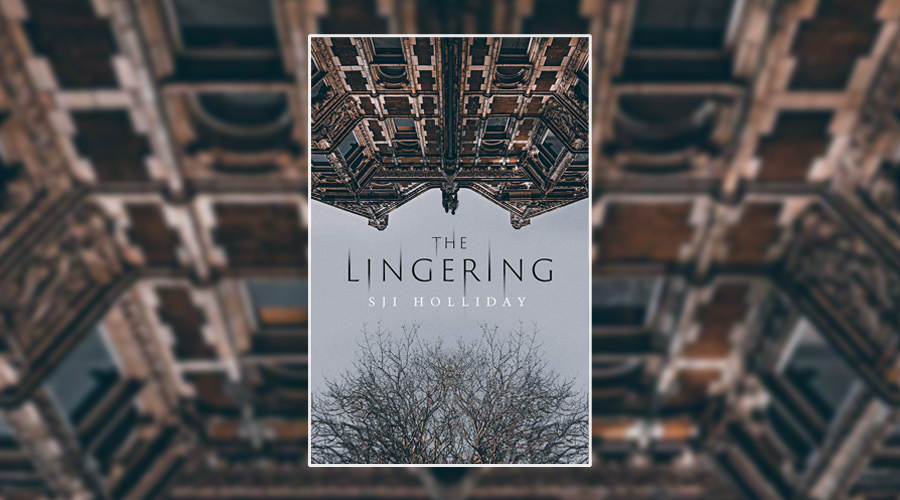 If you’re not done already with feasting yourself on the current (and welcome, in my opinion) glut of haunted house stories that are flooding the screens, from The Haunting of Hill House on Netflix to The Little Stranger in cinemas, The Lingering will be a welcome addition to your pile. Centring around this most classic of literary tropes, the new gothic horror title from independent publishers Orenda Books misses none of the essentials – a crumbling house, ghostly apparitions, hidden pasts, and of course, a creepy bath scene or two.

The book opens with couple Jack and Ali arriving at a hippyish commune based in a decrepit old stately home in the English fenlands, with its own appropriate amount of unsavoury history, including being previously home to a psychiatric ward and the surrounding area with tales of medieval witch trials and burnings. The commune is relatively cut off from the modern world, self-sufficient, and due to recent untold events, Jack and Ali are in dire need of a fresh start. The commune characters are appropriately odd, the house satisfyingly creepy, but it doesn’t take long to become clear that what haunts Ali and Jack may be hidden in their history, rather than in the confines of their new home.

It’s a neat twist to have the initially unassuming couple moving to a place of strange characters and dark pasts, to over time themselves become increasingly untrustworthy and potentially malevolent influences, a sort of Wicker Man tale flipped on its head. The real story of Jack and Ali’s past is revealed bit by bit to its satisfyingly nasty end, and works well to keep you engaged throughout the relatively slow burn that is the majority of the novel.

The story slightly loses its fear factor when for a few of the chapters the perspective is switched to that of a character from ‘beyond the veil’, whose chandelier shaking antics can’t help but diminish the scares from any other ghostly occurrences for the rest of the book. But if the horror was more to be found in the decidedly more realistic and disturbing abilities of humans to abuse power over one another, this is undoubtedly driven home in the book’s final act.

While missing the real unnerving terror of haunted house classics like The Shining, or the psychological chills of Rebecca or The Little Stranger, The Lingering is an enjoyable, frosty tale that is perfect to curl up with as the nights grow longer. Just don’t read in the bath.

The Lingering is published by Orenda Books on 15 November 2018