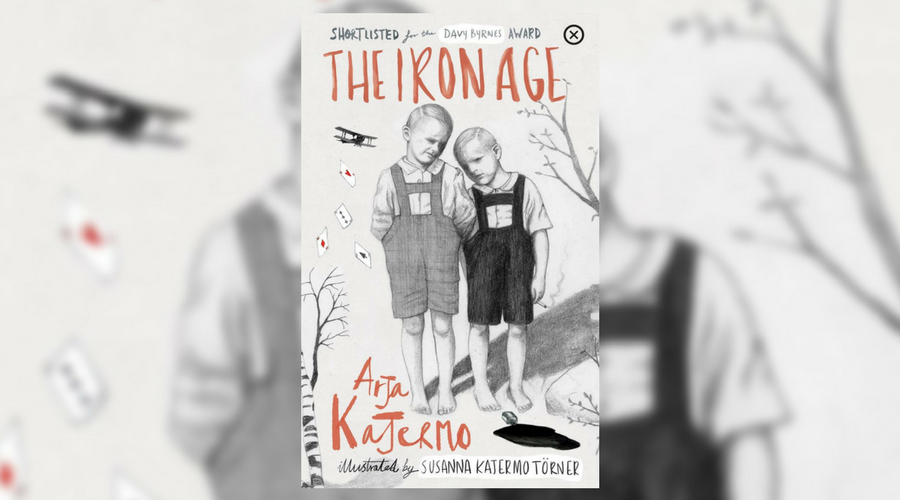 The Iron Age is a rustic coming-of-age story set in 1950’s Finland which incorporates subtle elements of folklore, lending the book an otherworldly vibe. The fairytale elements of the story are underscored by charming illustrations by Susanna Kajermo-Torner. The plot revolves around a Finnish family’s life, before and after the war, as acutely observed by the anonymous female child narrator. The events alluded to in the book include the Winter War and the Continuation War, which refers to hostilities between the Soviet Union and Finland between 1941 and 1944.

The book tracks the changes in the interpersonal dynamics of this Finnish family as they make the transition from a rural life to an urban one. The trade offs and adjustments required for such a transition are candidly observed by the narrator. The girl’s life at her grandmother’s farm is spartan and overshadowed by the cloud of war. Fables abound like not to turn away a witch at the door or invite bad luck and a slew of unverified war stories which are related amongst the men. Impoverished state of farmers and lack of money forces the family to relocate first to a small town and later to Sweden for a better future, which the girl later remarks means a cake instant mix. I would call the narration acerbic if it was not so guileless.

“The shrapnel that had gone into Father’s legs, in 1944 in the painful retreat when the war was lost, had somehow worked its way into his children. Each one of us carried a shard of that iron in our hearts. We would never be at peace.”

The family moves from Finland to Stockholm, trading one unhappiness for another, not finding the ‘future’ they are desperate for. The father’s character is the least likable; he is a miserable person who chaperones his family from one place to another in search of an elusive ‘future’ that he is not able to provide. He undervalues the women he is surrounded by, even though the strongest characters in the book belongs to the Grandmother and the girl’s mother, who are a lot more street smart and resilient than ‘the man of the house’. As the family settles into the urbane life, the father comes to detest the growing independence of the mother and justifies almost all his issues with lack of communication and detachment as repercussions of the battle he took part in. He comes across as a weak character who resorts to violence to prove his masculinity. Arja subtly alludes to the prevalent sexism of that era in this vein.

The girl is buoyant and her experiences soon make her wary of words as a medium of expressions. She becomes mute, immersing herself in books, which give her a chance to shed her skin and be somewhere else. She is quite close to her brothers who treat her as one of the boys but they are quite aloof from their parents. This detached relationship between parents and children is quite usual for families of that era. Also, their precarious financial condition left the parents no time for mollycoddling, something the narrator notes matter-of-factly.

Another poignant topic the writing addresses is that of identity. The dislocation the family feels leaps out in the section when they move to Sweden. Because of the tensions between Finland and Sweden, the family never quite knows what the natives expect of them. The father’s cognitive dissonance is revealed in how adamant he is on Finnish-ness yet he constantly admonishes his children’s assimilation.

The Iron Age brings alive a utilitarian life and a very different world which is hard to relate to but Arja’s prose is fluid and unembellished which makes for easy reading. It sheds light on a more obscure war in history and the resilience of human spirit. The anecdotes of every adversity are rounded off with a wry comment or witty retort, which lends some much-needed levity to the writing.

Initially breezy, the tone of the book gradually becomes darker as Arja draws our attention to the impact of poverty and war on the psychology and relationship dynamics of a family. The ending is hazy, providing no easy answers, which befits the general tone of the story which is authentic, disarmingly honest and engaging.