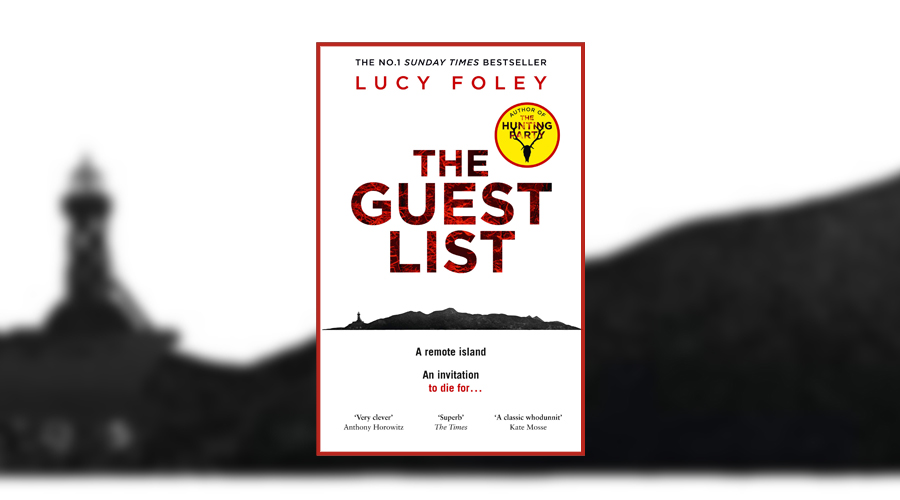 Set against the backdrop of an eerily cut-off island reminiscent of And Then There Were None, Lucy Foley’s The Guest List combines clever contemporary thrills with a classic whodunnit that wouldn’t be out of place in an Agatha Christie novel. Yet while Foley’s plot might be a nod to its expertly twisty predecessors, this is a tense psychological mystery firmly rooted in the modern age, exploring themes of male privilege, celebritydom, mental health and the dangers of dating sites and the Internet.

Foley invites readers to the whirlwind wedding of the year on a remote private island off the Irish coast. Influential and ambitious magazine founder Jules Keegan is the blushing bride but just how well does she know Will Slater, her adventurous Bear Grylls-esque TV star husband to be? Amongst the guests and wedding party are old friends with past resentments and family members with hidden jealousies. The question is: which one of them is capable of taking their grudge one step further by committing an act of murder?

Even if you haven’t read the synopsis, it’s clear from the off that this isn’t going to be the dreamy celebration everyone is expecting it to be. A body will be discovered on the wedding night and there’s a list of suspects, all with means and motives. Adding to the mystery is the question mark surrounding who the body belongs to, which remains unknown until the final chapters. Jules might have meticulously planned every detail of her special day but in bringing together old friends and secret enemies, she unwittingly sets the perfect scene for a grisly crime.

With all great murder mysteries, divulging too much of the plot is an act of sabotage that would only ruin the delightfully cryptic and on-edge nature of Foley’s tale. There’s a macabre undercurrent to the story as it delves into the potential suspects’ perspectives and pasts, from Jules’ fragile sister and sole bridesmaid Olivia, who’s struggling with a personal trauma she can’t divulge, to Will’s best man Johnno, who’s spent his life standing in his superstar friend’s shadow. Throw in a green-eyed plus one and an eager-to-please wedding planner and there are plenty of people teetering on the precipice of ruining the party.

Entertaining, atmospheric and expertly paced, The Guest List keeps readers guessing until the very end – at which point you’ll have considered every possible suspect and every plausible motive and, miraculously, still be surprised by the outcome. If you like your whodunnits slow-burning and brilliantly suspenseful, you’ll love this.

The Guest List is published by HarperFiction on 20 February 2020