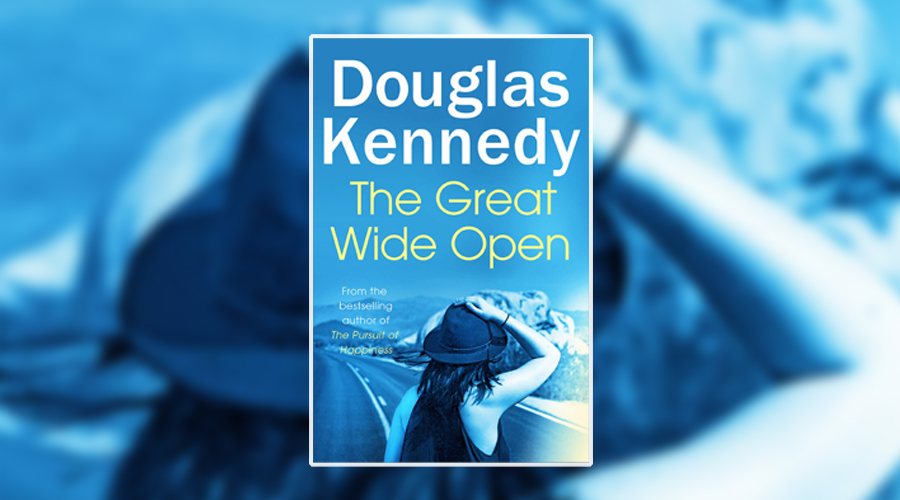 Following Alice Burns and her troubled parents and brothers from the early 1970s to the late 1980s, The Great Wide Open is an epic tale that explores the ways that secrets and lies can poison a family.

At nearly 600 pages, The Great Wide Open is a long read. There’s a real whiff of self-importance to both the weight of this tome, and Douglas Kennedy’s decision to make it an ‘issues’ book; hitting on such global events as the 1973 Chilean coup d’état, The Troubles in Ireland, Watergate, and the AIDS crisis. Alice becomes positively Zelig-like as she interacts with most of the major historical moments of the seventies and eighties, each of them explained as if to a small child who didn’t know that the eighties were synonymous with greed, or that Richard Nixon was not an upstanding guy. Kennedy writes like he thinks his audience are entirely unaware of the time period, which is both frustrating and dull.

This could have been surmountable with a more compelling Zelig, but instead we have Alice Burns. She does not make great company. Sure, she’s been through a lot – as she and the fawning characters around her state on every page. She’s got a difficult family, and she’s lost a couple of close friends. So have a lot of people. Alice spends the majority of those 600 pages feeling sorry for herself. She moans endlessly, whilst an array of allies continue to tell her how wonderful she is. If she was interesting in her bitterness – astute or viperous – then maybe she might be easier to tolerate. But she’s so mopey and so beige, it’s hard to fathom what all these people see in her.

Kennedy has a couple of annoying habits that pop up again and again. With Alice a literature student, and later an editor at a top-flight NYC publishing house, most of the characters we meet are writers. Anytime one of them says something pseudo-profound, another compliments their way with words. This happens frequently. Because, of course, it is Kennedy who crafts these phrases, this stinks of self-aggrandisement. There’s something very off-putting about a book where the characters are called upon to praise the writing talent of the author at every opportunity.

A smaller, but just as persistent annoyance, is Kennedy’s odd punctuation. On most pages, sometimes multiple times, a line will be bifurcated by ellipses. And this is for… no reason. It gives the dialogue a bizarre feel, as though the characters can’t talk to each other without pausing dramatically in the middle of their sentences. There are plenty of larger problems with The Great Wide Open, but this is the one that crops up the most often.

The book isn’t completely without redeeming qualities; Kennedy’s descriptions of Dublin are evocative, and things start to pick up a little in the last fifty pages. Overall however, The Great Wide Open is overlong, turgid, and better off avoided.