Book Review: The Family Next Door by Sally Hepworth 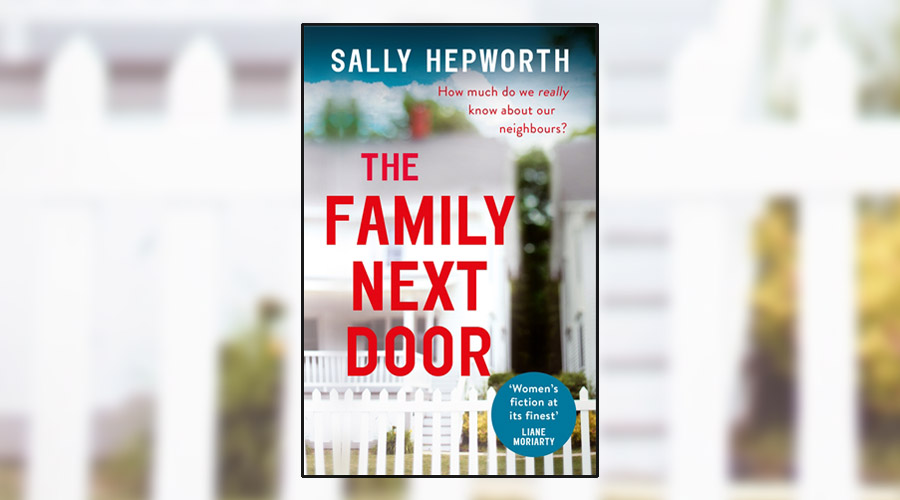 The small, picturesque Melbourne suburb of Pleasant Court is exactly that: pleasant. Children play happily in the street, neighbours greet each other cheerfully as they leave the house; there’s no crime, no threat, no animosity. When Isabelle Heatherington moves to the upmarket suburban paradise, she instantly sets the neighbours’ tongues wagging. Pleasant Court is a street for families, and Isabelle – who’s husbandless, childless and elusive when it comes to her personal life – doesn’t fit the desired demographic.

As Isabelle settles into her new home, three of her neighbours gather together for a conspiratorial gossip about the latest addition to their quiet street. Put-together real estate agent Ange likes to be in control of every aspect of her life and sees herself as the self-appointed architect of Pleasant Court, obligated to keep it safe from outsiders. Intellectual Fran has the perfect family but she panics every time her husband goes near their baby daughter. Lastly there’s Essie, whose history with post-natal depression has made her determined to get things right with her second child.

Their collective fascination with Isabelle over the course of a sweltering heatwave only magnifies the cracks in their own lives. Unbeknown to each other, all three women are hiding secrets that threaten to rip their families and Pleasant Court apart. Instead of confiding in each other, alleviating the stress and strain, the women box up their problems and fears until it becomes a fraught waiting game over who’s going to crack first.

“Things were far better watched from a distance… When you watched too closely, you saw things you didn’t want to see.”

Interchanging between Ange, Essie, Fran and Isabelle’s perspectives, The Family Next Door is a domestic drama about women and the secrets they carry in silence. Sally Hepworth writes about mothers, daughters, wives and friends in a similar way to Liane Moriarty, making this a story that’s driven by its female characters. They view each other’s lives from the periphery, making assumptions about neighbours and strangers alike, but don’t actually see what’s behind the seemingly perfect facades.

These women are relatable and real – they slip-up, react inappropriately and make split-second judgements about other people without knowing the whole story. They’re not perfect; they’re human. And humans make big, blundering mistakes. What comes across throughout the story is the characters’ capacity to forgive, even when they can’t forget, and it makes empathising with the central four extremely easy.

As far as plots go, it’s fairly formulaic stuff if you’re a frequent reader of the contemporary domestic drama genre, but the final third of the book is where it really heats up, as secrets spill over and the women reach their individual breaking points. Hepworth has a superb twist up her sleeve too, which turns the whole story on its head and comes as a genuine, I-really-didn’t-see-that-coming surprise.

With its strong central focus on women, marriage, motherhood and mental health, The Family Next Door is perfect for fans of Big Little Lies, offering up a realistic and suspenseful exploration of women juggling family lives with personal demons.