Book Review: The End of the Day by Claire North 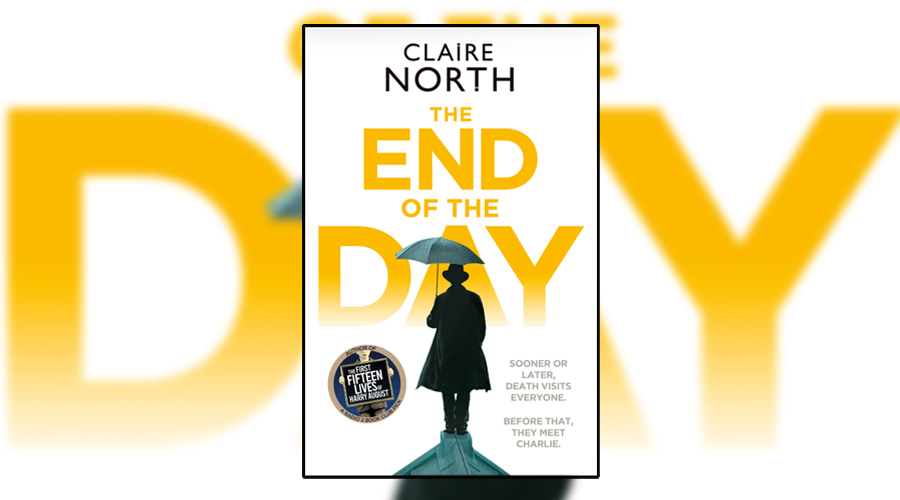 Claire North’s previous sci-fi/fantasy book, The First Fifteen Lives of Harry August, was a huge success when it was published in 2014, gaining praise from the Richard and Judy Book Club, as well as Waterstones and BBC Radio 2. At the time it was the fastest selling new SFF novel of the past ten years, which gives a reader certain expectations going into the author’s subsequent books. Swapping time-travel for globetrotting harbingers, North’s latest novel, The End of the Day, has that same poignancy, philosophical nature and literary sophistication that made Harry August such a triumph.

The story follows Charlie, who’s the harbinger of death. He’s a regular guy, without the paranormal/mythical qualities one might stereotypically associate with death’s messenger. He travels around the world, visiting people in hospitals, in warzones or at the scenes of awful accidents. He might arrive on someone’s front porch or at their place of work, in the dead of night or the middle of the day. The settings and reasons vary but Charlie’s call is the most important meeting of a person’s life. He is either there as a courtesy, to honour something that’s about to end, or as a warning, to signal and jumpstart change.

Being the harbinger of death is a tough job, and although it enables Charlie to see the world, to witness different traditions, beliefs and ways of life, his visits aren’t always well received. Whilst some people welcome Charlie’s presence with open arms, others don’t even give him the chance to explain why he’s visiting. Along with his colleagues, the harbingers of war, famine and pestilence, Charlie carries out death’s wishes, but it isn’t long until the pitfalls of the job begin to catch up with him physically and mentally.

“Words, rolling on. Sometimes the Harbinger of Death hears these words, words of house prices and commutes and the price of pasta and the new washing machine and the difficulty of finding a place to dry your wet clothes, and they make him indescribably sad.”

What stands out about this story from the start is just how humane and vulnerable Charlie is. You might expect the harbinger of death to have certain supernatural abilities, but Charlie is just an ordinary man with an out of the ordinary career and a very powerful boss. The concept of death’s harbingers being literal human beings is brilliant and it covers some weighty themes that’ll have you contemplating them long after the book ends. However, whilst the similarly philosophical Harry August compelled you to keep reading, The End of the Day feels like the book equivalent of quicksand.

It’s a heavy and at times harrowing read that doesn’t always seem to know where it’s heading. The book meanders along at a steady pace, as Charlie travels from one appointment to the next, but it’s not an immersive journey. The fact that it’s such a long novel also makes the story feel sluggish and disjointed. Cutting it down and condensing Charlie’s story would have upped the pace, making for a more exhilarating but no less thoughtful tale.

North is a gifted author with a talent for writing compelling characters and tackling deep-thinking subjects. But in the case of The End of the Day, these weighty, overarching themes seem to overshadow the actual narrative. It’s a challenging read that lacks oomph, and whilst there are moments of brilliance – Charlie’s perilous visit to Nigeria or an equally risky expedition in the Northern Hemisphere – there’s ultimately a lack of satisfaction when the story ends. Here’s hoping North’s next book can take us back to the literary magic that made her a word-of-mouth bestseller to begin with.