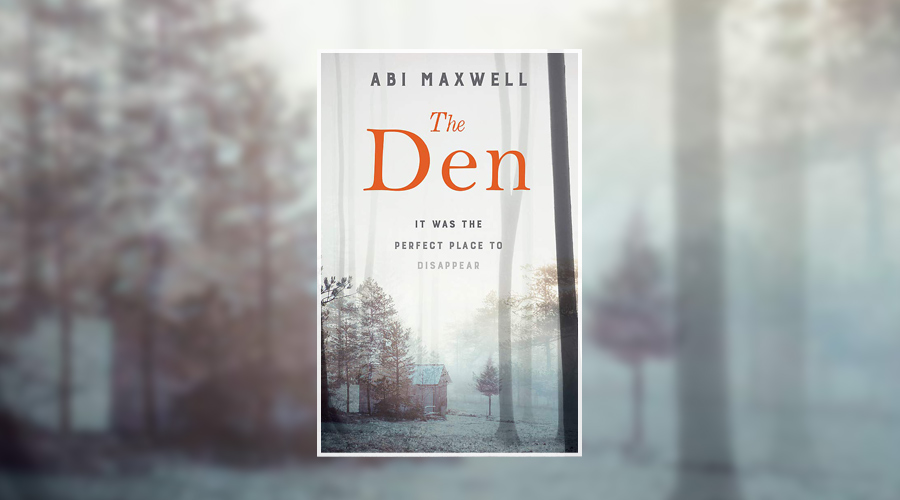 The present day. Jane and Henrietta are two sisters who live with their parents in a farmhouse in a small New England town. Henrietta is a rebellious soul, frequently getting into boy trouble. One day, out of nowhere, she disappears.

The mid-nineteenth century, the neighbouring house. Scottish Elspeth is sent away by her family for conceiving a child out of wedlock, and she and her boyfriend make their home in America. Years later, on a bitterly cold January night, the couple and their now three children disappear without a trace. Back in Scotland, Elspeth’s sister Claire tries desperately to discover what happened.

The Den, the debut novel of Abi Maxwell, follows Jane and Claire in their search for their sisters, and Elspeth and Henrietta as they try and make new lives for themselves. As it turns out, both sets of sisters have a lot in common…

At itscore, The Den is a story about sisterhood. To some extent, both sets of parents abandon their wayward daughters. It is their sisters who keep looking for them long after everyone else has stopped. The relationship between sisters is the most important relationship in the lives of the women; whatever romances come their way, they never supersede that bond between the siblings. Or to put it another way, sisters before misters!

This is one of those rare books that could have actually done with being longer. Maxwell’s novel is dense, and involves many different themes, locations and characters. It’s simply too much to fit in to 320 pages. There isn’t enough space to do the story justice, and so the book has an oddly abridged feel. Big milestones – page-worthy milestones – are skipped rapidly over; one character’s son is a baby in one chapter and a teenager in the next. People meet and marry within a few sentences. It always seems as though we’ve just missed out on something important.

Of course, wishing that the book were longer is really a tribute to Maxwell’s writing. The worlds she creates are so rich, you want to spend more time in them. You want to get to know these characters better. You want her to delve further into these potent issues of family and feminism. If there wasn’t the promise of something great here, then it wouldn’t be so disappointing that it never quite comes to pass.

Still, within the pages that she does have, Maxwell weaves an absorbing narrative. Each chapter is told from the viewpoint of a different sister. Although many of the chapters would work as standalone stories, it’s impressive to see how immersively she weaves the lives of the four women around each other to tell a grander tale of old ties and new starts, societal rejection and sororal love.

Whilst The Den would have benefitted from having a much higher page count, it remains a compelling novel and a moving paean to sisterhood.